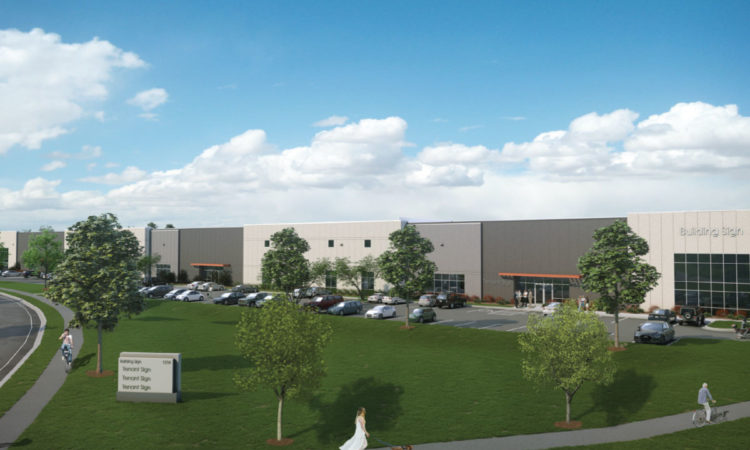 Despite the pandemic, e-commerce growth is fueling the demand for warehouse spaces in the Twin Cities metro.
By Burl Gilyard
December 14, 2020

For just about everyone in commercial real estate, the Covid-19 pandemic has brought economic challenges. Many offices are sparsely occupied, and the leasing outlook is uncertain. Many retail tenants are going bankrupt or closing stores. Hotels have seen the worst year that anyone can remember, because travel in the United States has dropped so much.

But there is one bright shining star: industrial property. Demand just keeps growing. The pandemic has meant that people everywhere are increasingly shopping online and turning to e-commerce. That’s good news for industrial properties because e-commerce retailers need space to store all of the stuff they’re selling. Industrial is the rare commercial real estate market that can still support spec (short for “speculative”) development, in which a developer starts building a project with no signed leases in hand.

The project pipeline for Minnetonka-based Opus Group reflects the strength of the industrial market. Earlier this year, the company completed two spec projects—a 204,120-square-foot project in Maple Grove and a 152,000-square-foot project in Eagan, which it expects to lease up quickly. In July, Opus started two build-to-suit projects: 131,000 square feet in Shakopee for Cherne Industries, a subsidiary of Cleveland-based Oatey Co., and 265,630 square feet in Owatonna for Bosch Automotive Service Solutions, a subsidiary of Germany-based Bosch.

Opus finalized the deals and started construction on both build-to-suit projects in the middle of the pandemic.

Cattanach says there was a pause in the market in April and May as everyone was assessing the effects of the pandemic. Ultimately, he says, “users still said, ‘We need the space.’ ”

In late August, Opus kicked off another spec deal, a 130,000-square-foot project in the “Golden Triangle” area of Eden Prairie. Located in the city’s northeast corner, the large office and industrial park is named for the triangular shape created by the highways that serve as its boundaries. Altogether, Opus has more than 880,000 square feet of industrial projects either recently completed or under construction in the Twin Cities metro area. But given the strength of the demand, the company is still searching for more.

“We are actively looking at additional sites for more industrial,” Cattanach says. “The metrics do remain strong for industrial.” 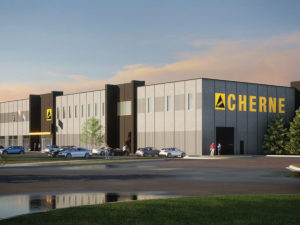 Cattanach points to the spec project under construction in Eden Prairie as an example of the confidence in industrial projects in the capital markets.

“Our lenders were right there with us,” he says. “That’s another testament to confidence within the industrial sector.” He reports that loans continue to be secured even on full speculative projects.

United Properties recently completed a 302,644-square-foot spec project in Shakopee and is wrapping up work on an 80,000-square-foot build-to-suit project in Inver Grove Heights for Simpson Strong-Tie, a brand of California-based Simpson Manufacturing Co.

Looking ahead, Brandon Champeau, a senior vice president with United Properties, says the company is looking to go spec with industrial projects in Brooklyn Park, Burnsville, and Inver Grove Heights.

“Over the next three years, we’re projecting to build north of 1 million [square] feet” of industrial property, says Champeau. He estimates that half of those will be spec projects, the other half build-to-suit developments.

In Inver Grove Heights, United Properties has additional business park land around the Simpson Strong-Tie project. “We’ve got the ability to do four additional buildings around them,” Champeau says.

Verified: What Gift Makers Give
Nonprofits Focus on Financial Empowerment
Flush with Opportunity
Maneuver to Mobile

The industrial market bounced back in short order after the Covid-19 pandemic began turning most of the economy upside down, he says.

“After that initial shock where all of us were frozen wondering what’s going to happen next, it rebounded really quickly,” Champeau says. He notes that deals are being driven by e-commerce, manufacturing, and third-party logistics companies.

John Ryden, a veteran industrial broker with the local office of Los Angeles-based CBRE Group Inc., is bullish on the market. Ryden says that CBRE tracks “requirements”—specifics of space sought by tenants—across the market and is seeing 10 million square feet of requirements in the Twin Cities market.

“Those are users in the market looking for space,” says Ryden, a senior vice president with CBRE. “It’s the most we’ve ever recorded.”

Ryden says some of the growth is being driven by retailers who want warehouses closer to home. “A lot of companies out there are telling their suppliers that they want to keep more inventory in the U.S. and they’re needing more space for that,” says Ryden, who cites the home improvement market as an example.

Another sign of the health of the industrial market? Rental rates are going up. Ownership of local industrial property has consolidated in recent years; big players like New York-based Blackstone now own notable chunks of the local market. Those large owners have been pushing rates higher.

“That has had significant impact on rental rate growth. We’ve definitely seen more rental rate growth in the last year than we saw in the 20 years prior,” Ryden says. “For many years the knock on our market was that the rates never moved.”

Then there’s the elephant that’s not just in the middle of the room but is taking up most of the room all by itself.

Seattle-based Amazon.com is in a category unto itself. In October, the Lakeville City Council approved plans for a new 750,000-square-foot Amazon fulfillment center. The building will be 50 feet tall, which would be comparable to a four-story structure. Lakeville Mayor Doug Anderson says the building will be “five football fields long.” Indianapolis-based Scannell Properties is building and developing the project.

Amazon’s numbers are mind-boggling. The Real Deal, a commercial real estate news website, reported in July that Amazon intended to increase its warehouse space by 50 percent in 2020. The website also reported at the time that Amazon already had leased approximately 11 million square feet of distribution and warehouse center space in the Chicago area this year alone.

Mark Kolsrud, senior vice president with the local office of Toronto-based Colliers International, is a veteran investment sales broker. He says today there is more institutional capital than ever chasing industrial real estate.

Earlier this year Kolsrud’s team brokered the reported $650 million sale of Minneapolis-based CSM Corp.’s industrial portfolio. It stands as the largest investment sale of commercial real estate in Minnesota history. The deal included some property in Colorado, but the bulk of it was in Minnesota: about 55 properties with 5.7 million square feet that accounted for $600 million of the sale price.

“Large funds have created enormous capital, and that capital is pursuing asset-based investment, and of that, industrial is the best,” Kolsrud says.

Some of the underpinning economic changes look to be permanent. Given that, Kolsrud sees a long horizon for the industrial property market.

“It’s clear that this is not a short-term trend,” Kolsrud says. “Industrial is going to continue to be the darling, so to speak, over the next long period. Manufacturing is obviously a part of industrial, but I would say general warehousing is the predominant part of it.”

In the current environment, competition among buyers to acquire industrial properties has gotten fierce.

“The buyers are so aggressive and competitive today,” Kolsrud says. “There are more buyers than sellers, that’s for sure.” 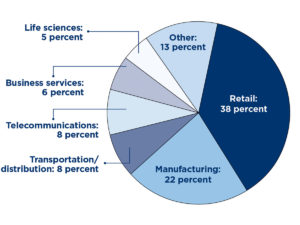 How low? According to the local office of Los Angeles-based CBRE Group Inc., the industrial vacancy rates for the Twin Cities metro stood at 4.6 percent, near historic lows, at the end of the third quarter.

CBRE saw strong leasing activity, with absorption of 1.22 million square feet of space during the third quarter. (“Absorption” is a commercial real estate term that measures the change in occupied space.) CBRE’s stats mean that local industrial space users occupied 1.22 million more square feet of space at the end of the third quarter compared with the end of the second quarter.

CBRE reported year-to-date absorption of 1.69 million square feet in the industrial market for the first three quarters of 2020. The third quarter alone accounted for 72 percent of the space absorbed.

There’s also a strong pipeline of projects in development. CBRE found 2.1 million square feet of industrial space under construction across the metro.

CBRE tracks the industry categories of companies leasing space. Retail and manufacturing together accounted for 60 percent of all third-quarter leasing activity. —B.G.

A national industrial market overview from Chicago-based Cushman & Wakefield found that the third quarter of 2020 was the best of the year: “Despite the global pandemic causing economic turbulence, the U.S. industrial market, with the continued support of tailwinds like e-commerce, has managed to accelerate through the first three quarters of 2020.”

C&W reported that industrial leasing demand had increased in 43 of the 80 U.S. markets that it tracks compared to 2019. “Among the key drivers stimulating this level of activity are digital sales, sparking more e-commerce leasing, as well as third-party logistics providers that occupy warehouse/distribution space. New leasing activity in logistics space accounted for 392.6 million square feet, which represents 86.3 percent of all new leasing activity across all product types in the third quarter.”

C&W reported a national vacancy rate of 5.3 percent for industrial properties, an enviably low number that owners of office or retail space can only dream about. As demand for space continued to grow, C&W saw industrial rental rates had increased 2 percent year-over-year.

The bottom line? Looking to the horizon in the industrial market, C&W’s outlook sees “no letup in demand.” —B.G.