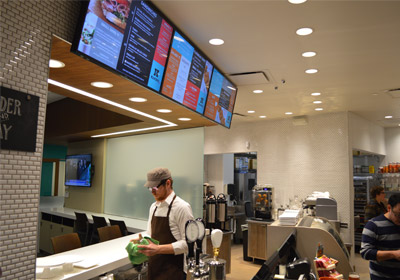 Housed in Edina, the restaurant had its soft opening on Friday but hosted its official grand opening on Monday.

Dunn Bros Chief Marketing Officer Laura Radewald told Twin Cities Business that Maker’s Cafe is designed to provide a very “local experience” and is a “celebration of all things homemade.”

In addition to promoting local businesses, Maker’s Cafe also highlights homemade products from individuals in the local community. Near the front of the shop is a merchandise table featuring things like homemade candles, bags, artwork, and even books, which the company discovered on handmade online marketplace Etsy.com.

“We call it an ‘Etsy Pop-Up Shop,’” Radewald said. “We reached out to Minnesotans on Etsy and said we’re looking for homemade products for people to sell in our cafÃ© and the response was wonderful.”

Radewald said there is no fee for the makers to showcase their items in the restaurant but that Maker’s Cafe takes a percentage of the sales.

Although Dunn Bros had considered creating a new restaurant brand in the past, Radewald said the idea for Maker’s Cafe developed when local startup Cafe Inc. approached the company for a partnership.

Cafe Inc. is a new “upscale” co-working space that opened a 6,500-sqaure-foot space adjacent to Maker’s Cafe in mid-January. Cafe Inc. said its purpose is to provide professionals with an accessible and affordable shared working space that also offers amenities and security features typical of a traditional corporation.

The firm offers several membership options, starting at $49 per month for an entry-level “flex membership” in addition to a $99-, $199-, and $399-per-month options. The plans offer different levels of accessibility and hours individuals can reserve space.

In partnering with Dunn Bros, Cafe Inc. aimed to separate itself from other local co-working spaces like Joule and CoCo in Minneapolis by giving its members the opportunity to work in both a private space and the neighboring public cafÃ©.

Radewald said certain members of Cafe Inc. will get benefits on Maker’s Cafe products and that the restaurant will have a dedicated service window for the working space members.

“We hope to be a hub for the local business community, a place where they can get high-quality food,” Radewald said. “There’s a lack of fresh dining options for a region that has such a high density of corporate offices.”

The two sites are near Interstate 494 and Highway 100. According to Radewald, some of the nearby businesses include: Seagate, Regis Corporation, a DoubleTree hotel, BI Worldwide, and PPG Industries.

Radewald said Maker’s Cafe plans to grow alongside Cafe Inc., but that both businesses are still in a “proof of concept” stage. In November, Cafe Inc. said that it hopes to open approximately 100 locations over the next five years—expanding from the Twin Cities into Chicago and San Francisco.

Meanwhile, Radewald said the Dunn Bros franchise will continue to grow with five to 10 new locations this year. 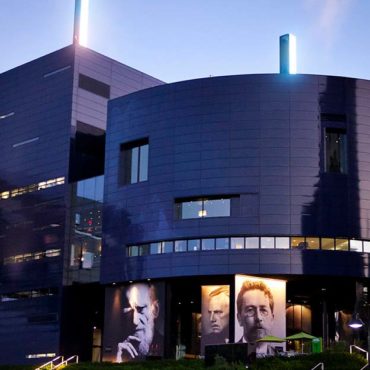