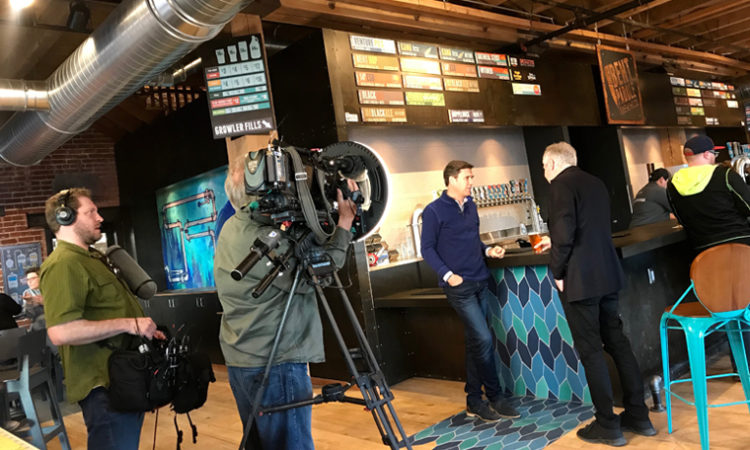 Duluth Gets National Spotlight on CBS and a New Book

Duluth’s revival over the past 15 years is one of the state’s best stories. This Sunday, that story is going national, when the CBS Sunday Morning program features the Lake Superior city and several of the newer businesses—and newer businesspeople—that have helped drive that revival.

True, Duluth’s rise isn’t breaking news for many people. In 2014, Outside magazine named the city the best outdoors town in America. But the national journalist who’s put the brightest spotlight on the city’s comeback is James Fallows, a three-decades-plus national correspondent for The Atlantic. Fallows first introduced the Duluth revival about four years ago as part of his “American Futures” project for the magazine and National Public Radio’s Marketplace.

Traveling with his wife, Deborah, throughout the country in his Duluth-made Cirrus SR22 airplane, Fallows has visited a number of smaller cities, including Duluth. The observations he’s shared in his Atlantic writings over the past few years are brought together in the Fallowses’ new book, Our Towns: A 100,000-Mile into the Heart of America.

The CBS Sunday Morning segment was inspired by Our Towns, which will be published May 8. Fallows discusses one of the main themes of the book in the May Atlantic: Despite the divisiveness and pessimism Americans are experiencing on a national scale, many smaller American cities are feeling engaged and hopeful. And Duluth is one of them.

Cowan, his production crew, and the Fallowses visited the brewery’s new taproom; Cowan then interviewed Mullen and Bent Paddle co-founder Bryon Tonnis. It gave them a chance to talk about the Lincoln Park Craft Business District, where Bent Paddle is located, “and why we love Duluth.”

The CBS team “wanted to know, ‘why Duluth?’,” Benson tells TCB. “That was easy for us. It’s access to nature, to the lake, and a community that’s pretty close.” He also notes that the CBS team was looking for examples of small, newer companies that are doing well.

“It’s not just breweries and restaurants that are happening here,” Benson says. “There are still those original [Duluth] industries—lumber, mining, shipping.” Joining those older businesses are “a lot of unique new companies,” including craft businesses and a new generation of manufacturers like Loll/Epicurean, many of which are shipping their products nationally and even globally.

The CBS Sunday Morning segment airing this coming weekend “is going to be less than six minutes,” Mullen says with a chuckle. “But man, it’s so fun to be recognized and to really showcase what’s going on here.” 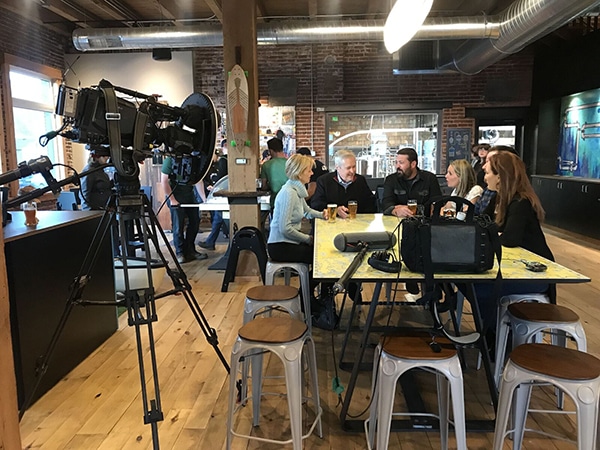