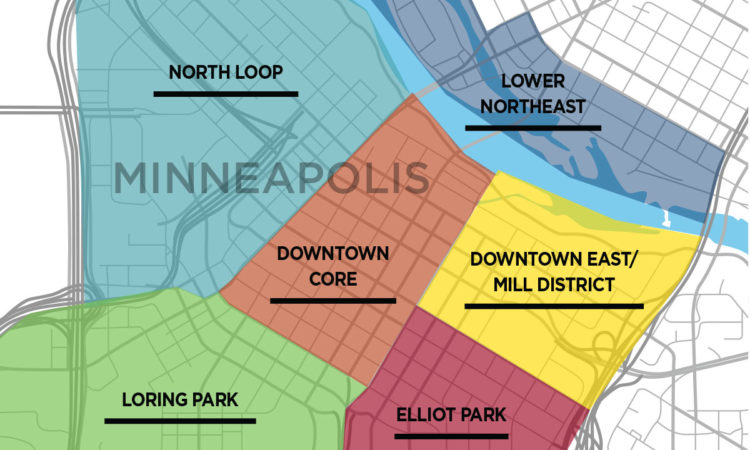 Downtown Minneapolis may be hurting for commuters, but the residents keep on coming.
By Dan Niepow
May 08, 2022

Back in 2020, in the wake of pandemic-driven office closures and civil unrest, many assumed that downtown Minneapolis would become a ghost town. Though the number of office workers has declined considerably, downtown isn’t dead yet. New residents are still moving in, and residential developments are sprouting all the time.

In February, for instance, architectural firm Kraus-Anderson wrapped up a new 16-story apartment tower in Downtown East. The number of downtown residents, meanwhile, has only continued to grow. According to figures from the Minneapolis Downtown Council, downtown population ticked up 5.6% in the last year to 56,077 residents in 2021. That followed a similar increase the prior year. The infographic shows a snapshot of where folks are moving. 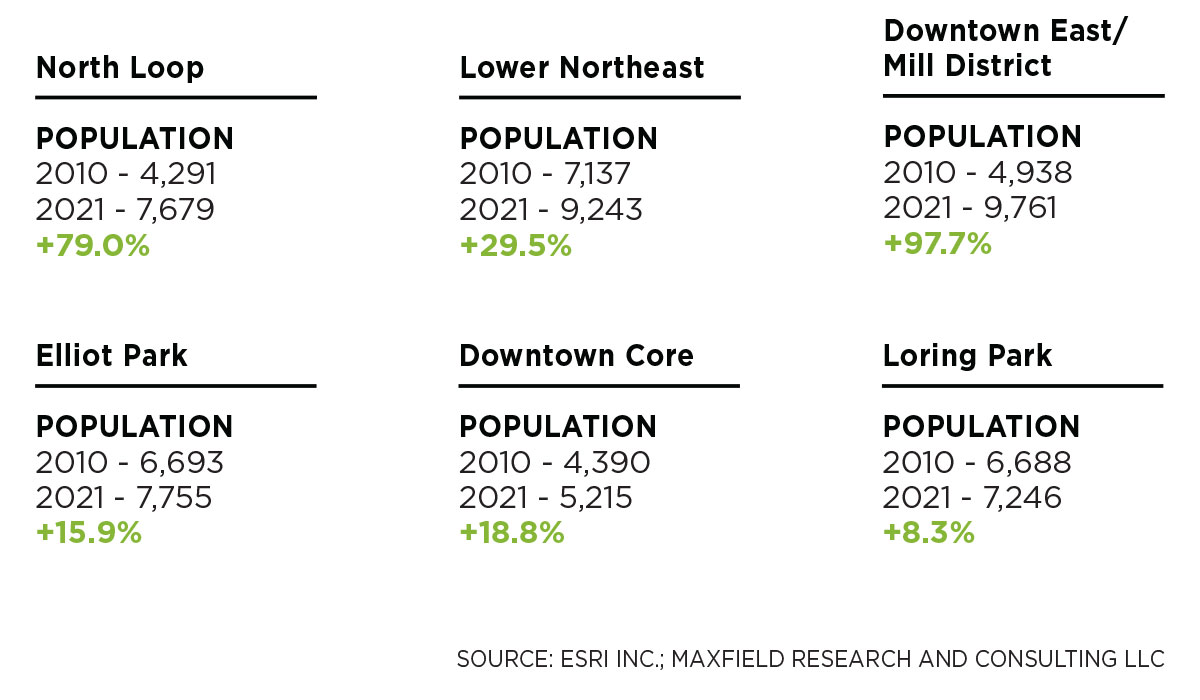