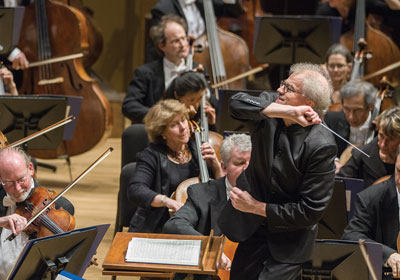 Does The Minnesota Orchestra Have Sustainable Labor Contracts?

The orchestra's finances might not be as stable as they seem.
August 10, 2015

In the afterglow of its high-profile trip to Cuba, the Minnesota Orchestra unveiled generous raises in contract extensions with its unionized musicians and music director Osmo VÃ¤nskÃ¤. So are the deficits and financial challenges that triggered a 15-month musicians’ lockout in the past?

No, says Charles “Mel” Gray, a professor of business economics at the University of St. Thomas, who has been tracking the Minnesota Orchestra’s finances since the early 1990s.

“The problem is not solved; the problem is just postponed,” Gray explains. “A one-time gift can tide us over. But we are buying time and that time is going to expire, and we are right back in the thick of things.”

When the orchestra disclosed the new labor deals in May, it simultaneously announced a $5 million gift from Doug and Louise Leatherdale, and a $1.5 million donation from Betty Jayne Dahlberg. The latter gift, the orchestra said, “will help support the Minnesota Orchestra musicians’ agreement.” Gray’s concern is relying on one-time gifts to finance $2.8 million in permanent salary increases.

The musicians’ deal, which spans three-plus years, takes effect in 2017 and raises minimum weekly salaries 8 percent by the contract’s end in 2019-20. It also increases the number of musicians from 84 to 88.

He notes that musicians agreed to a 15 percent salary and benefit cut in 2014 to end the lockout, in the wake of a previous multi-year contract that contained double-digit pay increases. The new deal “doesn’t get them back to where they were” before the lockout, Smith says. He also notes that the Leatherdale gift is targeted to fulfill VÃ¤nskÃ¤’s orchestral vision, which includes the costs of touring and recording.

Smith says he is comfortable using one-time money for raises, rather than a one-time bonus: “There is nothing you can do to establish in perpetuity the [complete] financial security of an arts organization.”

Currently, 54 percent of the orchestra’s revenue comes from contributions, 15 percent from endowment drawdowns and 31 percent from earned revenue, including ticket sales.

The orchestra continues to struggle to attract patrons. “People are not committing the way they used to, for multiple dates,” Smith says. During the renovations/lockout, the orchestra lost 34 percent of its subscriber households (similar to season tickets). It has reduced the decline to 21 percent, says spokeswoman Gwen Pappas.

St. Thomas’ Gray insists the orchestra “still has problems on the cost side. Somewhere down the road there will have to be an adjustment. We do have a group of absolutely top-notch musicians. They deserve to be compensated appropriately. The question is what is appropriate. It’s not clear an unfettered market would yield these salaries.”

Gray, author of The Economics of Art and Culture, says he’s told some of the musicians that they could be facing smaller raises or even pay cuts down the road. His warning to musicians: “Don’t buy a huge house. Be cautious.”