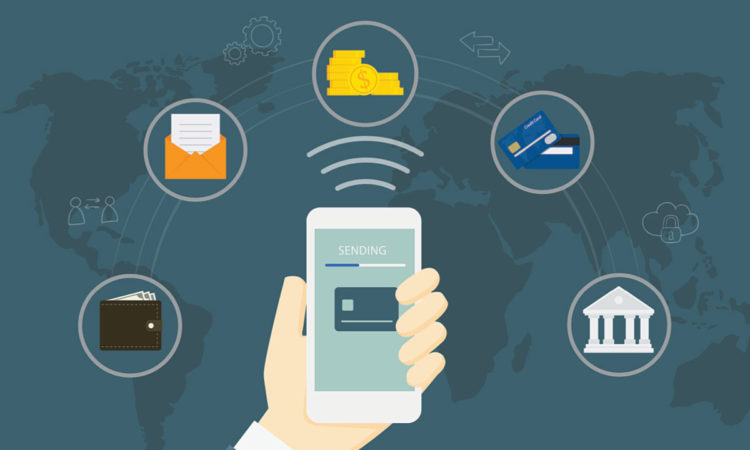 Minnesota lenders are using a range of tools to broaden services for small business customers.
By Burl Gilyard
July 08, 2021

Being a big bank is no longer good enough for customers. Regardless of bank size, if a lender wants to attract and retain business clients, it needs to be a bank with big digital capabilities.

The pandemic accelerated the use of technology in Minnesota businesses, and banks were among those companies that increased their reliance on technology to aid customers. Many lenders ramped up their digital banking capacity to handle the flood of Paycheck Protection Program (PPP) loan applications from their clients.

Minneapolis-based U.S. Bancorp is among the biggest banks in the United States. In recent years it has been steadily upgrading, expanding, and fine-tuning its digital banking tools for small business customers.

Most of these businesses use a single software program to help run their operations. “They want to run their business with their software, and they want everything to be simple,” Welsh says. “What we’re trying to be able to do is to work as seamlessly with their software systems as we possibly can so that it feels like banking is not a separate activity for them, but that it’s actually part of the day-to-day running of the business.”

But there are easily hundreds of different software programs deployed by small business owners. That led U.S. Bank to acquire talech, a Silicon Valley-based tech company, in 2019. “It helps integrate business banking activities into the software of a company,” Welsh says of talech’s technology.

U.S. Bank also launched an online portal through which small business operators can secure loans of up to $250,000.

“It is a highly automated process,” Welsh says. “For many loans, we’re able to get approval and send you the money very quickly, often in under a day.”

That means that customers don’t have to go into the bank for a meeting with a pile of paperwork. Small businesses do not even need to be U.S. Bank customers to tap the portal.

This capability turned out to be helpful to U.S. Bank while it was administering the federal PPP loan program. “We were able to serve customers and noncustomers in the PPP program,” says Welsh, noting that a large percentage of its PPP loans were handled through the portal.

But digital banking does not mean that the bank doesn’t need people.

Zoom doesn’t cut it for virtual meetings with customers. Welsh says that banks need to rely on secure networks and platforms that meet banking industry standards.

The lending landscape is now flush with online operators and companies that didn’t exist a decade ago.

San Francisco-based Social Finance Inc. (SoFi) has established itself as one of the better-known names in digital finance and online-only lending. The company began in 2011 focused on student loans, but now also provides personal loans, home loans, auto loans, and more. SoFi also offers investing services and its own credit card.

SoFi is not a bank—yet. In March the company announced plans to buy a small California bank to help secure a bank charter.

“We’re seeing all kinds of competition from those kinds of institutions,” Welsh says. “What they’re constantly doing is raising the bar on customer experience—and we’ve got to make sure that we’re keeping right up.”

New York-based JPMorgan Chase & Co. is the nation’s largest bank, but it had no retail banking presence in Minnesota until 2019. It’s now up to 10 branches in the Twin Cities, with a goal of 25 locations by the end of 2023.

Brady Stein, who is leading Chase’s Midwest expansion and is based in Minneapolis, says that business owners want their banking simplified and centralized. Business owners with multiple entities are looking for a one-stop shop for online business banking management.

For example, Chase offers online check monitoring as one tool to guard against fraud.

“In this day and age, fraud tends to be more prevalent,” Stein says. “For business owners that have experienced fraud before, it gives them very substantial peace of mind.”

Chase has developed a large portfolio of digital banking tools:

“As the pandemic endured, the majority of the business community has really taken to our online platform,” Stein says. “I do see an acceleration in the adoption” of digital banking tools.

Roseville-based North American Banking Co. is a modestly sized community bank with five local branches, and would seem an unlikely source of new banking technology. But in 2016 the bank rolled out ExcheQ, an app that allows users to move money from their bank account to another person’s or entity’s account.

“This isn’t fancy. It’s not high tech. It’s as safe and sound as anything could be. It’s a utility,” says CEO Michael Bilski. “In essence, I’m writing you a check, but you don’t have to go deposit it.”

If someone is sending you money, you receive a text on your phone to notify you. Then it’s just a matter of hitting a button to accept the payment. That’s it. No credit cards are involved.

So far, North American has sold the service to 12 other community banks and is looking for more buyers.

Bilski is no tech wizard. He tapped the St. Paul-based Design Center Inc. in 2013 to develop the app. What Bilski recognized was the emergence of new banking technologies.

ExcheQ uses the Automated Clearing House—ACH in bank parlance—to move money. ACH is the electronic funds transfer system in the United States. ACH is the reason your employer can directly deposit your paycheck into your account.

Bilski says that many of his small business customers, particularly those operating retail businesses, are using ExcheQ.

“I never thought it needed to be expensive for my clients to send money. I wanted something cheap to do that,” Bilski says. “We tried to make it as utilitarian as possible.”

Minneapolis-based MEDA (the Metropolitan Economic Development Association) is not a bank. It’s a nonprofit community development financial institution (CDFI), an economic development agency focused on helping BIPOC-owned businesses and entrepreneurs. It doesn’t take deposits, but it does provide numerous loans.

Wells Fargo, a longtime MEDA supporter, gave the group a $1.5 million grant from its Diverse Community Capital program in 2019 to create an enterprise banking system. “We are a CDFI that has the same banking technology in terms of digital as a mainstream bank,” Martel says.

Although no one planned on a global pandemic turning the world upside down, MEDA’s new banking technology was a godsend once lockdowns took effect.

“We were poised to conduct all of our banking activities remotely. We were able to reach out to BIPOC clients and conduct banking electronically without them having to visit our offices or sign any paperwork in person,” Martel says. “It gave us a great advantage in 2020.”

The banking industry was consumed with federal PPP loans last year; lenders were swamped with applications.

“It allowed us to deploy PPP loans. Because we have this enterprise banking system, it perfectly integrates with PPP portals and SBA portals like a mainstream Wells Fargo or U.S. Bank,” Martel says. “We were able to roll out $20 million in funding to BIPOC entrepreneurs through the use of this technology.”

In the process, MEDA has significantly boosted its loan portfolio. At the outset of 2020, MEDA had about $22 million in loans outstanding. Martel says it will end this year at nearly $40 million. Many MEDA clients ultimately move to traditional banks once they have established solid credit with MEDA.

“In a way, our mission is to take those folks that at first are quote, unquote ‘unbankable’ and make them bankable,” Martel says.