Craft brewers are on a growth bender. Now more of them want to create both the beers people love to drink and the places beer drinkers love to visit.
April 11, 2011 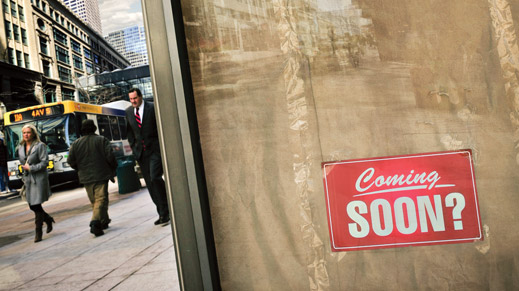 • Surly Brewing Company wants to build a “destination brewery.” That would solve capacity problems at Surly’s Brooklyn Center headquarters. It would also follow what founder Omar Ansari says is a trend of “beer tourism” developing in places like Oregon, Colorado, California, and Wisconsin.

Surly’s plans, announced in February, are to build a $20 million, 60,000-square-foot brewery with a bar, 250-seat restaurant, beer garden, and event center. Ansari says the whole package will draw tourists who will eat at other nearby restaurants, stay at area hotels, and give a bump to the local economy. A location is yet to be determined, but Minneapolis Mayor R. T. Rybak has reportedly pitched Ansari on moving to the Minneapolis riverfront.

Before the project is built, though, Surly needs a change in the state law that prevents a brewery Surly’s size from selling beer by the glass to consumers on site. State Senator Linda Scheid of Brooklyn Park and Representative Jenifer Loon of Eden Prairie introduced legislation to change the law in late February, though it faces opposition from the Minnesota Licensed Beverage Association and others who want to maintain the current three-tiered distribution system for beer.

• Brand-new Harriet Brewing in south Minneapolis is already benefiting from a change in city ordinances that allows customers to come to the tiny Minnehaha Avenue brewery and buy beer, but only in 64-ounce jugs for consumption off site. Founder and brewer Jason Sowards tapped his first batch for customers in January and says he’s been frantically filling and selling “growlers” of his Belgian-style West Side IPA and Dark Abbey beers ever since.

• Across town, Fulton Beer will open a brewery just two blocks west of Target Field before baseball season ends this year. The founders signed a lease last summer on a warehouse at 414 North Sixth Avenue, and brewing equipment will be delivered in June. Fulton’s Sweet Child of Vine IPA and Lonely Blonde brews are already on tap at about 100 local bars and restaurants, produced for now under contract with Wisconsin’s Sand Creek Brewing Company.

Ryan Petz, Fulton cofounder, says his company hopes to sell growlers as Harriet does and has a tasting room in its design plans where it could add sales of beer by the glass. Petz says Fulton backs Surly’s efforts because for craft beers in particular, location is a part of the brand: “Consumers of craft beer, by the very nature of the product, they’re very passionate about not just the beer itself, but who makes it and where they make it.”

• A third microbrewer set to open its doors this year is Lift Bridge Beer Company, whose Farm Girl Saison has been on tap at local bars since 2009, also thanks to contract brewing. Last spring, Lift Bridge bought a 10,500-square-foot building a few miles from the brand’s namesake in Stillwater and started installing brewing equipment last October.