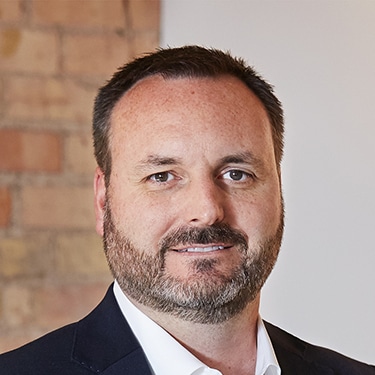 Minneapolis-based Charlie & Co. Design Ltd. is nowhere near the largest tenant in downtown Minneapolis. The firm, which focuses on designing single-family homes, has 10 employees.

But by the end of the month, Charlie & Co. will no longer be Minneapolis based. The company has leased about 2,800 square feet of space in the brand new 10 West End office building in St. Louis Park, where it will move in this month.

“I gave up on Minneapolis,” said Charlie Simmons, founding principal of the firm.

Charlie & Co. has been in the vintage Colonial Warehouse building in North Loop for the last eight-and-a-half years.

“I have seen not only the North Loop but this whole section of Minneapolis essentially deteriorate year after year,” said Simmons.

He says it’s been gradual, but year after year he sees fewer people coming downtown and an increase of people loitering and trying to get into the building. He no longer sees beat cops patrolling the streets of the neighborhood.

The building was broken into and damaged during social unrest following the killing of George Floyd last year.

“Our building is locked down right now. You can’t get in except for the front door. All other exits are fully closed, and we have fulltime, 24-hour security in the building now,” said Simmons. “The clients aren’t feeling comfortable coming downtown anymore.”

Simmons said that they also considered a couple of locations in Edina’s 50th & France area as the firm’s lease was expiring.

Simmons noted that 80 percent of the firm’s clients live in the western suburbs. He said that 10 West End, in the southwest quadrant of the intersection of Interstate 394 and Highway 100, offered an ideal location. The 10 West End building was just completed in January.

“It’s perfect: beautiful brand-new building, very cool design, tons of amenities,” said Simmons of 10 West End. “We were sold after we got a tour.”

Simmons expressed frustration with the political climate in Minneapolis, particularly the City Council.

“I think that they’re more concerned about scoring political points than they are about actually running a business, and the business is the city,” said Simmons. “If you think about what the City Council is, they’re really the board of directors of a multi-billion-dollar company. They’re more worried about politics than about what is good for businesses and the city of Minneapolis.”

Simmons’ comments echo those of many other downtown business owners and operators.

“My friends that work at Target? They do not want to move back downtown. They just don’t,” said Simmons.

Charlie & Co. is apparently too small to be on the radar of Minneapolis City Hall or the Minneapolis Downtown Council.

“Nobody has tried to convince me to stay,” said Simmons.