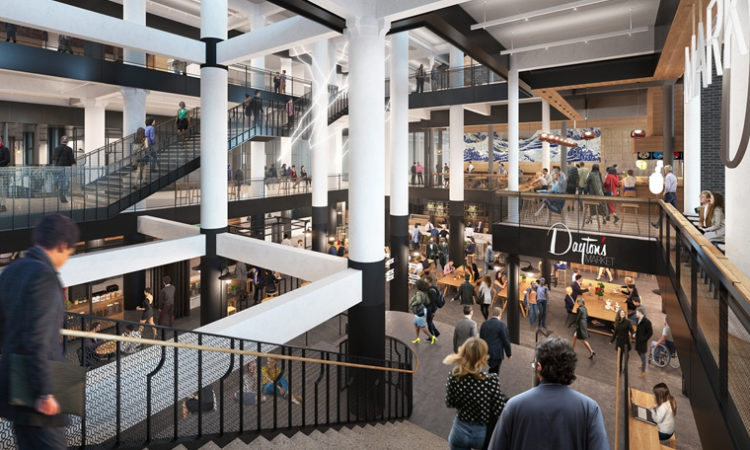 One of the new Dayton's Project renderings released Monday. (Courtesy of 601w Companies)

No announced leases have been made beyond the food hall.
By Burl Gilyard
March 25, 2019

Developers of The Dayton’s Project in downtown Minneapolis have announced a new timeline for the project, now set to open in spring 2020. Local celebrity chef and TV personality Andrew Zimmern is partnering with the developers to create Dayton’s Food Hall & Market within the space. When those plans first surfaced in late 2017, the announced plan was to open the food hall in mid-2019.

New York-based 601w Companies acquired the property from Cincinnati-based Macy’s Inc. for $59 million in February 2017. The vintage property at 700 Nicollet Mall in downtown Minneapolis is 12-stories tall with 1.2 million square feet of space, plus an attached nine-story parking ramp. The general plan has called for combining approximately 750,000 square feet of office space with retail tenants on the lower levels.

Beyond the food hall, no other office or retail leases have been announced. But given the scale of the project, it was always known that this would be a long-haul undertaking. Chances are remote that the building could open fully leased.

Minneapolis residents of a certain age will always think of the former department store in the building as Dayton’s, even though it operated under the Marshall Field’s and Macy’s brands for its last 16 years of operation. The Macy’s store at the site closed in March 2017. With an eye towards that history, the 601w team refers to the redevelopment as The Dayton’s Project.

Minneapolis-based United Properties is a development partner and minority investor on the project. Chicago-based Telos Group is also an investor and part of the development team.

601w issued the press release announcing the revised timeline and updated design renderings of the project on Sunday morning, unusual timing to send out such an announcement. The timing was an apparent reaction to a Star Tribune story about the project that was posted on the newspaper’s web site on Saturday evening. The Star Tribune story noted project delays and noted that the development team is simultaneously working on an even larger project to overhaul Chicago’s Old Main Post Office. 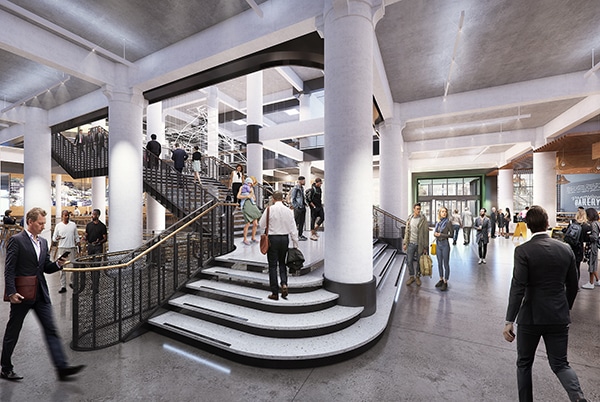 View of the first level stairway. (Rendering from 601w Companies) 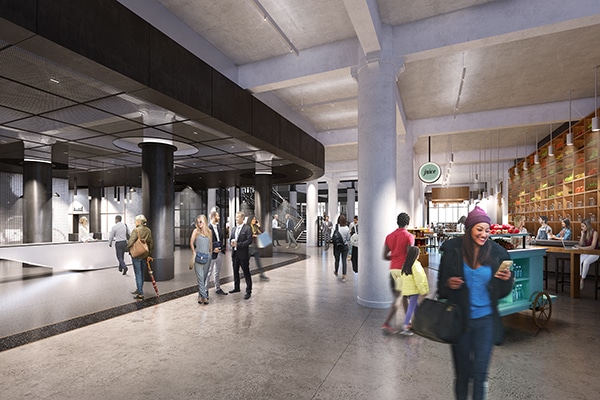 The proposed lobby space on the first floor. (Rendering from 601w Companies)â 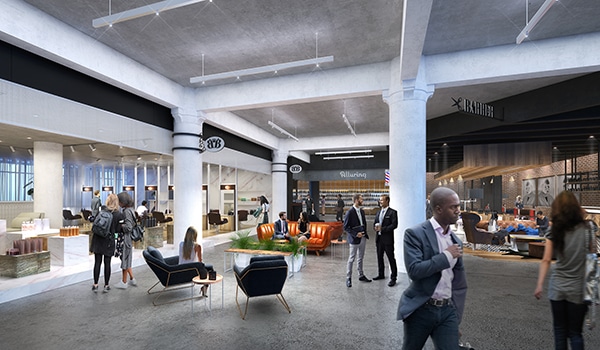 The “beauty hub” on the second level. (Rendering from 601w Companies)â 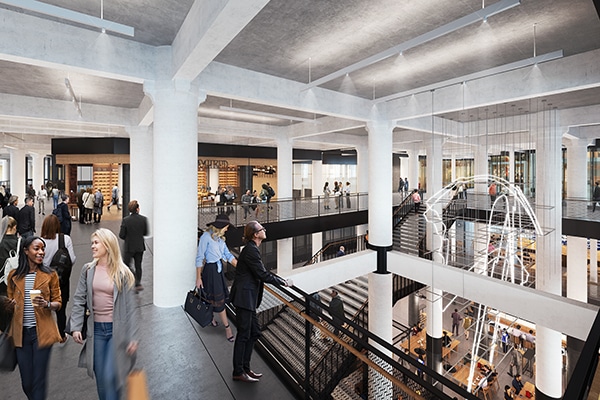 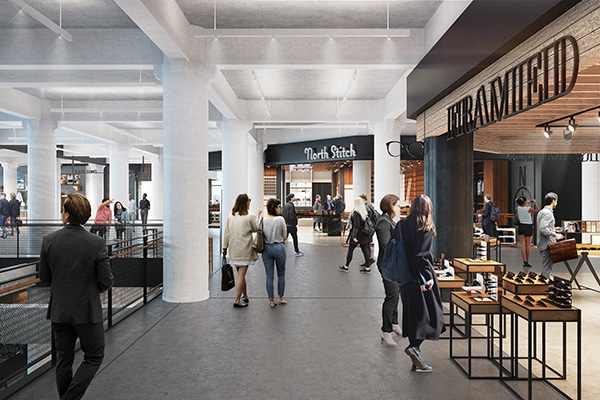 The retail row on the second floor. (Rendering from 601w Companies)â 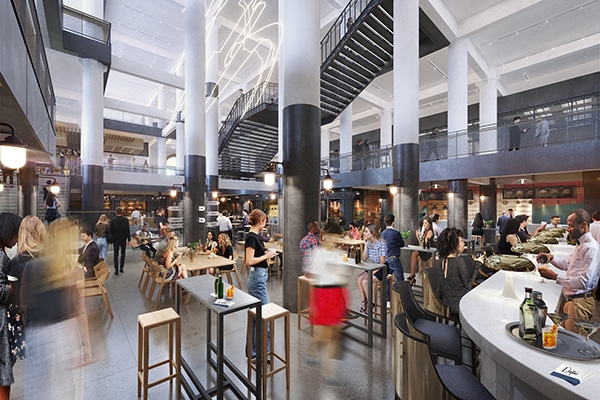 Inside the food hall at the Dayton’s Project. (Rendering from 601w Companies)