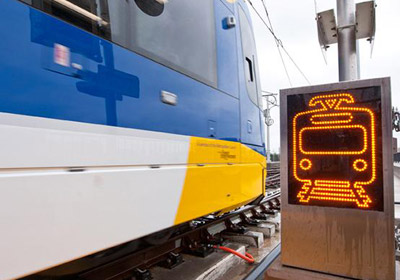 By selecting Adam Duininck to lead the Met Council, Dayton has signaled that he not only supports light rail — he's willing to fight for it.
February 01, 2015

One question about regional transportation issues was laid to rest with last week’s appointment of Adam Duininck as the new chair of the Metropolitan Council.

That is the question of whether Gov. Mark Dayton is backing away from supporting the significant, expensive and controversial expansion of the light rail system known as Southwest LRT. Statements made by the governor in December about his frustration with opposition to the line from some local government entities led some to conclude he was distancing himself from the project.

While Dayton didn’t name names, it appears his message was meant for the Minneapolis Park & Recreation Board, which continues to build a legal challenge to the route because of its impacts on the Kenilworth Channel between Cedar Lake and Lake of the Isles.

But in his appointment of Duininck, someone with a background in politics and lobbying, Dayton has demonstrated that he not only supports light rail expansion — he is willing to fight for it.

As a member of the 17-member Met Council, Duininck has been a strong supporter of Southwest LRT, as well as the council’s other initiatives. In fact, as chair of the council’s transportation committee and its liaison to the regional Transportation Advisory Board, Duininck put his political and strategic skills to work behind the scenes to win important local government support.

Duininck was part of the Met Council negotiating team that struck the final deal to win Minneapolis’ grudging municipal consent for SWLRT. And he made back-channel contacts with leaders of the park board to try to get the board to slow down its plan to litigate over the impacts of the approved route.

While the board went ahead with the hiring of lawyers and an engineering firm to look at alternatives to a new rail bridge over the Kenilworth channel, the board and senior staff did agree to meetings with high-level Met Council members and staff. Duininck said that he asked Park Board President Liz Wielinski to hold off on the hiring of engineering consultants until after the meetings had been held, but he also noted the willingness to meet was not contingent on the board agreeing to put off the engineering contract.

The park board is hardly the only obstacle facing Duininck, though. Light rail is also an early target of legislative Republicans, who see it as an example of transportation spending skewed toward urban areas of the state. New House GOP Speaker Kurt Daudt has said he won’t support the final state appropriation for SWLRT, and several early bills have attempted to deliver on GOP campaign talk that the Met Council needs to be reined in. One measure would give local elected officials the chance to approve council appointees. Another would require the council budget, including all new initiatives, to get prior approval from the Legislature.

But House Majority Republicans will not have a voice in Duininck’s confirmation, which is conducted by the DFL-controlled Senate.

Early reaction to Duininck’s appointment from GOP leaders was mostly negative — and mostly political. In addition to focusing on nepotism charges (Duininck is married to Dayton’s chief of staff, Jaime Tincher), the statements painted Duininck as a partisan.

“Where does campaigning end and governing begin in the Dayton Administration?” asked Sen. Michelle Benson, R-Ham Lake. Until Tuesday, when he became the Met Council’s first full-time chair, Duininck was the executive director of Win Minnesota, an independent expenditure group that raises money to support DFL candidates and causes.

But Duininck’s political and strategic skills, honed not just as head of Win Minnesota but as a former lobbyist for the International Union of Operating Engineers Local 49, was seen as an asset among his backers. Several of the letters of recommendation supporting his appointment suggested someone like Duininck is exactly what the Met Council — and Dayton — needs.

“With his experience in the legislative process and his broad relationships at the State Legislature, Adam is well prepared to advocate for the Met Council’s priorities at the State Capitol,” wrote Robert Lilligren, president and CEO of the Little Earth of United Tribes and a former Minneapolis city council member.

State Rep. Ryan Winkler, DFL-Golden Valley, said Duininck “has deep experience working with the Legislature, which will be important in a period of divided government.”

State Rep. Frank Hornstein, DFL, Minneapolis, was even more explicit: “Given the new legislative realities of a House majority that is extremely hostile to the Met Council, your appointee will need to possess a skill set to build the council’s political capacity to address the coming polarizing public debate around the Council’s mission, budget, and in fact, it’s very existence.”

And Hornstein even suggested Duininick will need to go beyond the Legislature when he told Dayton his new council chair “will need to build a strong grassroots campaign and coalition to defend the Council’s budget and mission in a variety of public spheres.”

But those same letters make it clear that Duininck isn’t a stereotypical hard-knuckled politico. In her letter of endorsement, Minneapolis Mayor Betsy Hodges complimented Duininck as a tough negotiator when he was on the other side of the table during SWLRT mediation with the city. But she added that he is a good listener who understands what she termed “balanced regionalism.”

“People get the accurate impression of him right away that he is someone with whom they can work well even when the moment gets challenging and the conversations difficult, and that he will collaborate to strike a fair compromise that will nonetheless move the regional vision and priorities forward,” Hodges wrote. The lengthy endorsement came from a mayor who was not Duininck’s choice in 2013. He supported Mark Andrew in the race.

Duininck said last week that he thinks he can work well with all parts of the seven-county Metro area and announced a listening tour that will take him into each county for a week at a time. Elected officials from the five metro counties outside Hennepin and Ramsey have been engaged in a bit of a revolt against Met Council transportation and housing plans, initiatives they say are too focused on the Twin Cities urban core.

Duininck said he thinks he can work with locally elected officials and legislators from all part of the metro: “I grew up in rural Minnesota (Willmar),” he said. “It’s not just a biographical fact, it also informs my perspective and how I can reach out to people.” And the operating engineers — union operators of heavy equipment in construction and transportation — worked with GOP lawmakers on transportation and infrastructure issues, he said. “It’s gonna be a challenge, I know that,” he said of the new post. “But I’m excited about it.”