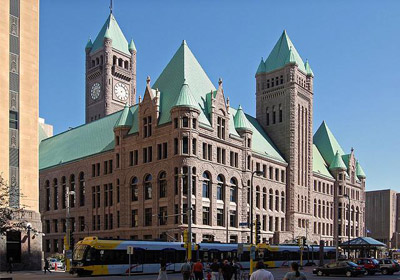 Crowded Minneapolis Mayoral Ballot Likely To Have At Least 23 Candidates

18 candidates already are vying for the top job at Minneapolis city hall, with more expected to sign on before the filing deadline Tuesday.
August 18, 2013

With four filing days left, at least 18 candidates will have signed up to run for mayor of Minneapolis by midday Thursday.

In 2009, the last time Minneapolis elected a mayor via ranked-choice voting, there were 11 candidates.

More candidates are sure to jump in before filings close at 5 p.m. Tuesday.

Of the nine candidates who have been actively campaigning, four will have filed through Thursday morning, which means the number of mayoral candidates will total at least 23 on the November ballot.

Minneapolis had 22 mayoral candidates in 2001, when the primary election reduced the general-election ballot to two. With the advent of ranked-choice voting, though, there is no longer a primary to winnow the field.

One of the goals of ranked-choice voting is to increase the number of candidates, attracting those from minor political parties.

“The opportunity to run and not get eliminated in the primary” is one reason Jeanne Massey of FairVote Minnesota thinks ranked-choice voting makes running for mayor an attractive option because candidates “have a voice throughout the process.”

With the retirement of Mayor R.T. Rybak this is the first year since 1993 with no incumbent running.

That was the year when Don Fraser decided to step down, and then-City Council President Sharon Sayles Belton was elected to replace him. That open-seat contest attracted 16 candidates in the primary election, when Sayles Belton finished ahead of John Derus by 3,857 votes.

“We’ve got a number of people who file all of the time,” said Massey of several perennial candidates – seven so far.

Bob “Again” Carney Jr., who lists his political party as “Dem and Transit Revolution,” is back. Since 2009, he also has run for governor, lieutenant governor and U.S. senator (The “Again” is part of his filing name.)

Other returning candidates are John Charles Wilson, listed as a “Lauraist Communist,” and James Everett, who lists “Green” as his political party. Everett has also run for governor.

All a candidate needs to file for mayor is $20, cash or check, and the promise that you are eligible to vote in Minnesota. Candidates also must be at least 21 by the time they take office. They also must live in Minneapolis for at least 30 days prior to the election.

Two candidates who do not live in Minneapolis apparently are planning to move here by early October: Mike Gould, a DFLer from South St. Paul, and Merrill Anderson, an Excelsior resident who lists his party as “Jobs and Justice.”

Doug Mann, endorsed by the Green Party, is also running. He previously ran for the Minneapolis School Board and the City Council.

Ole Savior, a Republican who hardly misses running in an election, is on board. An artist by trade, Savior has run for president, the U.S. Senate and House and governor.

Greg A. Iverson has run for office 12 times since 1993, when he first ran for mayor. He also has run for secretary of state and state auditor, according to his Web page.

Rahn V. Workcuff is another candidate who can’t resist running for office. This is his second try for mayor. He first tried for mayor in 1997 and has also run for the state Senate four times.

John Leslie Hartwig, who is running as an “Independent,” ran for the Minneapolis School Board in 2001, receiving 109 votes in the September primary.

A candidate running with the endorsement of a political party can list that affiliation, but that doesn’t stop others from listing that same party or making up the name of their own party.

Mark V. Anderson is running for mayor on the “Simplify Government” ticket. Meanwhile, Abdul M. Rahaman (“The Rock”) lists his party as “We the People…,” and Edmund Bernard Bruyere is running under the “Legacy-next generation” banner.

And let’s end this list the way the alphabet ends: Christopher Robin Zimmerman is running for mayor as a Libertarian candidate.