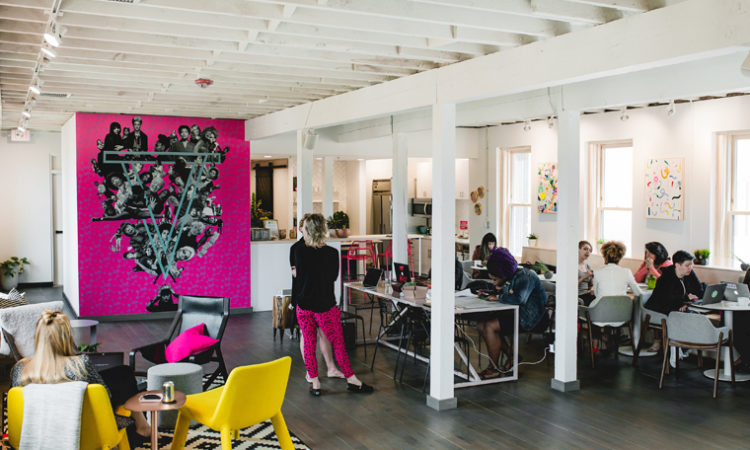 Coven Co-working in the North Loop. ( Photo by : Bethany Birnie)

The Coven, a women-focused co-working space in the North Loop area of Minneapolis, is eyeing a national expansion.

The Coven plans to open a second local space in St. Paul in December but is looking beyond the Twin Cities for growth. Alex West Steinman, CEO and co-founder of The Coven, says that the group plans to open a location in Nashville in mid-2020.

“We’re expanding through the middle and southern parts of the country first,” says Steinman, who declined to name any other cities under consideration.

The Coven’s goal is to have 20 locations within the next five to seven years. The local co-working company, which also welcomes non-binary and trans members, is already drawing national notice. Steinman just made Inc. magazine’s Female Founders 100 list.

Now, the Coven is working to assemble financing to fuel its national growth. “We are raising our initial round of funding right now,” Steinman says. She declined to disclose how much money the company is trying to raise.

The Coven’s Minneapolis location opened on International Women’s Day – March 8 – in 2018. The space is about 5,000 square feet.

The Coven’s St. Paul location will be in the Blair Arcade building in the Cathedral Hill area. The 9,700-square-foot space is roughly twice as large as the Minneapolis location and will include some private offices.

As co-working grows increasingly popular, venture capitalists and other investors have been bullish about backing shared office space companies.

The Riveter, a Seattle-based co-working operator also focused on women, has so far raised $37.5 million according to data from Crunchbase, which tracks financing raised by startup companies. The Riveter just opened a Twin Cities location in June at the commercial crossroads of 44th and France in Edina. According to its website, The Riveter currently has 10 locations across the U.S.

Steinman was previously a columnist for Twin Cities Business.