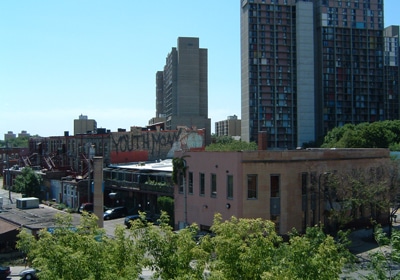 According to early production estimates, it could, so long as HBO green lights the show and keeps the production in Minnesota.
By TCB Staff
October 09, 2016

HBO was granted approval by the Minnesota Public Housing Authority on Tuesday to shoot the pilot episode of Mogadishu, Minnesota. If given the green light for a 10-episode season, the show could be a major economic boost to the Twin Cities area, the premiere cable company has said.

In early estimates, HBO has told MPR that the pilot could cost around $5.5 million to make, much of which would be spent in Minneapolis, where the show’s fictional depiction takes place, showing how the Somali community deals with assimilating into America culture.

Lucinda Winter, executive director of the Minnesota Film and TV Board, confirmed that these figures are “within the ballpark” of what HBO said they would spend in Minnesota.

“Just for the pilot production alone, there’s a hiring estimate for 300 locally,” she said. “And that’s why we’re so excited about this. From an economic development and jobs standpoint, this is an amazing opportunity for, not only the east African and Somali community, but people who work as professionals within [the film and television] industry.”

Nevertheless, the production has received backlash from the Somali-American community in Minneapolis. Many have expressed concern over the potential depictions of the diaspora as early reports indicated the show would focus on the terrorist recruitment of young Somali-Americans.

Winter, HBO and the show’s creator, writer and director K’naan Warsame dismissed those early reports. To build trust and reach out to Somali-Americans within the Cedar Riverside area, HBO is said to be actively searching for local talent to work on every aspect of the show’s production.

“The show began hiring Somalis and east Africans into their office just after they moved in around Labor Day to begin pre-production planning,” Winter said. “Because they are going to be starting production in October, they’ve been hiring in every department that’ll be on the set,” including art, lighting, costumes and so forth.

Part of HBO’s draw to hire locally involves the state’s film incentives program, Snowbate. In Minnesota, any project with production costs exceeding $1 million that is primarily shot in state can receive a 25 percent reimbursement.

According to Winter, it was the state legislature’s $4.5 million appropriation her office received back in May that helped convince HBO to shoot the Mogadishu, Minnesota pilot in Minneapolis. Without the additional incentives money, HBO might have moved the pilot’s production outside of Minnesota, as FX did with its Fargo series in 2013.

“If this were to become a full series production in Minnesota,” Winter said, “they would be here for five months spending money the whole time because just 50 to 60 percent of that goes to wages.”

For more on how the state is trying to reel in Hollywood money, read TCB’s January 2016 feature.