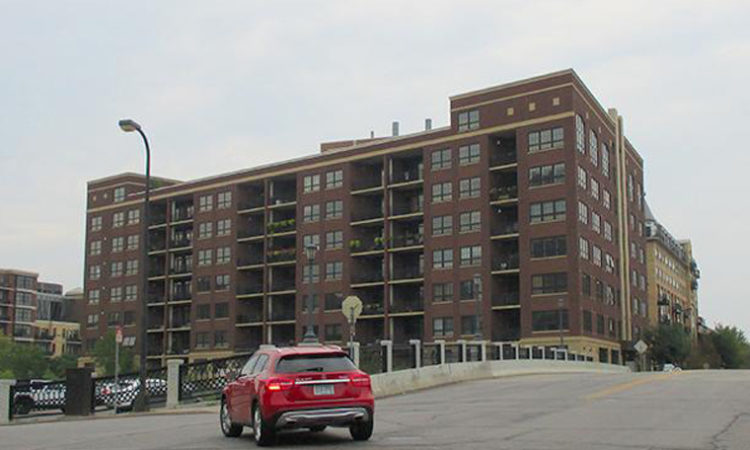 Could a Bill Before the Legislature Solve the Twin Cities’ Condo Crunch?

Is the lack of condo construction in the Twin Cities due to the Great Recession or because of the Legislature and the courts? We may soon find out.
May 18, 2017

Is Minnesota on the verge of figuring out its condo conundrum?

The imbalance in the supply of new condos and new apartments in the Twin Cities is obvious. In the midst of a continuing multifamily housing boom, most — actually, nearly all — new projects in the region feature units that are for rent, not for sale.

But is that because of still-lingering effects of the Great Recession? A market preference for renting rather than owning? Or is it — as developers and real estate professionals say — the result of a chill put on the market by state law and the courts? A bill before the Legislature may provide some answers.

Big changes over lawsuit rules
Minnesota law treats condos a bit differently from other kinds of housing. Only condo associations can recover legal fees if they prevail in a lawsuit against a developer for construction defects, for instance. And developers complain that they face lawsuits up to 10 years after completion of a project, a window of liability that can extend to architects, engineers and contractors — all of whom have to carry insurance with rates that are affected by risk and loss. A 2016 appeals court ruling complicated Minnesota’s law even more, and similar rules have been cited as a reason for condo supply shortages in other cities like Seattle and Denver.

House File 1538, which passed the House 108-23 earlier this month and is awaiting action in the Senate, would make four important changes to the law governing lawsuits over condo building defects:

“Hopefully we’ll see more condo developments that are attainable for the high demand that I’m told there are for these things,” said Mark Becker, a commercial and construction attorney who is co-chair of a group pushing for the law change.

Sen. Kari Dziedzic, DFL-Minneapolis, said she started hearing from constituents about the condo shortage in 2014. Baby boomers looking to downsize and millennials thinking of dipping into home ownership both talked about the scant supply of condos — at least of those selling for less than half a million dollars.

Though there’s been a lot of construction of multifamily housing in Dziedzic's district, which includes Northeast Minneapolis, very little of it has been condos — and none considered affordable. “It made sense that some of these at some point should have been townhomes or condos,” Dziedzic said.

And while she said she isn’t certain that altering the liability law will be the answer to solving the condo crunch, Dziedzic said the law could be one factor holding up construction of more affordable units. She’s been working on getting bill language that all of the interested parties can agree to — as well as members of the House and Senate. With the 2017 regular session set to end Monday evening, the bill could be brought up for a vote at any time.

Still cover 'legitimate' defects?
Rep. Ray Dehn, DFL-Minneapolis, was a co-sponsor of the House file but ultimately voted against the bill when it reached final passage. He said the version that passed the House takes away the rights of too many condo owners who bought under the old rules, and he tried unsuccessfully to amend the bill to limit the time period covered by the new language.

But Dehn, an architect, does think changes are needed to the current law. Condo associations are often contacted by attorneys when the buildings are eight or nine years old and told that their opportunity to sue for defects will end soon, he said. Developers, architects and contractors all see the effect of the law on their insurance rates. “There’s absolutely a problem,” Dehn said. “The question is at what point do you tell certain condo owners they’ll lose some rights.”

Becker, the co-chair of the Housing Options Coalition, said the bill doesn’t change the 10-year statute of limitations on suits and doesn’t eliminate condo associations’ ability to get recovery for “legitimate construction defects.”

“I think if you pass this bill you’re gonna see a more reasonable approach to construction defect issues,” Becker said.

In fact, he argues that the mediation requirement will do much to reduce the risk of exposure to long-running and expensive litigation. “That early mediation is really kind of the gold standard of dispute resolution in construction cases,” he said.

The bill has failed in previous sessions, but this year’s version is different. For example, past bills would have required a two-thirds vote of condo associations before a suit could be filed. “My perception is that the bill has been tweaked enough now so generally, people are happy with it,” Becker said. “That’s why we saw such strong support in the house.”