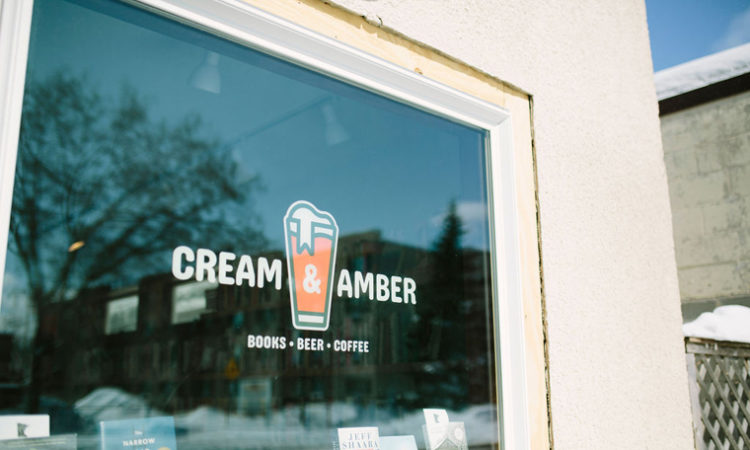 Some call it a bookstore. Some say it’s a bar. Others think coffee shop.

Cream & Amber is actually all three, and it’s opening on Mainstreet in Hopkins on Thursday. Founded by former college roommates Katie Terhune and Kacey Hruby Wyttenhove, Cream & Amber is the first independently owned bookstore to open in Hopkins in more than a decade. And it’s not your traditional shop—Cream & Amber serves up locally sourced coffee, beer, and light fare.

“We were just kind of inspired by bringing these things together and not necessarily having it first be a bookstore or first be a bar,” says Hruby Wyttenhove.

Housed in a 100-year-old refurbished home that was formerly a bridal shop, Cream & Amber gives equally billing to books and beverages. Sleek bookshelves run along one wall, mirrored by a bar and coffee counter of the same length on the other side of the room.

In the back two rooms, there are tables and lounge seating. One of the spaces can be reserved—free of charge—for private events. Cream & Amber plans to host events of its own, too, like author readings.

When the two Minnesota native co-founders met at Luther College in Iowa, they realized that there was really nowhere casual and comfortable—a coffee shop vibe, if you will—where people could go to read a book and sip a beer.

But years went by before the idea would open a new chapter in the women’s lives. They graduated college and worked in their respective careers—Terhune as a teacher and Hruby Wyttenhove in staffing and human resources—for about five years. Then they both quit their careers for temporary jobs in coffee shops and customer service in order to hone their skills. They also hosted pop-ups at local breweries and crowdfunded through Indiegogo. Now, they’re focused on Cream & Amber. 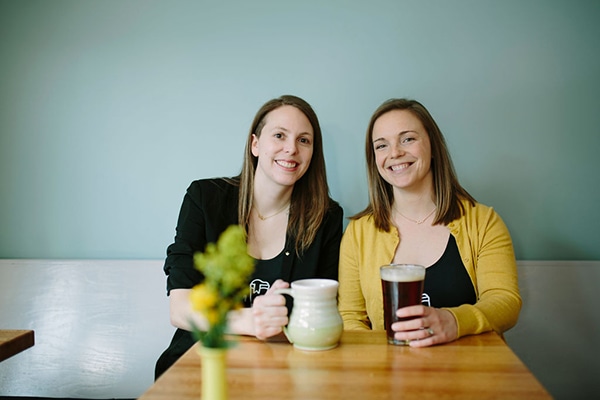 According to the Midwest Independent Booksellers Association, 2018 set a record for the number of independent bookstores opened in the Midwest at 23, five of which are in Minnesota.

Cream & Amber has six taps that will rotate among Minnesota beers. The coffee comes from Bootstrap Coffee Roasters in St. Paul.  The book selection has Minnesota flavor as well, featuring local authors and publishers including Graywolf Press and Milkweed Editions. The shop also sells high quality used books, with prices starting at just $3.

“We just want to be that space for people to connect,” Hruby Wyttenhove says. “Whether it’s over coffee or beer or a book.” 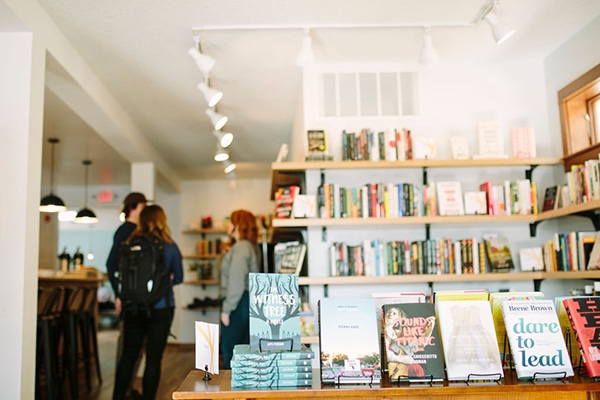 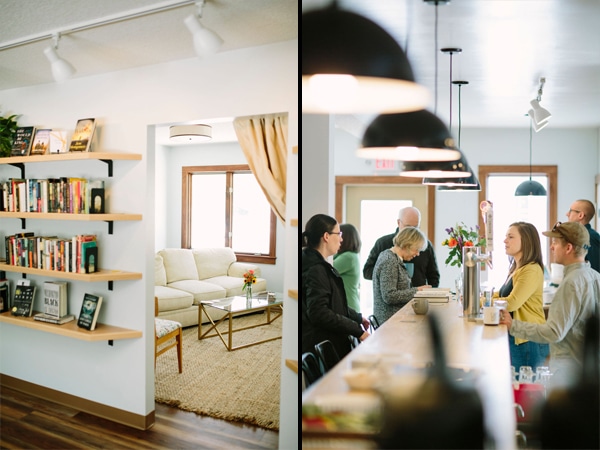 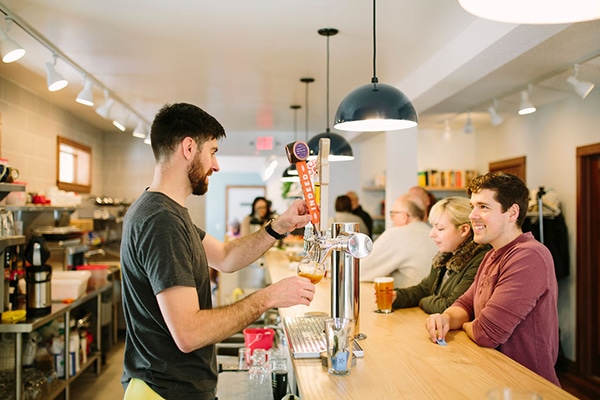