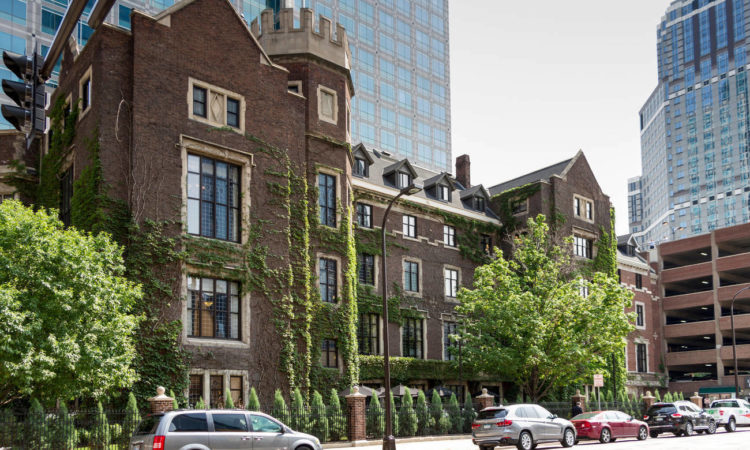 The private downtown club's latest overhaul has the same goal as all the previous ones—stave off obsolescence.
By Burl Gilyard
August 30, 2021

The Minneapolis Club is older than old school. Its ivy-covered building in downtown Minneapolis dates to 1908. Longtime member Joe Puishys loves it just the way it is.

But the CEO side of his brain knows that the numbers haven’t been adding up. (He recently retired as CEO of Bloomington-based glass manufacturer Apogee Enterprises Inc., which posted revenue of $1.2 billion in its latest fiscal year.)

“We are at a pivot point,” says Puishys, 63, who chairs the club’s board. “I didn’t want a single chair moved. But we have to.”

Puishys delivered a sobering address to members at the 2019 annual meeting. “What I wanted to let people know is, you should be worried about our financials; we are losing money.” He described the club as “asset rich, profit poor.”

To turn the ship around, Puishys, a downtown resident, is overseeing an update to make membership more affordable and draw a younger, more diverse group of members.

Club member Jeff Arundel, a business owner and musician, has been tapped to lead the refresh. Arundel points to urban club Soho House, known for its modern design and cachet with millennials, as an inspiration. (Soho House began in London in 1995 and now has 31 locations across the globe, the nearest in Chicago.)

“The Soho House was really setting the standard for what a new city club looked like and felt like,” says Arundel. “They have a spectacular house in Chicago.”

Arundel points to an event in November featuring revered Twin Cities chef Jamie Malone and mixologist Marco Zappia as an example of new programming the Minneapolis Club will be offering. The facility will also add co-working space. Rooms that screamed Old World are being refreshed and redecorated. But Arundel describes the project’s budget as “humble.”

Puishys says he wants to strike a balance to retain the comfort the club offers to current members, with the knowledge that “we can’t live off of guys like me and older.”

The official unveiling is set for September. “We have already an uptick in membership because our new [cheaper] dues structure kicked in,” says Arundel. What will be the biggest surprise about the changes? “Very clearly the energy. It just feels totally different.”