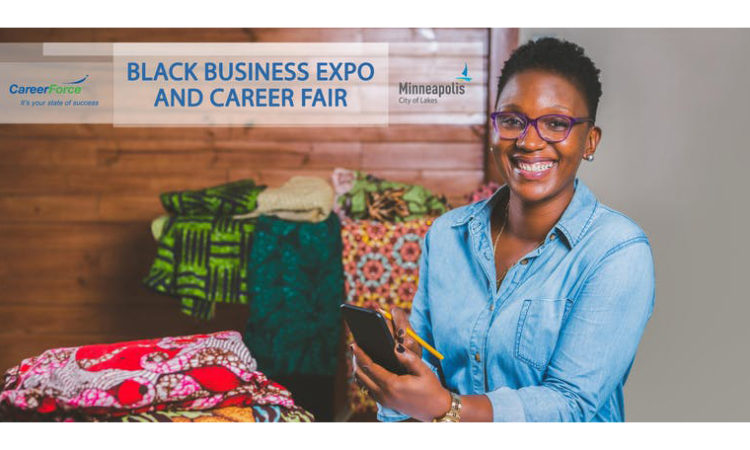 One of the events planned for Black Business Week is an expo and career fair. (Photo courtesy of: the City of Minneapolis).

The event is aimed at connecting black business leaders with each other and the community at large.
By Amanda Ostuni
July 12, 2019

The City of Minneapolis will host its first-ever Black Business Week July 19-27. The event is designed to connect and develop the black business community, and to encourage all city residents to support black-owned businesses.

The event is the result of a collaboration between Frey’s administration and the Northside Economic Opportunity Network, the West Broadway Business and Area Coalition, the Minnesota Black Chamber of Commerce, and other area entities. Helping lead the charge amid Frey’s administration has been Council Vice President Andrea Jenkins.

Black Business Week will begin at noon Friday, with a discussion led by Jenkins and Frey. That event will be held at Mama Sheila’s on Bloomington Avenue.

The discussion is the first of a series that will occur daily throughout the week. Dubbed Afternoons with Andrea, the series will bring in a range of black business leaders to share their challenges and success stories.

Other events on tap include the Black Business Expo and Career Fair, slated for July 23; a networking event for black women makers and innovators on July 24; the 13th edition of the FLOW Northside Arts Crawl July 25-27; a screening of Spiderman: Into the Spiderverse on July 25; and an “Ask an Expert” Clinic, also on July 25.

Although the most recent Census data available shows minority-owned businesses in Minnesota spiked by 53 percent between 2007 and 2012, those companies accounted for just under 10 percent of the state’s businesses in 2012, TCB reported early 2018.

“A lot of companies are aware of the diversity drop-off [at the top], but not all are actively doing the work to shift that tide,” Taylor told TCB.

In short, there’s more work to be done. Black Business Week is the city’s latest attempt to do that work.

Frey says it’s part of an overall economic inclusion platform. As part of that effort, the city has invested in the state’s first black-owned credit union, Village Financial, he notes.

“Ultimately, this is about growing wealth and community and financial independence, and community stabilization,” says Frey. “And if those things take place, our entire economy benefits.”

More information on Black Business Week can be found on the event’s website.