China: From Pirate to Patent Powerhouse

China has begun to take intellectual property rights seriously—and create a significant portfolio of its own.
July 01, 2011 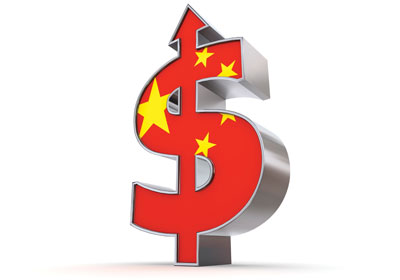 In China, if you want to redecorate your apartment, and you go to a retail store to buy paint, a painter to do the work typically is included as part of the price. This cultural practice creates headaches for Valspar Corporation, the $4 billion paint-and-coatings company with headquarters in Minneapolis.

Valspar has extensive operations in China. Its subsidiary, Huarun, Ltd., is China’s third largest chain of retail paint stores. The trouble with the painter-as-part-of-the-package system, says Andrew Ubel, Valspar’s chief intellectual property counsel, is that it creates “a huge incentive” for the painter to switch the premium paint the customer paid for with far cheaper, locally made counterfeit paint bearing the Huarun or Valspar label.

“We have a couple hundred of these situations every year,” Ubel says. “We go to the police and say, ‘They’re selling fake paint out of such-and-such a shop.’ The police shut them down, but it’s like Whack-a-Mole. They just pop up somewhere else.”

In 2006, Valspar sued one especially aggressive counterfeiter and won a judgment against the infringer in a Chinese provincial court. The counterfeiter then appealed to a local court, introduced fake evidence, and won a judgment against Valspar for about $3.5 million. Valspar’s appeal to a higher court was heard earlier this year. At this writing, Ubel says he expects a ruling in Valspar’s favor.

China is notorious among Western businesspeople as a great place to go if you want your intellectual property stolen. American and European companies have complained for years that the Chinese government’s indifferent approach to patent and trademark enforcement leaves their products and processes subject to rampant counterfeiting, piracy, and other forms of infringement.

Yet the rush of Western companies into China continues regardless. The logic is straightforward, says Steve Berreth, vice president and general counsel for Syngenta Seeds, Inc., in Minnetonka, whose Swiss parent company has extensive operations in China. “If fear of losing IP keeps you out of China, you may find in a few years that you’ve written off a two-billion-person market, and now you can’t get in because things are moving so fast there. So the benefits of being there are greater than the risk,” he says.

Now the cost-benefit equation is starting to look better than ever. For Minnesota companies that see China as a potential market—or as an operating location—the good news is that the Chinese system for patent and trademark enforcement is improving. Patent attorneys and other intellectual property experts agree that IP, though still more vulnerable than in Western countries, is becoming easier to protect.

The bad news, these experts say, is that China’s newfound esteem for patent law is rising for China’s reasons, not Minnesota’s. Following the same evolutionary road that Japan took in the decades following World War II, China means to move beyond its role as a low-wage sweatshop for manufactured goods and start to compete instead as an innovator—a powerhouse of design, engineering, and science.

Western companies are merely incidental beneficiaries of the Chinese government’s new determination to protect and enforce IP rights, experts say. Chinese companies have dramatically stepped up spending on research and development. The patents that the Chinese really want to protect are their own—the ones issued to them both in China and, increasingly, in other countries, including the United States.

“China is no longer just a foundry,” Berreth says. Indeed, Syngenta opened a major research center in Beijing in 2008, staffed with Chinese microbiologists who work on genetically engineered seeds. China is turning out so many more engineers and PhD-level scientists than the United States that it has created “a huge talent pool of highly educated people who also are less expensive to [hire],” Berreth says. “You can outsource very high-level technical jobs to China today. That’s not necessarily a good thing for the United States.”

Getting Smart About IP

China had no patent office at all until 1984, but the national government now appears determined to create “a world-class system” of intellectual property acquisition and protection, says IP attorney Bill Weimer, a partner with the Faegre & Benson law firm in Minneapolis.

The government is subsidizing patent applications by Chinese companies, both at home and abroad, Weimer says. China wants its companies to “get smart” about how to draw up and apply for patents in the U.S. and other countries, he says. He predicts that within a few years, the number of Chinese nationals who file applications with the U.S. patent office will multiply dramatically. He expects to see a flood of Chinese applications for U.S. patents, especially in fields such as energy (including alternative energy technologies), transportation, and automobiles.

The new filers will join some major Chinese companies that have been active in the U.S. patent arena for years. By 2009, telecommunications giant Huawei Technologies Company, Ltd., had filed more than 1,100 U.S. patent applications and held more than 100 issued U.S. patents, according to a count by IP enforcement firm General Patent Corporation of Suffern, New York. In 2008 alone, the firm said, Huawei filed 1,797 patent applications in 20 countries—more than any other company in the world that year.

China’s own patent office already is the world’s second busiest, and it’s gaining fast, says IP attorney Brad Pedersen, a shareholder with Patterson Thuente Christensen Pedersen, PA, a law firm in Minneapolis. “Probably sometime this year, but by next year for sure, China will surpass the United States as the patent office with the largest number of filings,” he says. The U.S. patent office currently sees about 500,000 filings per year and issues more than 200,000 patents annually.

China already is the runaway world leader in patent infringement suits. About 7,500 suits are filed in China each year, Pedersen says, more than 90 percent of them by Chinese patent holders. By comparison, the United States court system sees 2,700 to 2,800 infringement filings annually.

China also is the world leader in trademark applications, and has been for the past seven years, says IP attorney Tony Zeuli, a partner with the Merchant & Gould law firm in Minneapolis. In China, about 70 percent of trademark applications—and the same percentage of patent applications—come from Chinese nationals, Zeuli says. Only 30 percent come from foreign companies looking to stake claims in the Chinese market.

China’s goal, supported by the national government under Premier Wen Jiabao, is to “convert the whole society into one that is expert in IP issues,” Weimer says. “They have the money. They have a plan. It’s going to be formidable.”

Indeed, Pedersen says, this is a major reason for President Barack Obama’s desire to invest more heavily in “innovation,” despite the U.S. budget deficit. “We’re in the 21st century version of an arms race,” Pedersen says. “It’s a tech race.”

The Chinese government also is active on the protection side of the IP equation. Last fall, a six-month campaign, overseen by the Ministry of Commerce, was launched to step up enforcement of IP rights. Originally due to expire in March, the campaign was extended until June.

The idea behind the enforcement campaign, which involves 37 Chinese government agencies, is to “kick-start the bureaucracy and the courts down a different path and hope that it takes root,” says Valspar’s Ubel.

Signs of an improving IP-protection climate were evident well before the 2010 kickoff of that government campaign, sources say. For instance, in 2008, ADC Telecommunications, Inc., of Eden Prairie won a trademark-infringement case against one of its former distributors that had dragged on in the Chinese courts for 10 years. That victory was greeted at the time as a signal that foreign companies were beginning to get fairer treatment.

For many years, Minnesota attorneys say, damages awarded by Chinese courts to the winners in IP cases were so low that foreign companies often considered it economically infeasible to sue. In the past few years, that has changed. The record judgment to date came in a 2007 case in which Chint, a Chinese electronics company, was awarded $48.5 million by a provincial court in a patent infringement case against a Chinese division of Schneider Electric, SA, of France. The parties settled in 2009 for $23 million.

The significance of the Chint case for U.S. companies, say Pedersen and Weimer, is not that a Chinese company won the money but that the judgment sets a precedent that allows Chinese courts to consider much larger damage awards in IP cases.

The changing climate in China is being reflected in Minnesota law firms. Zeuli and Pedersen both say that their firms now have Chinese-speaking attorneys. “That’s something we wouldn’t have thought about 10 years ago,” Pedersen says.

Faegre & Benson has had an office in Shanghai since 2001. Its role today, Weimer says, is to represent American companies doing business in China. But in light of the rush he anticipates of Chinese patent filings in the United States, “our capitalist goal,” he says, “is to bring in Chinese clients to help them protect their IP rights in the U.S.”