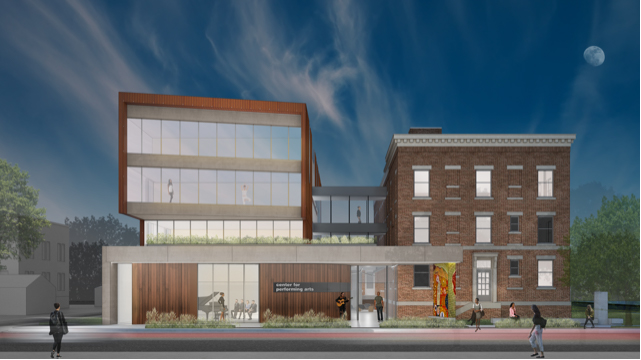 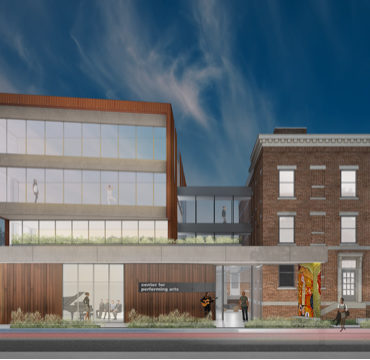 Not every construction project is a new apartment building. In the Kingfield neighborhood of South Minneapolis, the Center for Performing Arts is undertaking an expansion that will more than double its current space.

CFPA offers rental spaces for rehearsals, workshops as well as private office and studio space for artists. In recent years, CFPA is seeing an uptick in demand as options for other spaces in south Minneapolis dwindle.

“Amid a local arts landscape that has seen performance organizations and venues close or reduce operations consistently over the past few years, now more than ever, we saw a critical opportunity for adding additional and different kinds of spaces,” said Jackie Hayes, CFPA founder and executive director, in a statement. “We are working closely and diligently with our partners at Stahl and Alliiance to create a safely-shared space and programming where artists and audiences both benefit – a place that is a sustaining ecosystem for everyone.”

The ground level of the new building will include two large open spaces geared to host performances, rehearsals, classes and other gatherings. The second floor will house private offices and studios and will have a garden terrace overlooking 38th Street West. The third and fourth floors will be home to a collection of private and collaborative workspace.

The project will also create a new entrance for the expanded center on 38th Street.

“It’s been designed as sort of a porch,” said Hayes in a “virtual open house” about the project.

The center’s existing building dates to 1923 and was originally built as a convent for Incarnation Catholic Church. At the intersection of 38th Street West and Pleasant Avenue South the Center for Performing Arts is at the northwest corner of the intersection; Incarnation church remains at the southeast corner.

Construction is expected to begin this month and be completed in early 2021.