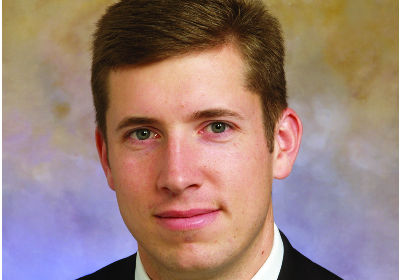 Blake Hastings, who most recently served as senior vice president at the Phoenix office of Cassidy Turley, will succeed the longtime leader at CBRE's Minneapolis office.
December 09, 2012

CBRE Group, Inc., said Wednesday that Whitney Peyton, who has served as leader of the commercial real estate giant's Minneapolis office for about 20 years, has decided to step down—and the Los Angeles-based firm has named Blake Hastings as his successor.

Hastings will become managing director of CBRE’s local office on January 1. In his new position, he will oversee all of CBRE’s Minnesota operations.

Peyton, who has been with CBRE for 35 years, will remain at the company to ensure a smooth transition and continue to assist with business development efforts even after Hastings takes over, CBRE said.

Hastings most recently served as senior vice president at the Phoenix office of Cassidy Turley, another real estate firm that also has a presence in Minnesota. Prior to that, he was a broker at commercial real estate advisory firm Grubb & Ellis. According to CBRE, Hastings has completed more than 800 real estate transactions with total value of $800 million during his career.

“Blake is a highly successful real estate professional and is a terrific addition to our team as we further enhance our leadership position within the Minneapolis market area,” Mike Gerard, president of CBRE’s central region division, said in a statement. “The hard work of Whit Peyton and our team has built CBRE into the No. 1 real estate services firm in the Twin Cities and we are confident that Blake will add to that success with continued growth in the future.”

CBRE began operating in the Twin Cities in 1974 and now employs about 800 in Minnesota. Some of the largest buildings that it manages in the metro area include the Accenture Tower in Minneapolis, The Colonnade in Golden Valley, and hospitality giant Carlson’s headquarters building in Minnetonka.