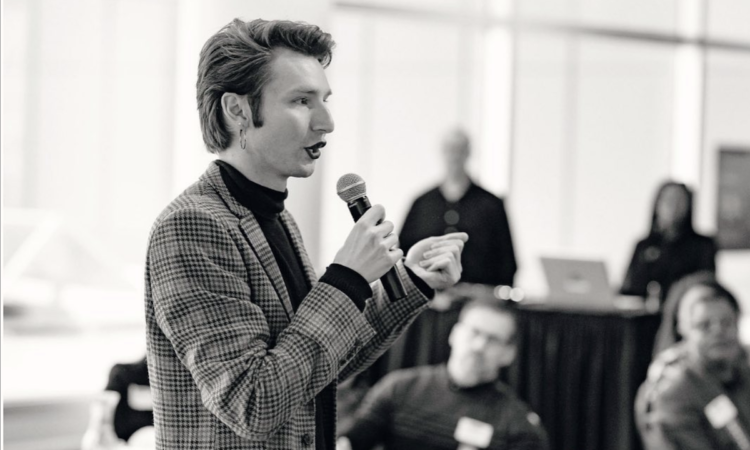 With LGBTQ rights under assault, workplace educator Nick Alm urges corporate leaders not to get complacent.
By Nick Alm
June 14, 2022

Editor’s note: TCB is chronicling Nick Alm’s business progress with their Minneapolis-based consultancy Mossier in Founder’s Journal, a StartMN project. During Pride Month, when they experience a huge uptick in speaking requests, Alm shares their perspective on LGBTQ workplace equity and inclusion.

For most of my life, I have had the privilege of experiencing what felt like continuous and inevitable progress on LGBTQ equity. As someone who grew up with no LGBTQ role models and attended schools that did not teach LGBTQ history, I had no clue that things had once been much worse, that our progress was not, in fact, guaranteed.

This became much clearer In 2016, when the pendulum of LGBTQ progress started to swing in the opposite direction. At the time, you could still be fired in 30 states for being Transgender. I saw untapped potential in terms of the role that businesses could play on this issue.

I started to ask leaders: How can the business community in Minnesota stay true to our history of being a beacon of hope for LGBTQ people and their families?

I recalled the incredible courage exhibited by great Minnesota companies such as General Mills when they came out in public opposition to Minnesota’s proposed constitutional amendment that sought to ban same-sex marriage—way before it was popular to do so, no less. I saw how this played a pivotal role in helping Minnesota become the first state in the nation to strike down an amendment like that.

In my capacity as a workplace trainer and educator on LGBTQ issues, I have witnessed a lot of wins in the last six years. There are more LGBTQ employee resource groups, more Transgender people whose life affirming and gender affirming care is covered by their employer and more leaders willing to acknowledge that LGBTQ inclusion is a key element of successful companies.

The downside is that these wins are often isolated. Isolated from the broader LGBTQ community and oftentimes confined to only small parts of the company. Businesses have succeeded in raising the ceiling for a small group of LGBTQ people that work for them but this has done little to challenge a sinking floor for the majority of LGBTQ that don’t work at a major corporation.

Businesses have succeeded in raising the ceiling for a small group of LGBTQ people that work for them but this has done little to challenge a sinking floor for the majority of LGBTQ that don’t work at a major corporation.

We have seen a ban on Transgender people serving in the military, a roll back of the Equal Employment Opportunity Commission’s authority to enforce policies around employment discrimination based on sexual orientation and gender identity, and record-breaking murder rates for the Transgender community (particularly Black and Brown Trans Women of color).

2022 is already on track to be the largest assault on our community most of us have seen in our lifetime. At this very moment, At least nine families of Transgender youth in Texas are under investigation for alleged “child abuse;” Alabama has made it a felony for doctors to provide gender affirming healthcare, and Florida’s now infamous “Don’t Say Gay” law has become a template for stifling discussions of LGBTQ issues in schools. All of these efforts are intentionally making LGBTQ people less safe, not more, despite what authors of these bills have to say. A jaw dropping 300-plus pieces of anti-LGBTQ legislation are circulating in this country with more popping up every day.

A rose-tinted view of our business’s individual progress has allowed leaders to remain unaware of this larger trend. This cognitive dissonance is becoming more and more problematic with each passing day.

Simply put, it feels as though many business leaders see this issue as partially or mostly solved. Many grew up in an America where they were taught, like myself, that this kind of hatred was not possible in a country like ours.

The “Love is Love” era was no doubt a powerful time that pushed many to acknowledge their shared humanity with LGBTQ people. But the terrain has shifted and the needs have evolved.

We are called in this moment to defund anti-LGBTQ legislators, redesign workplace systems and policies that address the interlocking forces of homophobia, transphobia and racism and most importantly, leverage the advocacy power of our companies by speaking up outside of our four walls.

Since the marriage equality decision, it has become more and more advantageous for companies to speak out about LGBTQ topics, less controversial to sponsor Pride events and donate dollars to LGBTQ causes. So much so that the same companies are now being heavily scrutinized on whether their public marketing efforts truly match the level of inclusion within the company.

There will always be an endless list of what feel like legitimate excuses for why this isn’t the right time to engage publicly on LGBTQ issues: The company is not profitable, there is a new CHRO search underway, or there’s a big acquisition on deck.

The reality, however, is that a more convenient moment to stand up for LGBTQ people is not coming. Simply put, the time is now.

I am watching my peers and colleagues on the front lines of Diversity, Equity and Inclusion (DEI) work burnout and break down. When George Floyd was murdered two years ago, big promises were made from companies who said they would be doing more to address all forms of structural inequity within, and outside, of their organizations. Two years later, progress feels questionable at best. Funding for DEI has improved but it isn’t making a serious dent. This is producing a deep fatigue, a sense of hopelessness, and a fear that we will fail to walk across the bridge from good intentions toward meaningful, measurable and sustained change.

We are at a dire crossroads. As Minnesota business leaders, we are called once again to affirm our role as agents of social change.

But in order to do that, we must walk across that bridge.

With 20% of Generation Z identifying as Queer and poised to bring a revolution of values to the workplace, with the most credible academic institutions in the world finding clear and conclusive data indicating that a business commitment to DEI produces substantial gains in profit, innovation, and talent retention, we have to ask the question: What are we waiting for?

Nick Alm is a workplace educator and trainer on LGBTQ issues. 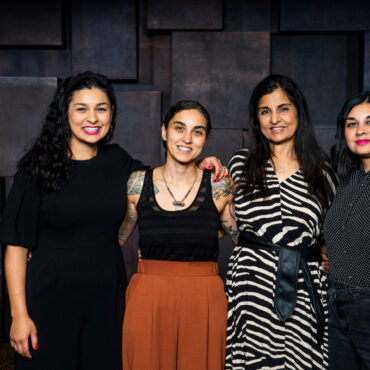