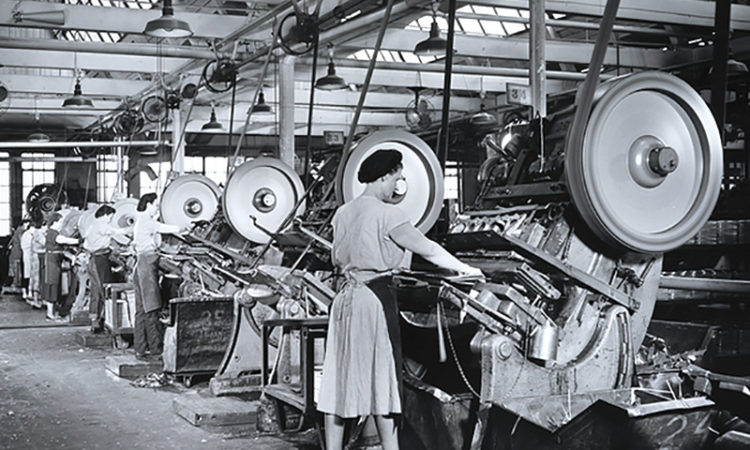 Can I Ask You a Question?

Linguistic style speaks more than words between men and women in the workplace.
By Linda L. Holstein
October 15, 2020 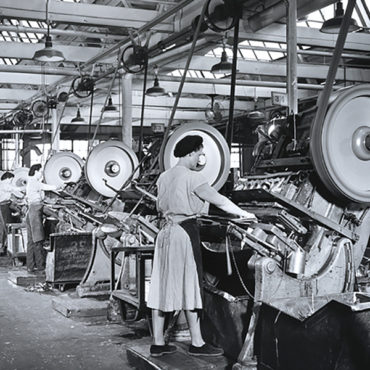 When Eleanor Roosevelt persuaded her husband, President Franklin D. Roosevelt, to encourage factories to open their doors to women in the 1940s, she could not foresee that women would eventually make up 60 percent of the workforce during that era. American women became artillery inspectors, aircraft welders, sheet metal assemblers, gear cutters, lathe operators, chemical analysts, and mechanics of all kinds during World War II. More than simply filling in for male workers who were serving overseas, the “Rosie the Riveters” ushered in a new phenomenon, particularly for the aircraft industry. Stunned by a sudden rise in productivity, factory owners tried to assess what it was about the women workers that made them not only adequate “substitutes,” but significantly better workers than the men they replaced.

According to historian Doris Kearns Goodwin, the answer was simple. When the women were asked to operate complex machinery, they asked for directions. Seeking clarification enabled female employees to successfully take on unfamiliar and traditionally male tasks.

Much has been written, generally in a ruefully humorous vein, about men’s refusal to ask directions when navigating. One theory, reported by The New York Times, is that men do not ask directions because they trust that their internal “mental vector maps” will get them to their destination. They do not feel lost, even when another driver from a different gender would be convinced time was a-wasting by traveling in the wrong direction.

The differing sociolinguistic styles that men and women learn in childhood provide an important clue to predicting how women and men are assessed by the questions they do—and don’t—ask at work.

Deborah Tannen, a Georgetown University linguistics professor, has spent 46 years researching the influence of linguistic style on conversation and human relationships, including in workplaces. She defines linguistic style as “the way you talk: in a certain tone of voice, at a certain rate of speed, and with a certain degree of loudness.” An individual’s characteristic speaking pattern entails directness, indirectness, pacing and pausing, word choice, and how often one uses jokes, figures of speech, questions, and apologies.

In her book, Talking from 9 to 5, summarized in the Harvard Business Review article “The Power of Talk: Who Gets Heard and Why,” Tannen’s observations center on how “sociologists, anthropologists, and psychologists observing American children at play show that although girls and boys find ways of creating rapport and negotiating status, girls tend to learn conversational rituals that focus on the rapport dimension of relationships whereas boys tend to learn rituals that focus on the status dimension.”

Tannen correctly observes that girls tend to play “with a single best friend or in small groups, and they spend a lot of time talking.” They learn, she says, to downplay ways in which one is better than the others and to emphasize ways in which they are all the same. She calls this a tendency to adapt the skill of “saving face for one another,” although that does not preclude describing a girl who too often tells others what to do as “bossy.”

Boys play in larger groups and don’t expect people to be treated as equals. Boys expect the high-status one will tell others what to do. A boy with high status earned it through language, and not just physical prowess. He can give orders, tell a joke, and resist challenges.

Model Behavior
Tech Support: How Digital Platforms Are Helping Businesses Through Covid-19
Is Home Where the Office Is?
Minnesota Family Business Awards 2020

Time served by boys in the trenches of a large play group leads to adult tendencies to speak in ways that “position [the male] as one-up and resist being put in a one-down position by others.”

This one-up, one-down dichotomy is automatic to men, Tannen says, and leads to distrust of a co-worker or subordinate who asks too many questions, or starts a sentence with the dreaded words, “I’m sorry, but….” The desire, by women or men, not to seem boastful is a linguistic trait valued in many cultures, but not in U.S. workplaces.

From childhood, girls have become experts at helping others save face. Thus, in many work meetings, including on Zoom, women will often step in to ameliorate a misguided or irrelevant question with an adept change of subject. But it is Tannen’s belief that men are much more attuned from childhood to the potential face-losing aspect of any question, regardless of what the question is. Thus, they are “likely to form a negative opinion of others who ask questions in situations where they would not”—never mind whether it’s relevant.

And what of the 20 million women in the labor force at the height of World War II—they who dared to ask questions? All those women mechanics who lost their jobs to the returning U.S. soldiers after D-Day might have taken some small comfort from what Albert Speer, the Nazi minister of armaments and war production, said: “How wise you were to bring your women into the military and into your labor force. Had we done that initially, as you did, it could have affected the whole course of the war. We would have found out as you did, that women are equally effective, and for some skills, superior to males.” 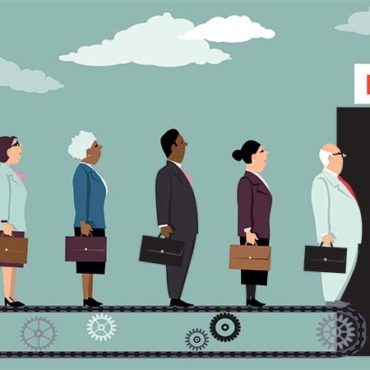