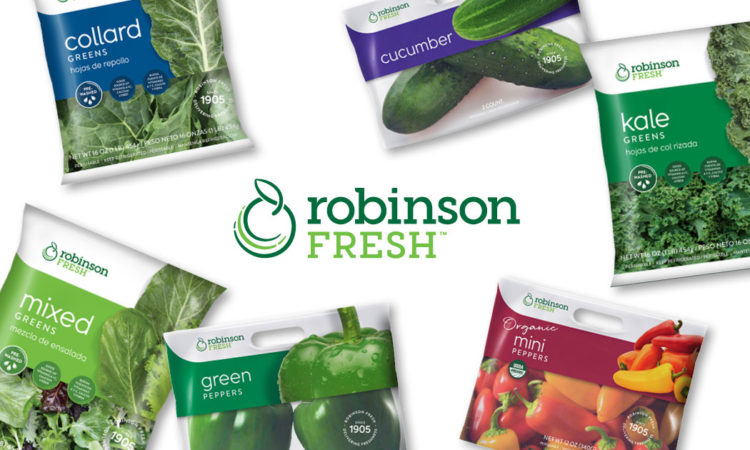 Eden Prairie-based C.H. Robinson, a transportation firm long known for delivering produce, is launching a branded produce line of its own.

On Tuesday, the Fortune 500 company announced the launch of a new consumer brand, which will sell fresh produce under the Robinson Fresh name. It’s the first time the more-than-a-century-old company is selling produce under its own name, company officials said in a news release.

The Robinson Fresh name has been around for years, but it hasn’t had its own line of branded products. C.H. Robinson formed Robinson Fresh in May 2014 to unify its produce division after acquiring a series of fresh produce companies.

In an email, a spokeswoman noted that “Robinson Fresh has been the name of the division and the name behind the products and services provided to B2B customers, but this is the first time that this name has ever been consumer-facing and been on branded produce on store-shelf.”

The Robinson Fresh division has served as the exclusive marketer for a number of outside consumer brands, including Mott’s, Welch’s, and Tropicana. C.H. Robinson has a few proprietary brands, too, such as the Happy Chameleon line of tropical fruits. “These proprietary brands will consolidate under the new Robinson Fresh brand through a phased transition in 2021,” a spokeswoman said.

“We think the timing of it couldn’t be better,” Castagnetto said in a video interview with Blue Book Services. “We do know that how consumers are buying is changing, how our customers are having to meet those consumers when and where they want to buy has changed. And we think having a consistent focused brand message will help our customers do that.”