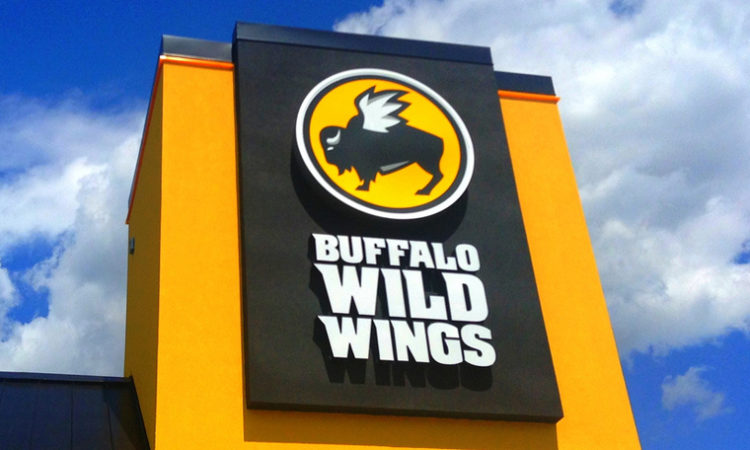 This was also Sally Smith’s last full quarter as CEO. A search for her replacement has been underway since the summertime when she announced her retirement.
By Sam Schaust
October 26, 2017

The Golden Valley-based company reported earnings of $18.2 million, or $1.36 a share, from $497 million in sales for the three-month period ending September 24. Overall, earnings fell nearly 20 percent year-over-year, in large part due to Buffalo Wild Wings’ removal of its popular Tuesday deal for half-price bone-in wings. Its switch from that promotion to deals on boneless wings—or breaded cuts of white meat—proved to be a cost-effective way to lift its sales. Revenue for the quarter finished a half-percent above the same period a year ago.

Comparatively, analysts projected earnings of just 79 cents a share from $502 million in sales for the quarter.

In a statement, Buffalo Wild Wings CEO Sally Smith said it was the rising cost of bone-in wings that led to changes in its promotional strategy. During the third quarter, bone-in wings cost an average of $2.16 a pound, up from $1.72 a pound during the year-ago period.

“The recent Tuesday promotion shift from traditional to boneless wings at company-owned restaurants will continue to improve cost of sales while traditional wing prices remain elevated,” Smith said. “Combined with cost savings initiatives and service excellence focus, we are optimistic these actions will deliver an improving bottom line.”

The third quarter is expected to be Smith’s last as CEO. She announced last June that she would retire before the end of the year after an activist investor pressed the company for a shareholder vote to shake up its board. The investment firm’s effort was ultimately successful as several Buffalo Wild Wings board members were voted out and replaced with members they nominated.