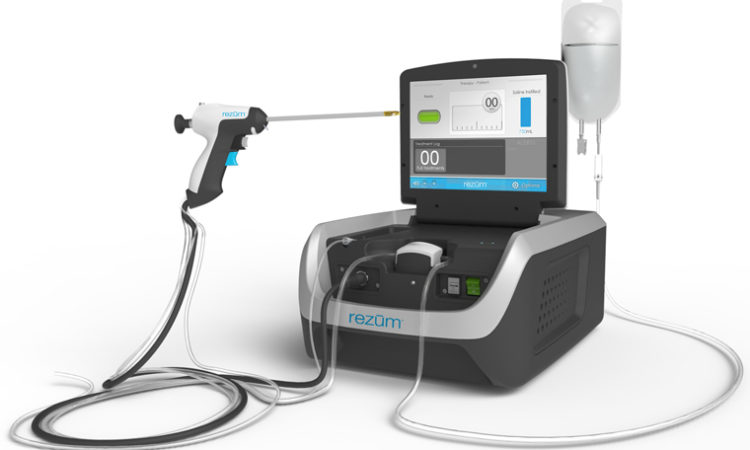 At the same time the deal closes this quarter, NxThera’s technology will be used to launch a new company owned by Boston Scientific and other investors.
By Sam Schaust
March 21, 2018

Medical device giant Boston Scientific is acquiring NxThera, a privately-held prostate treatment company out of Maple Grove, in a deal worth up to $406 million.

Boston Scientific, which is headquartered in Massachusetts but has more than 7,000 employees in Minnesota — nearly triple that of its home state — announced the deal on Wednesday. The company will pay $306 million upfront for NxThera and its minimally invasive RezÅ«m therapy, which is currently used as a treatment option for men suffering from benign prostatic hyperplasia, or BPH.

Approximately 110 million men worldwide suffer from BPH, an enlarged prostate condition that creates urination problems and reduced kidney function among older men. NxThera’s RezÅ«m system is a first-line treatment that uses water vapor to target the enlarged prostate tissue and ease BPH symptoms. RezÅ«m received FDA approval in August 2015 and has been used by more than 22,000 men suffering from BPH to date.

The sale, which is expected to close in the next few months, will not result in NxThera being absorbed by Boston Scientific, but instead spun off into a new company owned by NxThera’s current shareholders, which include Boston Scientific. (Boston Scientific invested an undisclosed amount in NxThera during a $40 million fundraising round at the end of 2015.)

“Our technology has a number of other applications,” NxThera chief executive Bob Paulson said in an interview with TCB regarding the spin off. “That company will focus on doing clinical studies and commercializing applications to treat prostate, kidney and bladder cancer.”

The company, which does not yet have a name, will technically license the RezÅ«m convective vapor ablation technology to develop new treatments. “Think of it as a field of use license,” Paulson added. “So they’re going to license this new company to utilize this intellectual property, patents and know-how to developing these three new indications.”

It is not yet known if Boston Scientific will utilize NxThera’s staff of 74 workers at this spun-off company. “Ultimately, how [Boston Scientific] decides to organize won’t be determined here for a while,” said Paulson. “But I’m encouraged. This is a complimentary fit.”

Notably, Boston Scientific has a large facility in Maple Grove — about 3 miles from NxThera’s offices — and elsewhere in Minnesota, including in Minnetonka and St. Paul.

Boston Scientific does not expect its deal for NxThera will affect its adjusted earnings per share until 2021 when it will  become accretive.

Boston Scientific stock finished down one penny on Wednesday at $27.66 a share.