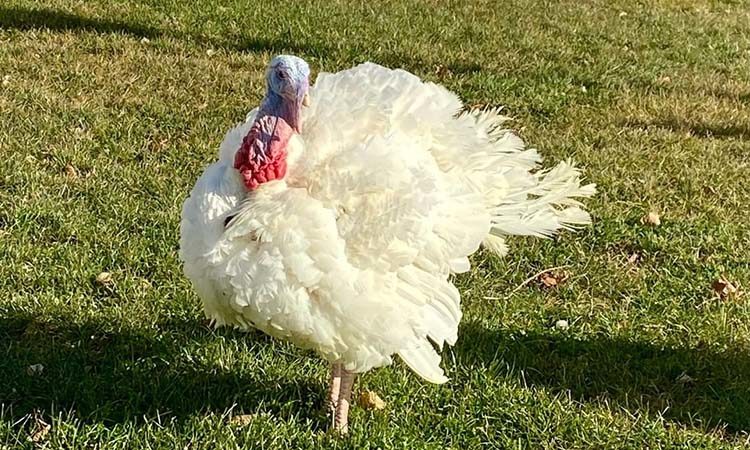 A turkey on the Minnesota State Capitol lawn in 2021. Minnesota Turkey Growers Association on Instagram

With over 100 flocks infected by avian influenza this year, Minnesota farmers have implemented stringent biosecurity measures to protect their birds. But these measures come at a cost.
By Winter Keefer
November 17, 2022

Turkey farmers across the world this year have battled the spread of bird flu, and Minnesota—still the largest turkey-producing state in the nation—has been hit particularly hard.

With 105 highly pathogenic avian influenza (HPAI) outbreaks so far this year, Minnesota is leading the nation in the number of flocks affected by the virus, though Iowa has had the most turkeys impacted. While industry leaders say the toll this virus takes will not drastically impact the availability and price of your Thanksgiving turkey – at least no more than inflation – outbreaks are devastating to many farmers and have fundamentally changed the way turkey and poultry farms operate.

Usually, when a flock is infected with the virus, the birds in that space must be culled. Their bodies are then composted at a heat high enough to kill the pathogen. But it doesn’t end there: Equipment must be cleaned to ensure the virus doesn’t spread to other barns. This takes time and resources, and each case is different.

On Pete Klaphake’s farm in Melrose, two of his 35 flocks tested positive for the virus in the spring. While the number of turkeys impacted in each outbreak varies, around 90,000 turkeys needed to be culled in Klaphake’s case.

“It’s having a plan in place as to what you need to do if there’s a positive case on our sites,” he told TCB. “Then, from there, once we have the positives, we say, okay, what do we have to do to minimize virus spread to our farms or neighbor’s farms? Then we have to get the farm cleaned up and can go about doing business again afterward.”

The bird flu caused its first major impact on turkey farmers across the country in 2015, a year when, in Minnesota alone, 108 farms were infected with the virus leading to the death of over 9 million birds. This is the first year since then the virus has been found in the state.

But Klaphake, who also serves as president of the Minnesota Turkey Research Council, says at least this time there were procedures in place to lessen the risk of spreading the virus between flocks if an outbreak occurs.

“We did a lot of work, a lot of training, a lot of documentation, put in time to get an audit done to make sure that these plans were in place,” he said, noting that without these prior plans, this year’s avian influenza spread could have been far worse.

While farmers and researchers worked to develop biosecurity measures, there’s no full-proof solution against outbreaks. The virus is passed to flocks through wild birds, making it hard to control, Klaphake said. A possible solution in the long run could be a vaccine, but Klaphake noted that this takes time and money to develop, and there are industry complexities involved in vaccinating poultry.

“The problem for our industry and for any protein industry is that once you start vaccinating for avian influenza, some countries will not let you export meat,” he said.

Austin, Minnesota-based Hormel Foods Corp. is a big player in the turkey industry. The company owns the popular Jennie-o turkey brand and operates a turkey facility in Willmar, Minnesota. When asked about how bird flu will impact the holiday season, a company spokesperson said “We are confident there is ample supply of turkeys, including fresh birds.”

“However, as always, we recommend customers shop early if there is a specific size or style of turkey they are looking to purchase,” the spokesperson said. “In terms of HPAI, there was minimal impact to our turkey business this summer and we experienced no customer or product disruptions. I can’t speak to prices in the store as they are set by the retailers, but food costs across all categories are up due to inflation as are inputs throughout the supply chain in all industries.”

Klaphake’s work with the Minnesota Turkey Research Council also includes outreach to further educate people about what goes into the production of meat. Not many people know the intricacies of the industry that brings turkeys to the deli section.

“You know, it’s great that we get a lot of requests about the turkey industry around Thanksgiving. We’re very fortunate to have a holiday where what we do is kind of a centerpiece,” Klaphake notes. “But there are 364 days in a year outside of Thanksgiving.”

Increasing biosecurity measures comes at a cost, said Abby Schuft, a professor at the University of Minnesota who helps educate poultry producers about National Poultry Improvement Plan biosecurity plan principles. These principles were developed after HPAI first hit in 2015.

“Since 2015, the culture has already changed on what farmers have to do every day to protect the health of their birds,” Schuft said. “That’s when biosecurity became extremely important. And now we’re even taking biosecurity another two or three steps above and beyond what they’ve been doing the last seven years.”

And it’s going to need to become a part of their everyday production, she said. This costs time, it costs money to purchase the hard goods, personal protective equipment, detergents for cleaning, other different disinfectants, and sprayers and powerwashers. It also means hiring and training additional employees for many farms. These biosecurity measures are becoming part of poultry farming culture.

“Financially, I think it could really affect multi-generation farms, or maybe those independent farms that don’t have financial backing because, when they do have a case of avian influenza, they’re essentially without birds on their premises for four to six months,” she said. “And while there is indemnity in place, there are still expenses that aren’t reimbursable, that aren’t covered. There’s still the emotional expense.”

It’s important to remember the robust turkey industry in Minnesota is more than a living for many people, she says. It’s a lifestyle, and bird flu poses a risk to farmers no matter how long family farms have been operating. While they haven’t heard of anyone leaving the industry yet due to strains induced by the bird flu, both Schuft and Klaphake said it remains a possibility.

Part of the trouble with HPAI is its unpredictability. Shuft noted there are a few differences in this year’s flu compared to 2015. This time around, a larger number of smaller backyard flocks (hobby, exhibition, or personal use flocks) were affected by the virus. There were also a larger number of wild bird fatalities attributed to avian influenza. The duration of the outbreak is also different. In 2015, outbreaks ended in June. This year, however, there was never a full break from cases of infection – although there was a pause in Minnesota over the summer months.

As for years to come, what can be done to mitigate damages if avian influenza hits the state again? 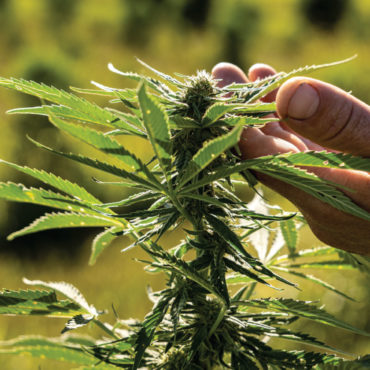