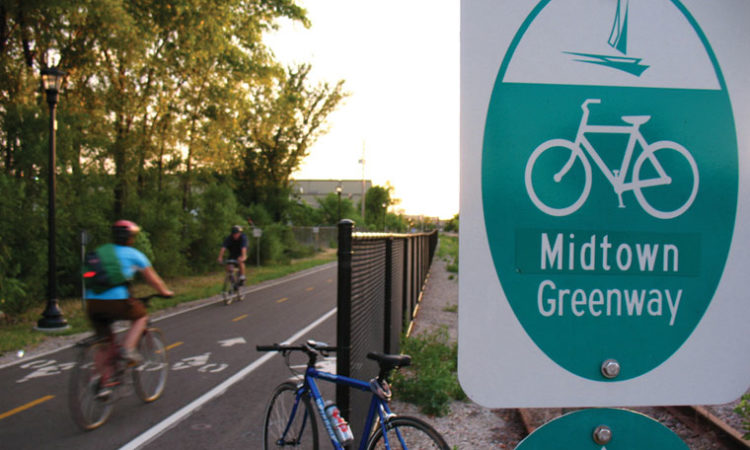 A new study by the University of Minnesota and MnDOT tries to quantify bicycling's impact on wallets and health.
March 28, 2017

Biking isn’t just a fun way to get around Lake Calhoun or a cheap way to get to work – it’s also an economic and health boon to the state.

That’s according to the findings from a report by the University of Minnesota’s Center for Transportation Studies, which said that Minnesota’s bike industry contributed $780 million in economic output in 2014. It also helped support 5,500 jobs and over $200 million in labor-related income.

The study was the first of its kind nationwide and looked at the impact from the state’s bike manufacturers and wholesalers, retail stores and nonprofit and advocacy groups.

“This is the first time a state has attempted to assess, in a single study, the multiple impacts that bicycling activities have on the state’s economy and health,” said Sara Dunlap, a principal planner at the state’s Department of Transportation, which funded the study.

By far the largest contributor to the bicycle industry’s impact was the manufacturing and wholesale sector, which had an economic contribution of $616 million. Minnesota is home to several major bicycle part manufacturers, including Quality Bicycle Products of Bloomington and Park Tool of Oakdale.

Bicycling commuting in particular appears to have benefits beyond making an economic contribution, according to the researchers. The study found that metro-area bicycle commuting prevented 12 to 61 deaths, which provided $100 million to $500 million in savings. It also found that workers who commuted by bike three times per week reduced their odds of metabolic syndrome by 46 percent, obesity by 32 percent and hypertension by 28 percent.

The findings from the U’s study will be used by MnDOT to determine future multimodal investments in the metro and throughout the state. The Twin Cities already have one of the highest bike commuting rates in the country—about 5 percent in Minneapolis and just over 2 percent in St. Paul—and is highly ranked for its on-street bike lanes and off-street trails. The Twin Cities is also home to one of the largest bike-share systems in the United States: Nice Ride (the nonprofit organization hopes to begin its 2017 bike share season on April 3).