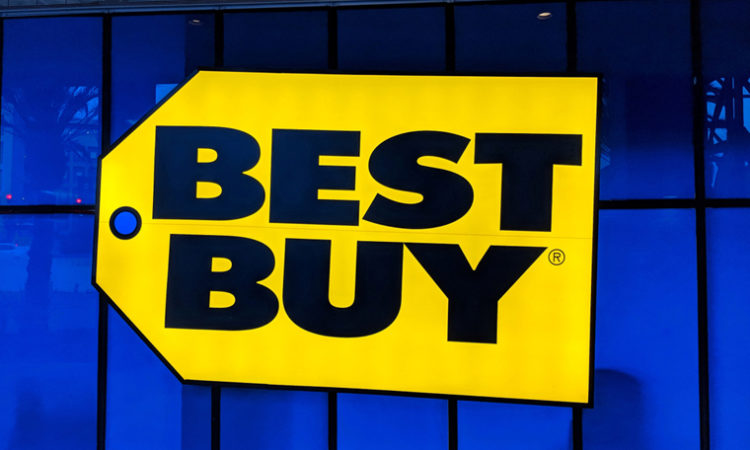 But the retailer’s refusal to increase its outlook for the year disappointed investors and sent shares tumbling by more than 7 percent.
By Sam Schaust
May 24, 2018

Despite its holiday performance being a tough act to follow, Best Buy once again reported same-store sales growth at a height it has not seen in over a decade.

Following a 9 percent improvement in its fourth quarter same-store sales, the Richfield-based electronics retailer returned Thursday with a more than 7 percent uptick in the same metric for the first quarter of its 2018 fiscal year.

“We are excited by our momentum and continue to believe we are operating in an opportunity-rich environment driven by technology innovation and customers’ need for help,” said Best Buy CEO Hubert Joly in a statement. He added that the strong sales performance came from “all channels, geographies and most of our product categories.”

For the three-month period ending May 5, Best Buy took in profits of $208 million from $9.1 billion in revenue, amounting to annual growth of 10.6 percent and 6.8 percent, respectively. Its earnings per share leapt 37 percent year-over-year to 82 cents. Wall Street analysts polled by Zacks Investment Research had predicted earnings per share of 75 cents.

Buoyed by back-to-back standout quarters, investors questioned why the company elected not to raise its outlook for the year.

“I guess it’s really early in the year and a lot can happen, but in the first quarter last year I believe you did increase your guidance,” analyst Mike Baker of Deutsche Bank pointed out during a conference call with Best Buy executives Thursday morning. “I’m just wondering if there’s anything more to read into the not increasing guidance [this year].”

Corrie Barry, the CFO of Best Buy, clarified by framing the company’s first quarter as one that makes up just 15 percent of its total revenue for the fiscal year. “We believe right now we’re trending towards the higher end of our revenue range,” she said. “We kind of like where we’re headed right now, but we just want to give ourselves plenty of room as we head through the rest of the year.”

Heading into its second quarter, Best Buy is projecting revenue similar to its first quarter — ranging between $9.1 billion and $9.2 billion — with same-store sales growth of 3 to 4 percent. For the year, it expects revenue to be within $41 billion to $42 billion.

Joly during the conference call echoed Barry’s positivity about the year ahead.

“There is no doubt that the consumer environment is better,” he said. “I think our numbers are higher than probably most retailers [and], in our case, it's really a combination. You have the consumer that is feeling better. You have the continued housing recovery is helpful. And there's technology innovation that’s driving us. And of course, are continuing to gain market share. So we have three engines, if you will, driving our current growth.”

Best Buy shares, which were up about 10 percent for the year prior to Thursday, fell as much as 7.5 percent, in large part because of concerns over the untouched fiscal year outlook.