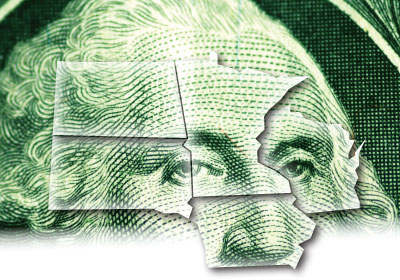 Are The Taxes Always Greener?

For companies choosing locations for factories and offices, how big a role do taxes play?
October 01, 2011

The blogospheric equivalent of a tempest in a teapot erupted last March when Hutchinson Technology announced that it would eliminate 600 Minnesota jobs in a shift of certain manufacturing operations to Wisconsin and Thailand.

Faced with falling revenues, the Hutchinson-based maker of components for computer disk drives has made at least three major cuts to its hometown work force since 2008. This time, the company said it would transfer some production work to its plant in Eau Claire, Wisconsin.

Some bloggers and tweeters, eager to claim that tax rates in Minnesota were pushing jobs out of the state, attributed the move to a new two-year tax break that Wisconsin recently had begun offering to qualifying companies that opened locations there. Other bloggers countered that since Hutchinson’s Eau Claire plant had been in operation for several years, the company would not qualify for Wisconsin’s new-business incentive.

It was quite a little uproar for a while, notes Connie Pautz, vice president of human resources and communications for Hutchinson Technology. “But we had nothing to do with it.” In the first place, she says, neither Minnesota tax rates nor Wisconsin tax incentives played any role in the move. In the second place, though some of the 600 lost Minnesota jobs arguably went to Thailand, none went to Wisconsin. Indeed, 200 jobs were cut from the Eau Claire plant earlier this year.

The move was all about facilities and technology, Pautz says. Hutchinson is transitioning to producing a “next generation” suspension assembly for disk drives. The manufacturing process is more highly automated, requiring fewer workers. The Eau Claire plant is newer and easier to convert than the Hutchinson plant.

“I still don’t know if we would qualify for the Wisconsin tax credit,” Pautz says. “I’d have to check. It just never came up.”

Going For The Green

The Tax Foundation, a conservative Washington, D.C., interest group, ranks South Dakota number one as the state with the best tax climate for businesses. North Dakota ranks 20th. Wisconsin, Minnesota, and Iowa are grouped as high-tax states, ranking 40, 43, and 45, respectively.

South Dakota buys radio and billboard advertisements that urge Minnesota businesses to relocate across the border to escape corporate and personal state taxes. Nobody appears to keep track of how many do so, but the threat that Minnesota companies will flee to the Dakotas or elsewhere is commonly invoked to support the argument that corporate and personal tax rates in the state are at job-killing levels.

As Hutchinson Technology’s case suggests, however, businesses expand, relocate, or otherwise set up shop in particular locations for many reasons that have little or nothing to do with tax rates—or special tax breaks.

This does not mean, obviously, that companies are oblivious to the tax breaks offered by job-creation programs in many states. Minnesota’s own JOBZ program, which operates outside the Twin Cities metro area, can relieve a qualifying start-up of virtually all state and local taxes, including property taxes, for several years. Companies also routinely approach state and local officials to negotiate individual tax breaks and incentives for creating jobs in a particular place.

For major employers, those incentives often are worth millions of dollars, according to consultants who help companies with expansion and relocation decisions. Mark Stevens, who represents manufacturers and distributors in Minnesota and Wisconsin on behalf of national accounting firm Wipfli, says that many localities are so eager to hand out tax breaks and other incentives, such as free job training, that negotiating with them becomes almost perverse. The focus of negotiation, he says, sometimes needs to shift away from how much the company can get and turn into a matter of managing the locality’s expectations.

“I’ve seen too many deals go bad, where a company negotiates to the point of generating ill will before it even shows up,” Stevens says. “The company gets incentives that create huge expectations of what it will give to the community. And typically, the company will underdeliver.”

Most of Stevens’ clients are what he describes as midsize companies, with about $10 million to $750 million in revenue. When he helps them negotiate with localities for tax incentives, he prefers a no-surprises approach. “We want to share up front the high- and low-end potential of how we’ll impact the community: jobs, taxes, use of utilities,” he says. “Then we ask, ‘What do you have available?’ In other words, we bring up incentives last. We don’t lead by asking for incentives.”

Dan Bartholet, the partner who runs the state and local tax practice for accounting consultancy Grant Thornton, LLP, in Minneapolis, works mostly with larger companies. He agrees that tax breaks are a standard item on their wish lists when they are deciding where to locate a new facility. And he says that companies don’t hesitate to ask states or localities for several years’ worth of breaks on taxes—corporate tax, property tax, sales tax, and more—in return for setting up shop in their area.

“It’s a typical negotiating tool if you’re considering a number of locations,” Bartholet says. “When you approach a county or a state’s economic development authority, you can say, ‘Here’s what I’m seeing elsewhere, and your location doesn’t match up. Is there anything you can do?’”

The Importance of Tax Breaks

The basic goal of tax breaks is the same, whether from state governments or local entities: A locale forgoes tax revenue from a new business for some period—often five or 10 years—in hopes of recouping the loss once the business is established. Meanwhile, the jobs created generate additional economic activity.

Sometimes the taxpayer investment is more direct, as when a locality underwrites job training for a new plant or pays for infrastructure or site preparation.

But how much do communities actually benefit from such deals? Decades of research suggest that the answer usually is not much, says David Schultz, a professor at Hamline University’s School of Business in St. Paul and a specialist in economic development. In a blog posting last year, Schultz wrote: “Hundreds of studies overwhelmingly reach [the] conclusion [that] tax breaks to encourage economic relocation or investment are generally economically inefficient and wasteful.”

It isn’t that taxes don’t matter to businesses when they are deciding where to locate, Schultz says. It’s just that “when you line up all the factors that influence business-location decisions,” taxes turn out to rank fairly low on the list.

Studies show three “tiers” of decision factors that determine where a business will locate, Schultz says. First-tier determiners have to do with work force issues: prevailing salary scales, education and training levels, and so forth. “Basically, what kind of work force can we get for what kind of money?” he says.

Taxes—both permanent tax rates in a state or area and special breaks or incentives for relocating—fall into the third tier of determiners. To oversimplify a bit, “if everything else is a wash, then taxes might tip the decision,” Schultz says.

One conclusion supported by the research, Schultz says, is that more often than not, programs like JOBZ or other special tax incentives merely reward companies for moves they would have made anyway. Another conclusion is that even when a given tax incentive succeeds in luring a company that otherwise would have gone elsewhere, the community probably would get a bigger economic boost if it spent the money on education or infrastructure.

“Over the long term, the best economic development investment a state can make is in education. And infrastructure investment is number two,” he says. So even if your $1 million tax break attracts a new business, “the question becomes, would there have been a more efficient thing to do with that $1 million?” In most cases, the answer appears to be yes.

To use what Schultz calls an old and cheap argument that is valid nevertheless, “If low tax rates were the determiner, Mississippi and Alabama would be far ahead of Minnesota [in business activity]. And if high taxes were a determiner, New York City would be dead.”

Negotiating for incentives and tax breaks is a standard part of what consultants do when helping corporate clients with location decisions. Even so, consultants agree that taxes are very rarely the chief determiner of where companies go.

Scott Nichols, state and local tax director for RSM McGladrey, Inc., an accounting firm in Minneapolis, says that work force issues, real estate considerations, and proximity to customers and suppliers usually are his clients’ top concerns. “If you’re in distribution, for instance, you can only be so far from your customers before transportation costs will outweigh any tax break you’re going to get,” he says.

Bartholet and Stevens agree. But while conceding that point, the consultants balk at the suggestion that the tax climate in a state is a minor concern or that special tax breaks merely reward companies for doing what they would do anyway. Tax considerations may not be primary, but they can be significant, Nichols says. Bartholet ranks taxes as an “important concern.”

Schultz’s observation about tax incentives coming into play only when everything else is a wash is an overstatement, they insist. Take the issues of transportation and proximity to customers. “When we do a logistics analysis of inbound and outbound freight, we typically strike an arc 250 or 300 miles wide,” says Stevens. “That means we might be talking to Minnesota, Wisconsin, Iowa, and Illinois. A five-year break on taxes can matter.”

It’s just that other factors often matter more. Sometimes they are idiosyncratic. Stevens has a client that uses tremendous amounts of nitrogen. Therefore, proximity to nitrogen suppliers is an overriding concern. One of Nichols’s clients is a private Minnesota company that could have gained serious tax advantages by opening a branch in Canada. Against the advice of his executives, Nichols says, the owner put the new branch in Minnesota out of simple loyalty to the community.

But while it is not uncommon for wealthy Minnesotans to change their personal residence to a low-tax state such as Florida, none of the consultants to whom TCB spoke could recall a single client that moved its place of business out of Minnesota in order to escape state taxes.

Examples of Minnesota companies that have heeded the siren song of South Dakota’s radio advertisements are not easy to find in significant numbers. The most famous desertion came in 2009, when TCF Bank moved its legal headquarters to Sioux Falls, South Dakota. According to TCF spokespeople, however, the move did not cost Minnesota any jobs, and it had far more to do with South Dakota’s permissive banking regulations than with its lack of corporate or personal state income taxes. At the time of the move, the Minneapolis Star Tribune pointed out that Wells Fargo, as well as Citibank’s credit card business, already had established legal homes in South Dakota, lured by the lax regulatory climate. Citibank, in fact, moved its credit card headquarters there shortly after the state repealed its usury law in the 1980s.

While Bartholet has had no clients close their Minnesota operations due to taxes, he says he can testify that high tax rates have prevented some companies from expanding into the state. “I have seen Minnesota’s tax structure cause clients to put new locations elsewhere,” he says. “I think it’s fair to say that if a company is expanding—even if it’s a large, Minnesota-based company—Minnesota is not at the top of their list.”

Stevens, who is based in Green Bay, Wisconsin, says he doesn’t hear much complaining from clients about Minnesota tax rates. And he finds that companies from outside the Midwest, looking to expand into the region, do not abhor Minnesota as a notoriously high-tax state.

Says Stevens: “I really don’t have any clients with negative feelings toward Minnesota—unless they’re Packer fans.”