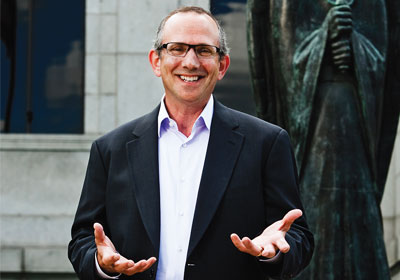 Are Angels the Job Creators We Need?

“This is how we’re going to get jobs,” said State Representative Tim Mahoney at the August 16 launch event for the Minnesota Angel Network. The St. Paul DFLer was echoed by nearly every other speaker at the podium that evening.

The words “create jobs” are on everyone’s lips these days. A recent announcement from the City of Minneapolis reads, “Mayor Rybak signs ‘taproom ordinance’ to allow breweries to serve pints of beer on site, creating new jobs.” May it prove to be true.

The question is just how jobs are effectively created. The tactic of recruiting jobs with tax incentives draws scrutiny in a time of budget deficits. Coloplast, the Danish maker of health care products, got nearly $4 million in public subsidies for its two-year-old riverfront facility in Minneapolis based on promises of 500 jobs there, according to a Star Tribune report, but employees number less than half that. India’s Suzlon Rotor Corporation got millions in local and state dollars to build a wind turbine manufacturing plant in Pipestone five years ago. That operation ballooned for a short time to 500 employees, then went bust and this summer provided just 30 jobs.

The new Minnesota Angel Network (MNAN) comes at the problem with a make-jobs-from-scratch approach. Organizers propose to grow more companies in Minnesota by vetting and training start-ups to better pitch themselves to angel investors and get funded. Todd Leonard, the network’s executive director, introduced a growing roster of 13 professional services firms at the launch event (see list at right) that each have pledged more than 150 hours of pro bono advisory services to MNAN start-ups.

For angels, the network offers a central access point (an online portal at mnan.org) for learning about start-ups that have completed training and for syndicating deals. Jeffrey Robbins, an attorney with the Minneapolis law firm Messerli & Kramer, PA, and founder of a new angel collaborative called AngelPolleNation, which formed this summer, says he’s already talking with Leonard about an arrangement in which companies certified by MNAN will be presenters at AngelPolleNation meetings.

And will this bring jobs to Minnesota? Dale Wahlstrom looks at data for his answer. He is CEO and president of the Bio- Business Alliance of Minnesota, and with alliance COO Jeremy Lenz, he cofounded and developed the Minnesota Angel Network over the past two years. Among the 193 early-stage companies that received consulting and referral services from the BioBusiness Alliance from 2007 through 2010, 2,700 jobs were created in the state, according to Wahlstrom.

“This system will be one to emulate nationally,” Wahlstrom said, referring to MNAN at the launch event. The network is designed to dovetail with the new Minnesota Angel Tax Credit; start-ups that meet the criteria for the tax credit also meet the criteria for participating in MNAN, and one goal of the network is to spread the effects of the tax credit throughout Minnesota.

“All over the state, there are points of entry for start-ups” that want to take part in MNAN, Leonard says, naming “feeder organizations” that will refer early-stage companies to the network: AgStar Financial Services, the Mayo Clinic, the Southern Minnesota Initiative Foundation, and others (listed at right).

Like everyone else, when it comes to job growth, Leonard says he’s seeking measurable results. Doug Ramler, principal of the Minneapolis law fi rm Gray Plant Mooty, one of the angel network’s partner fi rms, says GPM will track all the key metrics of MNAN’s completed deals, including jobs produced.