Two studies released this year suggest that Minnesota is not a major hotspot for entrepreneurs, but their methodologies open the door to debate.
By TCB Staff
October 18, 2013 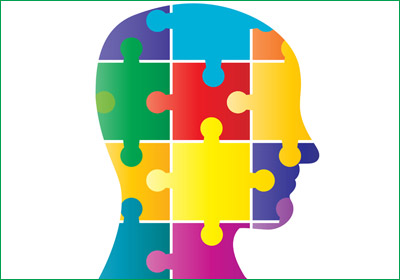 People who have the type of personality that leads them to start new businesses tend to be clustered together geographically—and Minnesota isn’t home to a particularly strong concentration of such entrepreneurially inclined individuals.

That’s one takeaway from a study that psychologists from Germany’s Friedrich Schiller University Jena and the University of Texas released earlier this year and that seems to resonate with another 2013 report.

The study, which was published in the Journal of Personality and Social Psychology and recently picked up by the Harvard Business Review, states that the entrepreneurially inclined tend to cluster in the Western states. While Washington, D.C., topped the list, Colorado, Utah, South Dakota, and Nevada rounded out the top five. “Rust Belt” states (Indiana and Ohio, for example) fared poorly.

Minnesota ranked in the middle of the pack, coming in 22nd among states based on its so-called “entrepreneurial personality profile.” Not exactly a standout in terms of the entrepreneurially minded.

Where Do The Numbers Come From?

The data is pulled from a previous study, which conducted an online poll of more than half a million U.S. citizens to see if their personality attributes lined up with those most commonly found in entrepreneurs. While the sample is sizable, the Harvard Business Review didn’t point out that the survey was actually conducted between 1999 and 2005.

However, Martin Obschonka, one of the study’s authors, told Twin Cities Business that the prevailing theory among experts is that “regional personality is quite stable”; he estimates that such trends remain relatively consistent for at least five to 10 years.

Obschonka said the findings indicate that heredity may play a role in entrepreneurship: The attributes of the early settler who ventured west may still be shining through, while regions like the Rust Belt may have “fostered non-entrepreneurial mindsets” over time due to the prevalence of mass production.

The study suggests that Minnesota is “in between” those two extremes with respect to entrepreneurial personalities, Obschonka said, adding that his team is now working to analyze data at the city level.

A key purpose of the recent study from Germany’s Friedrich Schiller University Jena and the University of Texas, which can be downloaded here, was ultimately to look for larger correlations between entrepreneurial personalities and entrepreneurial activity, not only in the United States but also in Germany and United Kingdom.

But some have worried that recent studies are perpetuating a negative narrative regarding Minnesota’s entrepreneurial community, and the Kauffman Foundation’s measurements in particular have come under fire.

Scott Litman, managing partner of Minneapolis-based Magnet 360 and co-founder of the Minnesota Cup entrepreneur competition, joined forces earlier this year with John Stavig, director of the Carlson School of Management’s Gary S. Holmes Center for Entrepreneurship, to pen an editorial that described business formation rates as “a misleading measure, as it does not distinguish between high growth ventures, lifestyle businesses, and sole proprietorships.”

The men pointed out that, “if a high rate of business formation includes volumes of businesses with no more than one employee, it could easily be tied to high unemployment and the necessity for individuals to incorporate while consulting or other measures.” Researchers should instead measure entrepreneurial performance based on “businesses that through their success will create jobs, innovations that better the world around us, and ultimately ventures that reward their investors as well.”

“These factors do not show up in the business formation data,” they added.

Too, there are a number of signs that suggest Minnesota is a major player in entrepreneurship. For example, the state is a national leader in terms of patents, and the annual Minnesota Cup competition attracts thousands of entries.