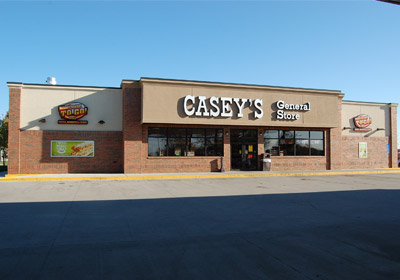 The North Dakota-based Stop-n-Go gas station and convenience store chain, which had four locations in Minnesota, was bought out by Iowa-based Casey’s General Stores, Inc.
February 23, 2014

Casey’s General Stores, Inc., announced Wednesday that it plans to purchase all 24 Stop-n-Go gas station and convenience store locations, which include four in Minnesota and 20 in North Dakota.

The move brings Casey’s Minnesota store count to around 140, and the company is eyeing more growth in the state.

Ankeny, Iowa-based Casey’s General Stores did not disclose a purchase price for the deal, which is expected to close in May.

The four stores sold in Minnesota are in Dilworth, Fergus Falls, and two in Moorhead.

According to company spokesman Bill Walljasper, the stoplight-themed Stop-n-Go stores will be rebranded with Casey’s country barn logo.

“Over the next 10 to 12 months the stores will also be remolded to include our kitchens,” Walljasper told Twin Cities Business. “The biggest change will come from our on-site prepared food. Our cornerstone pizza—which is made from scratch—our homemade donuts, and made-to-order sub sandwiches.”

Walljasper said Casey’s works to retain existing employees at the stores it acquires and that with the kitchen additions, the company may be hiring on two to three more employees at each location.

“We are excited about the opportunity to acquire the Stop-n-Go chain as they are a well-managed and established group of stores in a relatively new market area for Casey’s,” President and CEO Robert Myers said in a statement. “This acquisition will be accretive to earnings in the first year of operation and will provide future earnings enhancements as we realize operating efficiencies and integrate our prepared food operations.”

During Casey’s most recent fiscal quarter, its profits jumped about 25 percent and its revenue increased by about 5 percent. Casey’s has more than 1,700 total stores operating in 14 states.

“We hope this acquisition serves as a springboard for more Casey’s locations in the area as we continue to look for opportunities to build and buy stores in the upper Midwest,” Myers said.

Walljasper said Casey’s hopes to expand further into North Dakota and Minnesota in the future.