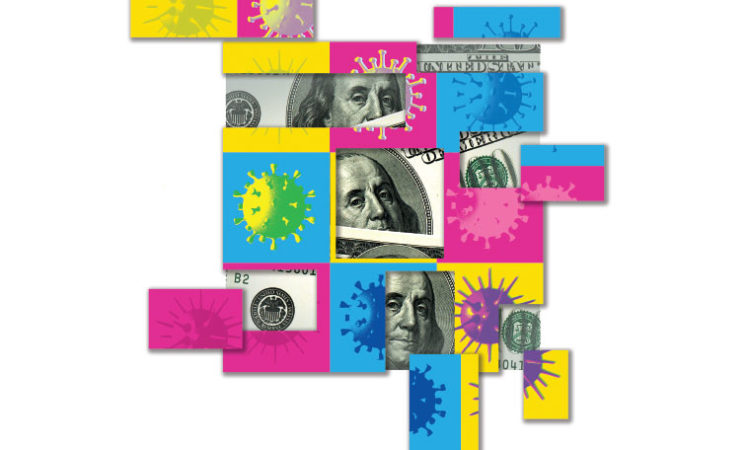 After Coronavirus, Which Industries Are Still Hiring?

The labor shortage is history, but not all industries are shedding jobs due to coronavirus.
By Burl Gilyard
May 02, 2020

At the end of February many Minnesota restaurants and hospitality businesses complained that they couldn’t find enough workers to fill open jobs. The issue had been plaguing nearly every industry for several years.

Ben Wogsland, director of government relations for Hospitality Minnesota, said at the time:

“Workforce is issue No. 1, 2, and 3 across all three hospitality sectors we represent [restaurants, lodging, and resorts], with some estimates projecting a need to add tens of thousands more good-paying jobs to these sectors in the next decade.”

Industries with Most Openings

But on March 16, Gov. Tim Walz ordered bars and restaurants across the state to close, including those located in hotels and resorts, as part of the state’s response to the Covid-19 pandemic.

“This is a challenging time for our hospitality industry and its workers. We are thankful for the steps the government is taking today to accelerate unemployment benefits and to provide tax surcharge relief, as well as activating disaster relief through the federal Small Business Administration,” says Liz Rammer, president and CEO of the Hospitality Minnesota trade group. “Hospitality provides over 300,000 jobs in Minnesota and is a critical driver of our state economy and identity, and will require significant additional economic relief as a result of this pandemic.”

Last year the Minnesota Department of Employment and Economic Development (DEED) reported job vacancies in the state were at an all-time high, with 146,513 open jobs at the end of second-quarter 2019. That meant that there were more open jobs than unemployed people in the state.

Denver-based Punch Bowl Social wasted little time. The same day Walz made his announcement, the company notified all 118 employees at its St. Louis Park location in the Shops at West End of a permanent layoff.

“The company laid off staff when the restaurant closed so that they could secure unemployment and have consistent income during inconsistent times,” says Rob LeBouef, Punch Bowl Social’s chief administrative officer. “When the government allows restaurants and bars to reopen, the company will go through hiring and training of new staff.”

The great hope is that the apocalypse is not at hand, that this will just be a short-term blip on the radar. Optimists hope that when historians look back on 2020, they won’t write about recession or depression, but about the Big Pause. But clearly, large sectors of the economy are effectively on hold.

“Once you let go of talent, it’s never easy to let talent back in. The question mark to me is how long can you wait and see?” —Dr. Joe Ungemah, EY

Federal Reserve Bank of Minneapolis president/CEO Neel Kashkari was on the front lines in the wake of the financial crash in 2008 that preceded the Great Recession. Kashkari served as an assistant secretary at the U.S. Treasury Department and oversaw the Troubled Asset Relief Program (TARP), one of the government’s efforts to respond to the crisis. Kashkari believes that there are key lessons from that crisis that can help us today.

“The [macro]economy can bounce back fairly quickly. It’s the workers that take time. That’s one of the other lessons from 2008. It took more than 10 years to put America fully back to work relative to where they were before the crisis,” Kashkari said on 60 Minutes in March. “That’s what we have to try to avoid—having these mass layoffs. We can’t have another 10-year recovery.”

How New Technology Helps in a Crisis
The Downtown Minneapolis Vibrancy Conundrum
St. Thomas Dean On Reinventing Business Education
Return of the Coronavirus

As the crisis hit businesses everywhere, unemployment filings skyrocketed, but some businesses saw strong increases and demand and pledged to hire thousands. Health, e-commerce, grocers, and any business needing drivers put out the call for new employees. Amazon touted plans to hire 100,000 employees for its warehouse and delivery operations, while boosting pay $2 an hour for workers across the U.S.

“We’re seeing an uptick in medical positions and drivers,” says an office manager at a Twin Cities staffing agency, who asked not to be named, even as layoffs swirled elsewhere.

Target Corp. subsidiary Shipt, a same-day delivery service, announced plans to hire 2,000 “shoppers” in the Twin Cities. Shipt handles deliveries for retailers besides Target. Per the company’s announcement, “Given the current environment, Shipt is enabling ‘social distancing’ by encouraging shoppers to complete deliveries by dropping orders at the door, avoiding physical contact.”

The state already faced a shortage of home health care workers. Kathy Messerli, executive director of the Minnesota HomeCare Association, says that Covid-19 is exacerbating the problem. “We need people more than ever. People are being told, ‘We don’t want you in the hospital.’ If you need care, then you need a home care provider. We need workers, we need equipment.”

Woodbury-based Kowalski’s Markets boosted hiring in response to the increase in grocery demand. The company typically hires about 60 people per month, but has started hiring an additional six to 10 people. “For all of our hiring needs, we have worked on reaching out to restaurant employees that are in layoff and have had a good amount of interest,” says chief operating officer Mike Oase.

Solid demand is also expected for technology workers. Mike Wolbrink, president of Eagan-based Azule Cyber, sees an ongoing demand for cybersecurity workers. “We’re busy all the time. This hasn’t slowed us down at all,” he says, noting that Minnesota has 6,000 open cybersecurity jobs.

“Unemployment in IT in the Twin Cities is basically zero,” says Jeff Tollefson, president and CEO of the Minnesota Tech Association. “We’re not seeing a slowdown … we have not seen any indication of a contraction.”

At worst, he says, there might be a brief pause in companies looking to add staff. Tollefson notes that workers in many kinds of companies are increasingly reliant on technology to work from home. He says that expertise in artificial intelligence, cybersecurity, data analytics, and cloud computing remain marketable skills.

“I think a lot of these skill sets are still going to be in demand,” Tollefson says. “You can begin a career in the IT world without necessarily having to get a bachelor’s degree.”

Tollefson notes that starting pay for many IT jobs are at least $80,000.

The state’s medical industry also appears to be on solid ground.

“We’re not seeing layoffs or unemployment being an emerging issue,” says Shaye Mandle, president and CEO of the Medical Alley Association, a trade group for the state’s health care companies. “Most of our companies are focused on Covid-19. You have the entire health care ecosystem focused on this issue.”

Mandle wonders whether the current crisis could create future opportunities for digital health companies: “Does this open more doors and demonstrate the value of online care delivery?”

Once the dust settles, Mandle says, the state’s medical companies once again will be scrambling to find workers. “The labor shortage is still a significant issue for Medical Alley’s future.”

Andy Challenger, senior vice president with Chicago-based outsourcing firm Challenger, Gray & Christmas, says that human resources directors everywhere are feeling a sense of whiplash, as they went from figuring out hiring strategies in a tight labor market to emergency meetings about whether workers will be laid off or furloughed in a matter of weeks.

“Companies are holding on to, in some ways, a seed of hope that this is going to pass,” says Challenger. “They’re worried about making an overreaction. … It’s just accelerating more quickly than people expected.”

The upshot: Hiring decisions are on hold. How long that will last remains unknown. The current situation “has people incapable of making hiring decisions right now,” Challenger says. “There’s a lot of panic … once there’s clarity people will be able to make decisions again.”

Dr. Joe Ungemah works with companies on transformations with the Minneapolis office of EY. He says that the Covid-19 situation will force many companies to take stock of who’s doing what within the organization.

Several major companies have announced big plans for hiring due to increased demand for goods or services.

“I don’t know how many companies specifically have workforce management teams in place,” Ungemah says. “It’s going to be hard for them to catch up.”

He notes that every company has employees who are always busy and those who don’t seem to have much work to do, but the proportions vary within each organization.

Ungemah says that most of his clients are holding off on layoffs and operating in a wait-and-see mode about the larger economy. “Once you let go of talent, it’s never easy to let talent back in,” Ungemah says. “The question mark to me is how long can you wait and see?”

One veteran economy watcher says it’s just a matter of riding it out.

“There isn’t anything you can do about the unemployment, that’s just the nature of this thing,” says Art Rolnick, a senior fellow at the Humphrey School of Public Affairs at the University of Minnesota. “It’s going to get a lot worse before it gets better. There clearly are going to be some of these restaurants and retail stores that can’t make it after being closed for three months.”

Despite those observations, Rolnick considers himself an optimist. And he’s used to taking the long view: He previously served as senior vice president and director of research for the Federal Reserve Bank of Minneapolis. He says that the Covid-19 pandemic is a temporary issue and argues that the economic fallout today is not parallel to the financial crisis that began in 2008.

“There were some real structural issues that led up to the financial crisis. That’s not what’s going on here,” Rolnick says.

Rolnick believes that once restaurants, retailers, and others get back in the business, the floodgates could open. “If this runs its course … you’ve got probably a two-month recession coming, maybe three months,” Rolnick says. “There’s going to be a lot of pent-up demand; we should see a sharp upturn. The optimist tells me that there’s a reasonable chance that by the fourth quarter, there could be a very strong pickup.”