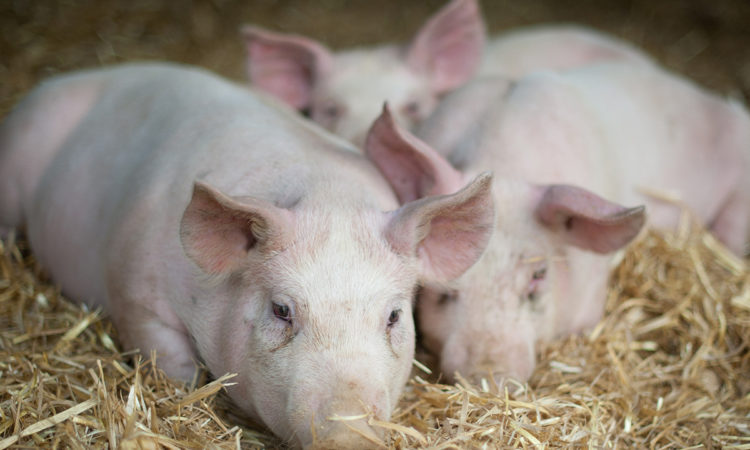 Processing plant closures due to coronavirus forced farmers to euthanize hundreds of thousands of animals. Now, many of the biggest players in Minnesota agriculture are debating how to strengthen the food system.
By Walker Orenstein
January 26, 2021

When several large pork processing plants shuttered last spring because workers got sick with Covid-19, it sent many who raise livestock into a panic.

“Farmers would call me and say: ‘My pigs are too big, I have nothing to do with them,’” Minnesota Department of Agriculture Commissioner Thom Petersen said at a hearing before the Minnesota House Agriculture Finance and Policy Committee.

Petersen said one desperate farmer even asked: “Is there going to be any help for me? Because I’m going to go buy two pistols today and shoot a thousand pigs.”

“I had farmers calling me in tears extremely just not knowing what to do, saying: ‘I’m going to haul all my hogs up to northern Minnesota and turn them loose,’” Petersen said.

Livestock is a huge industry in Minnesota. The state is the country’s second-largest producer of hogs and the biggest producer and processor of turkeys. But the plant closures revealed weakness in that system, as farmers were forced to euthanize hundreds of thousands of animals — an outcome that now has many of the biggest players in Minnesota agriculture debating ways to strengthen the food system.

As Gov. Tim Walz told the Minnesota Farmers Union last week: “We quite literally had all our eggs and all our pork in one basket when Covid struck.”

In April, several large meat processing plants around the Midwest shut down temporarily after workers got sick. The company JBS USA closed a Worthington pork plant, Tyson Foods shuttered an Iowa plant and Smithfield Foods also closed a South Dakota plant. The trend was not limited to pork: Hormel closed turkey plants in Minnesota amid outbreaks and cattle plants in Green Bay, Wisc. and Long Prairie also were idled or ran on diminished capacity.

Not only were workers sick, but farmers suddenly had nowhere to bring animals.

Hog farmers were in a particularly tricky spot, Petersen said at a state House hearing earlier in January. While cattle can be held on the farm a little longer, hogs are raised on a tighter schedule and are typically slaughtered at specific weights. The plant closures soon caused backups, and farmers had nowhere to take the animals.

MDA responded by using about $2 million from the state’s coronavirus fund to pay for euthanized animal composting. It also worked to find other fixes, such as moving hogs to empty barns and finding burial sites for pigs that wouldn’t threaten to spoil groundwater. Petersen also worked with officials in states like Tennessee, Louisiana and California to find slaughter plants to take hogs. Rendering plants — which kill animals and turn them into things like pet food — also worked longer hours.

Petersen said MDA even bought supplies for euthanizing pigs and built mobile trailers to use to kill animals.

In the wake of the problems caused by the processing plant closures last year, one idea has become increasingly popular: expanding the number and size of smaller meat processing operations to reduce the state’s reliance on big plants, particularly in the hog industry. Preisler said 10 plants take roughly 85 percent of the pigs raised in Minnesota today.

Large meat processing plants that sell products across state lines are federally inspected, but there are two categories of smaller plants under state oversight. Mid-sized plants, which the state refers to as “equal to” inspected plants, can process meat for commercial sale. Plants known as “custom exempt” can process meat for things like selling directly from a farm to a customer.

Nicole Neeser, director of the dairy and meat inspection division at MDA, said the agency created a grant program to help meat processors buy equipment like coolers or bacon slicers that would help them expand. The state also cut the time for a plant to upgrade to “equal to” from several months to weeks by loosening requirements and assigning caseworkers to help plants directly. She said MDA plans to continue its efforts to “fast track” plants.

The state-inspected plants helped take many hogs when the larger processing establishments went down, though that made it harder for the farmers who typically use the smaller businesses to slaughter or process their hogs.

Neeser said the state added four “equal to” slaughter operations since the pandemic began, an increase of roughly 20 percent in the number of such plants, and other existing businesses increased capacity. (One plant helped alleviate a shortage of sheep and goat processing capacity, Neeser said.) The number of custom-exempt plants increased from 227 to 243 between April and December, though some custom-exempt and equal to plants closed due to normal attrition and the pandemic’s impact on restaurants and other businesses that serve food.

So far, adding or growing smaller plants seems to be a popular idea to help the state prevent the backups that happened last spring. It’s a top priority for the Minnesota Farmers Union, a left-leaning ag group, and Walz characterized the organization’s efforts as fighting “monopolies that kill free markets.”

Gary Wertish, president of the Farmers Union, said he hopes the state can open meat cutting programs in the Minnesota State system to train people for the job since the industry says it lacks skilled workers. “By having a more diversified system it does make our food system more secure, whether it’s a Covid-19 problem or not,” Wertish said. “You’re allowing more farmers to be part of the system and you’re starting more small businesses around the state.”

Westrom said Republicans hope to identify and slash duplicative and burdensome regulations that might slow or prohibit smaller processors from expanding or opening. And he said the state could use federal money to fund more grants for processors to buy things like equipment. He also urged the state to put more money toward developing high-speed internet in rural areas, in part so farmers can more easily find and sell directly to customers.

Westrom and Preisler, from the pork board, didn’t hold Walz’s view that large plants hold something of a monopoly, and described the smaller meat processors as more “complementary” to the big businesses.

JBS did not respond to a request for comment, and Hormel declined to comment. Preisler said there are still advantages to larger plants that smaller ones can’t match. For instance, they can take advantage of economies of scale to lower prices and feed more people. Preisler also said the state has actually gotten less reliant on large processors in recent years.

Still, Preisler said adding more capacity in smaller plants is a good thing for farmers.  “I would also look at it as something that would be important rural economic development for small towns,” he said.

Minnesota lawmakers are likely to debate a range of plans aimed at helping the agriculture system withstand such shocks again.

State Rep. Samantha Vang, a DFLer from Brooklyn Center who serves as vice chair of the House Agriculture Finance and Policy Committee, said the state should pay more attention to helping farm and plant workers who are “the core of these operations.”

Many are immigrants and refugees and are sometimes unauthorized and may not have health insurance. Vang said the state could give benefits to people who were excluded from CARES Act stimulus payments because they’re undocumented or because they are citizens but their parents or family members are undocumented.

But she also said DFLers support continuing MDA efforts to help small meat processors and the push to add workforce training. Vang said she agreed with Walz that larger meat processors are effectively a monopoly. “It’s a matter of being able to develop a much more adaptable system,” she said.