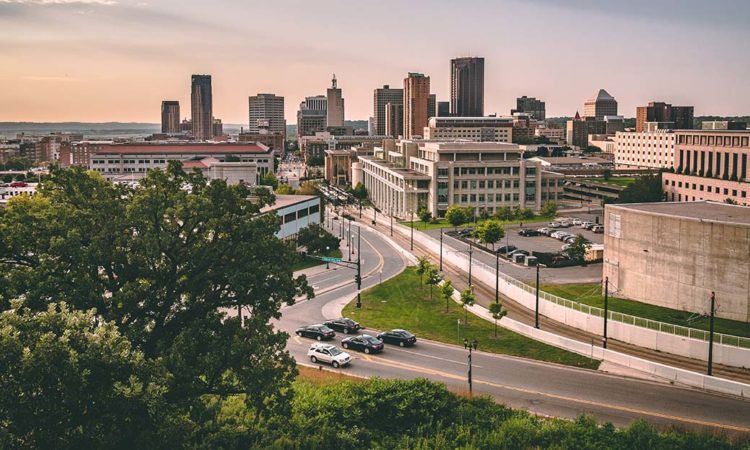 The St. Paul Downtown Alliance has launched a new initiative that will provide free, limited-term leases for a handful of retail businesses.
By Josh McGovern
August 09, 2022

The St. Paul Downtown Alliance is dangling a new incentive to fill vacant storefronts in the city. Earlier this month, the alliance announced a plan to provide free, limited-term leases for up to 10 retail businesses in St. Paul. Known as the “Let’s Grow” campaign, the program is aimed at revitalizing downtown St. Paul, which has been grappling with vacancies off and on for years.

St. Paul Downtown Alliance president Joe Spencer says the organization has tracked about 350 storefront businesses throughout the pandemic. “We saw about 10% of them closed permanently,” he says. “On one hand, that’s less than people expected, but on the other hand that makes a big difference to lose 35 stores. It’s a big deal.”

The alliance hired former Saint Paul Port Authority president Lee Kreuger and NEOO Partners to negotiate the leases with landlords and recruit tenants. The strategy was influenced by similar programs in Denver and Seattle but tailored to the St. Paul downtown area, Spencer says.

“If we can fill five or six vacancies in a small area [with temporary users], I feel that will have a pretty big impact on the experience,” he adds. “I would call that a success. If we’re successful, we’ll look to replicate it in other cluster areas downtown.”

The goal of the Let’s Grow campaign is to improve the experience of downtown St. Paul’s daytime population. With the loss of many storefronts, Spencer says there’s a noticeable loss of energy in the area.

“Walking past a vacancy is a bummer,” Spencer says. “It sends a negative signal.”

In the fourth quarter of 2021, St. Paul logged a retail vacancy rate of 12.5 percent, according to commercial real estate firm Colliers. Next to the downtown Minneapolis commercial business district, that was the second highest rate in the Twin Cities metro.

The campaign is a roughly $3 million venture. The alliance is funding the effort with $1 million from the American Rescue Plan Act, which will be matched by the John S. and James L. Knight Foundation. The downtown St. Paul business community is kicking in an additional $1 million.

“I think if we’re successful, other folks may want to mimic our strategy and replicate it in their communities,” Spencer said.