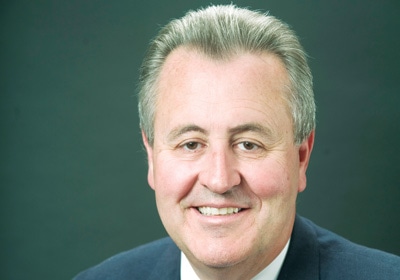 The Downtown Council chose Mark Stenglein because he can raise money and manage coalitions among fractious politicians.
May 11, 2012

Last year, the Minneapolis Downtown Council (MDC) asked several dozen local leaders for input about its next CEO. When Mark Stenglein outlined the attributes that such an individual should bring, the MDC’s search firm asked him to consider throwing his hat in the ring.

The 15-year Hennepin County Commissioner succeeds Sam Grabarski, who is retiring. MDC board members say Stenglein offers a different skill set. He has “a personality that can work with both sides of the [political] aisle and is an excellent listener,” says David Sternberg, MDC board member and senior vice president at Brookfield Properties.

MDC Board Chair Elliot Jaffee describes Stenglein as a “visceral advocate for downtown Minneapolis,” a collaborator, and someone with tremendous political acumen. Stenglein knows the intricacies of local government entities that have served as allies of the council, particularly when it comes to securing legislative funding.

Stenglein’s ability to fund raise, which he’s had to do to support his own five runs for commissioner, also stood out as a key strength, says Jaffee, who is Twin Cities market president for U. S. Bank.

MDC is backing Minneapolis’ request for $25 million in bonding from the Minnesota Legislature to revitalize Nicollet Mall; the sum would require a private match. The project is part of the council’s Intersections 2025 plan, which calls for doubling downtown’s residential population to 70,000, establishing a sports district, greening, and ending street homelessness. Bringing the plan to life will be Stenglein’s primary focus—and Jaffee says it’s no coincidence that a new plan and leader were announced in rapid succession.

“I’m a real nuts-and-bolts guy,” says Stenglein, 56, a longtime Northeast Minneapolis resident who owned his own business before becoming a county commissioner. “I like rolling my sleeves up and getting into the middle of things.”