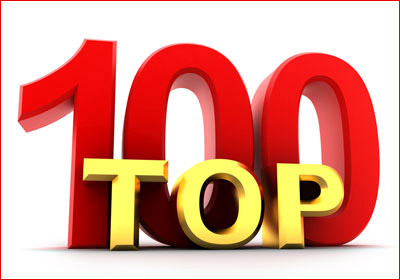 Six of America’s 100 “best small companies” hail from Minnesota—and one ranks among the top five.

That’s according to the latest list from Forbes, which looked at companies with less than $1 billion in revenue, ranking them based on their return on equity, sales and earnings growth over the past year, and growth experienced during the past five years. It also takes into account stock performance as compared to competitors. (Detailed methodology is available here.)

Proto Labs, Inc., a Maple Plain-based quick-turn manufacturer of custom parts that are used in a variety of industries, ranked third on this year’s list. The company, which raised nearly $70 million in a 2012 initial public offering, has $143 million in annual revenue and 622 employees, according to Forbes. Its five-year annual sales growth average is 30 percent, while its earnings growth and return on equity averaged 51 percent and 42 percent, respectively, over that period. Forbes said Proto Labs is the top-ranked “newcomer” to this year’s list.

Proto Labs recently acquired a new manufacturing facility in Plymouth that will house 350 employees, 100 of which will be new hires. Founder and Chairman Larry Lukis and CEO Brad Cleveland were featured in Twin Cities Business’ coverage of Ernst & Young’s 2012 Entrepreneurs of the Year awards winners.

Clearfield, Inc.—a Plymouth-based maker of products that distribute and protect fiber connections—ranked 14th. It has $45 million in annual sales after seeing its revenue climb an average of 15 percent annually over the last half-decade. Profits, meanwhile, have grown an impressive 42 percent. CEO Cheri Beranek was featured by Twin Cities Business in a 2011 feature story about local leaders’ “turning points”—and how they led to business success.

Minneapolis-based Winmark Corporation—parent company of franchise brands Plato’s Closet, Play It Again Sports, Once Upon A Child, and Music Go Round—ranked 21st. It has $55 million in revenue after seeing annual average profit growth of 57 percent over the past half-decade. John Morgan, Winmark’s CEO, recently sat down with Twin Cities Business for an extensive Q&A covering his business, investing in Canterbury, and pulling off one of poker’s all-time biggest bluffs.

Anaheim Hills, California-based Questcor Pharmaceuticals topped this year’s list. Its sales were up 81 percent in the last year and 51 percent over five years ago. Its stock outperformed all companies that made the list, soaring 2012 percent over the past 12 months.