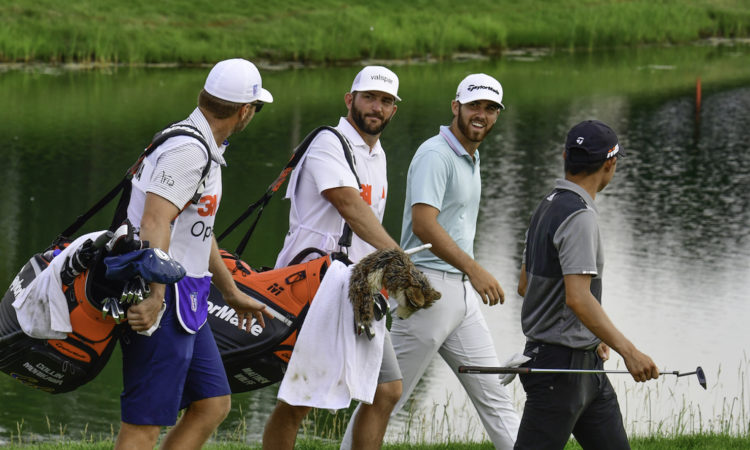 The 3M Open golf tournament kicks off today at TPC Twin Cities in Blaine, but it’s going to feel very different this year without the 160,000 spectators and hordes of volunteers that typically attend. You won’t see sponsor tents along the course, nor will you bump into pro golfers and their entourages around town—they’re sequestered in Blaine as a precaution against Covid-19.

Nevertheless, the tournament managed to hold on to 25 percent of its sponsor dollars, which 3M plans to donate to local charities along with a $1.5 million contribution of its own. According to Hollis Cavner, the owner of Pro Links Sports, a golf-focused event management company that plans the competition, the tournament had already outsold last year’s sponsorships before the pandemic hit.

After Gov. Tim Walz’s office resisted a proposed plan to allow 5,500 spectators, Cavner was considering moving the tournament to a state with fewer restrictions. But 3M wanted to keep it at home.

3M offered ticketed spectators a full refund, credit for next year, or the option to donate the funds to charities around the Twin Cities. Tournament Director Mike Welch describes one the most impactful silver linings of the pandemic being the “donations and generosity of the Minnesota business and general public community.”

“That’s what we do in Minnesota,” Welch said.

On Wednesday, players, caddies, and tour officials arrived at an undisclosed location where they are being quarantined prior to the event. Entrance to the location requires passing a Covid-19 test provided by Sanford Health, a thermal scan, and filling out a questionnaire.

The event also has far reaching implications for Blaine’s tourism economy. Without spectators, golfers, and volunteers taking advantage of Blaine’s restaurants and hotels, the town is missing out on as much as $50 million in tourism revenue says Blaine community development director Erik Thorvig.

Golf fans looking to watch the tournament from the comfort of their couches can tune in Thursday through Saturday morning on the Golf Channel and Saturday afternoon and Sunday on CBS.