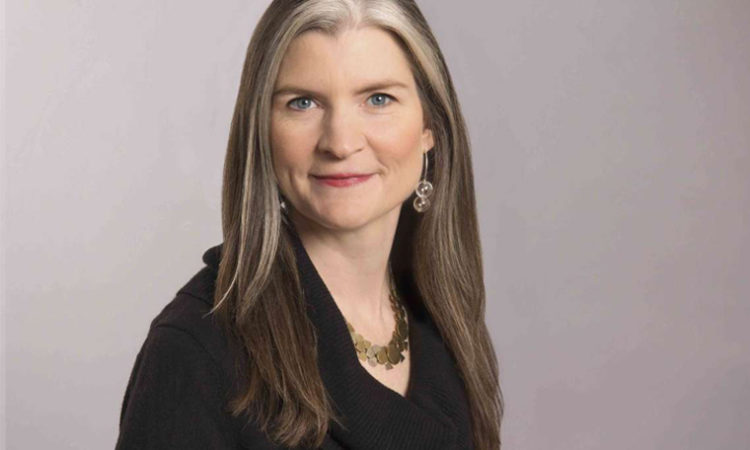 Ceruti will assume the Walker post following more than 20 years in the business and 17 years as executive director and chief curator with nonprofit art institution SculptureCenter in Long Island City, New York.
By Amanda Ostuni
November 13, 2018

After almost a year without an executive director—the top leadership position at the Walker Art Center—the museum has finally found its new leader.

The Minneapolis institution on Tuesday named Mary Ceruti its new executive director, a role she will step into starting in late January next year.

Ceruti brings more than two decades of experience as a curator and an arts executive. For the last 17 years, she’s headed the SculptureCenter in Long Island City, New York—a comparably smaller arts center than the Walker.

“Mary's visionary leadership of SculptureCenter, her dedication to supporting the most important emerging artists of our time, and her well-known track record of attracting and developing great talent made her a tailor-made choice to lead the Walker now,” said John Christakos, president of the Walker Art Center board of directors, in a statement. “We couldn't be more excited for where Mary will take the Walker next.”

A native of Cleveland, Ohio, Ceruti began her career at the Philadelphia Museum of Art, as curatorial assistant in the Twentieth Century Art Department. She then served as the director of programs at Capp Street Project in San Francisco from 1992 to 1998, and as an independent writer and curator for institutions and agencies such as the San Francisco Art.

In her role as executive director and chief curator with SculptureCenter, a nonprofit catered largely to artists on the rise, Ceruti oversees the entire program, including planning and organizational development. She has also spearheaded two major building projects, and dozens of solo and group art exhibitions on top of special projects and commissions by more than 50 international artists.

SculptureCenter board member Fred Wilson said in prepared remarks that Ceruti has amassed a reputation in the industry for her dedication to artists she’s showcasing.

“One strength that sets her far apart from others… is her connection to, and understanding of, artists,” said Wilson. “She understands our needs, sees our brilliance when others may not, and gives us unwavering support for our quest to create the ‘new’ … Mary gets it and will put the wind behind your sails.”

Adam Weinberg, Alice Pratt Brown Director of the Whitney Museum, added in a statement that Ceruti had indeed transformed the modest, artist-run SculptureCenter into “a dynamic, internationally recognized hub.”

For the directorship position with the Walker, Ceruti was chosen from a final pool of ten applicants.

“The search committee was impressed by the breadth, depth and diversity of candidates,” said Walker board member and search committee chair Andrew Duff. However, “Mary's commitment to both artists and community stood out to us all.”

Ceruti steps into a role vacated by Olga Viso, who resigned in November 2017 amid controversy over “Scaffold,” an installment at the Walker’s Sculpture Garden. The “Scaffold” dispute, centered around a sculpture modeled like the gallows that were used to hang 38 men from the Dakota tribe in Mankato during the 1862 U.S.-Dakota War, received international attention at the time of its announcement. The piece was later broken down and given to Dakota elders.

Ceruti will be the Walker’s third consecutive female executive director when she takes over. As the Star Tribune notes, she’ll be moving from a staff of only 14 people at SculptureCenter to commanding the Walker’s workforce of more than 200 employees. She’ll also be inheriting the Minneapolis museum’s existing body of more than 14,000 artworks—a very different scenario than SculptureCenter, which describes itself as a non-collecting institution.

Ceruti herself compared the two institutions in a statement. She acknowledged that SculptureCenter is a smaller organization with no collection, and said they have inverse approaches to art – the Walker looks at sculpture or other artwork from an interdisciplinary perspective, while SculptureCenter looks at the interdisciplinary field of contemporary art from the perspective of sculpture’s history and legacy.

Yet, she described the different approaches as “two sides of the same coin,” adding that she believes both institutions have a commitment to art and artists as “catalysts in contemporary culture.” Both institutions have a history of commissioning artwork as well as introducing artists to audiences at early stages in their careers.

“The Walker has been a trailblazer in identifying the experimental and influential art and artists of its time… I am honored to be selected as the next director of this great institution,” said Ceruti. “I am looking forward to partnering with international artists and colleagues, the Minneapolis community, and the experienced and dedicated staff and board of the Walker to build on its world-class collection and ambitious programs.”