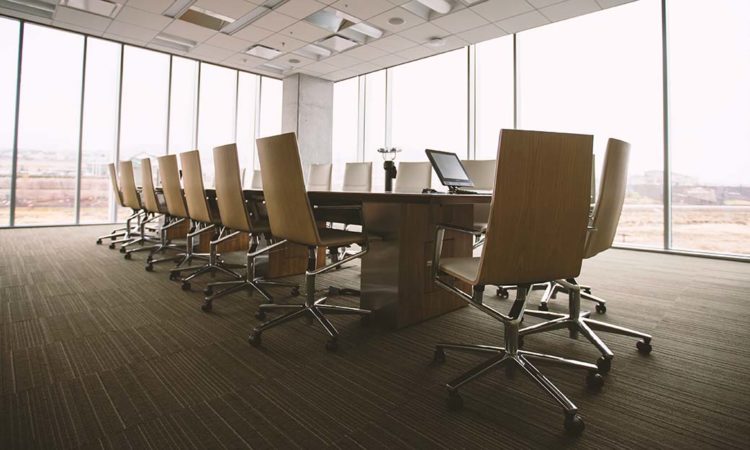 Photo by Benjamin Child via Unsplash

In 2021, women held 26.6 percent of the board seats at Minnesota’s largest publicly traded companies. But the number of women in executive roles still lags the national average
By Dan Niepow
April 21, 2022

Minnesota’s largest publicly traded companies are heeding calls for improved gender parity on their boards, though the number of women in executive roles is still falling behind the national average.

That’s according to the results of the 2021 Minnesota Census of Women in Corporate Leadership released Tuesday. The yearly report produced by St. Catherine University examined women’s representation at Minnesota’s 79 largest publicly traded companies. As of June 30, 2021, women held 177 seats on the boards of those companies. That means women held 26.6 percent of board seats, marking an all-time high in Minnesota, according to the report.

“The findings demonstrate that the representation of women of color and white women on boards has accelerated and now mirrors national benchmarks, although both are far below parity with men,” St. Catherine researchers wrote in the report.

BIPOC women gained 13 corporate board seats last year, marking a 54 percent increase over the prior year. Despite those gains, BIPOC women held just 5.6 percent of board seats at companies included in the census. Report writers described that figure as “sparse representation considering that women of color make up 21.4 percent of the U.S. population.”

And while the “equity zeitgeist” that began in 2020 has led to an uptick in women on corporate boards, it hasn’t yet produced significant changes in the makeup of public companies’ executive ranks, according to the census.

“The presence of women in executive roles is a critical pipeline for continued growth of representation on board seats,” wrote St. Catherine University president ReBecca Roloff in an introduction to the report.

The release of the annual census coincided with TCB’s Women in Leadership event, held Tuesday in downtown Minneapolis.

Diane Fittipaldi, a St. Catherine associate professor who worked on the census, said that the report shows that change happens “when outside stakeholders put pressure on corporations to diversify their boards.”

“This year marked the crossing of a key milestone (more than 1 in 4 board members is a woman) and we made impressive gains in BIPOC female board representation,” Fittipaldi said in an email. “This is a direct result of the pressure coming from state legislatures around the country requiring board quotas, from the NASDAQ ruling and from the social unrest, which made issues of diversity and inclusion front and center. Corporations increased the size of their boards to make room for women at the table.”

It remains to be seen whether those same forces will lead to more women executives, though.

“Unfortunately, the same pressure does not exist when it comes to diversifying the rank of executive officer in these same corporations,” Fittipaldi said.