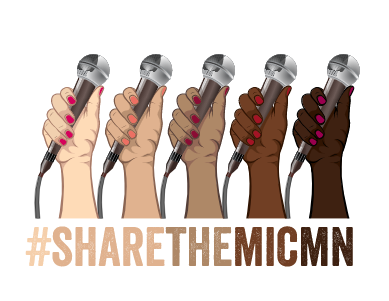 A collaboration with #SHARETHEMICMN aims to amplify the voices of young women working to overcome opportunity gaps by pairing them with business leaders.
By Jenna Grundtner
January 28, 2021

Two local organizations focused on advancing women of color are teaming up to amplify the work, lives, and stories of young BIPOC leaders in Minnesota. Women’s Foundation of Minnesota and #SHARETHEMICMN, an effort launched last summer, have embarked on a three-month collaboration, that places junior leaders at the center of conversations and solutions by pairing them with state change makers to “share the mic” on social media.

The #SHARETHEMICMN program, founded last June by former corporate executive-turned-consultant Jasmine Stringer, aims to amplify the voices and reach of Black women in business and politics by pairing them with white allies for “takeovers” of their social media platforms.

WFMN is using the partnership to spotlight its Young Women’s Initiative of Minnesota launched with the governor’s office in 2016. The program serves young women, ages 12 to 24 in demographic groups identified for their opportunity gaps and aims “to create a state where all young women thrive,” according to its website. The takeovers will occur on the fourth Friday of each month. Follow along at called #WFMNXSHARETHEMICMN.

“Sharing the mic is one way we are building, yielding, and sharing power with young women who hold solutions for the most pressing issues of inequity,” Lulete Mola, chief strategy and innovation officer at the Women’s Foundation of Minnesota, said in a press release. “We must shift every system to ensure young Black, Indigenous, and women of color thrive because when they thrive, all young women, families, and communities will thrive.”

The “microphone” will also go to current members and alumna of the Young Women’s Cabinet, appointed by the governor’s office, who have been trained as policy advocates, engaged in leadership development, and directed nearly $1 million in grants to nonprofits and individuals to advance equity, as well as WFMN Innovators who received micro grants investing in their ideas.

“I’m excited that we are hearing from these younger voices that are already doing impactful work and that more business leaders have decided they want to be a part of the campaign,” said Stringer (read more about her on this year’s TCB100 list). “We’re seeing that the campaign is still very much needed, and our work is not done; it’s just the beginning.”

Stringer said when the Women’s Foundation of Minnesota reached out to her to collaborate with #SHARETHEMICMN, she knew it would be a natural fit. She hopes to continue partnering with more organizations and businesses in the near future.

“This is an awesome opportunity to share your story and elevate important conversations that we are already having on a small scale,” said Raie Gessesse, an alumna of alumna of the Young Women’s Initiative Cabinet who was paired this month with Rochester Mayor Kim Norton. Gessesse is now Midwest Program Manager at IGNITE National, a program building the next generation of female political leaders. 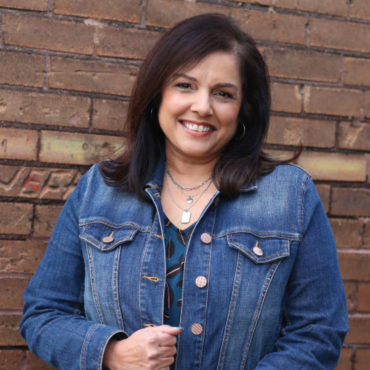