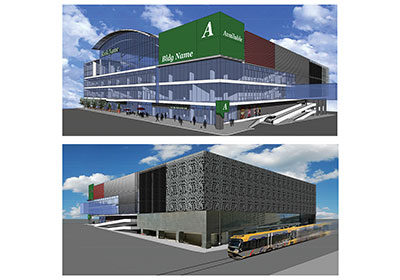 Why The St. Paul Macy’s Won’t Be A Block E Failure

The vacant Macy’s store in downtown St. Paul will not likely turn into that city’s version of the Block E disaster. Excelsior-based Oppidan Investment Co. is hammering out a redevelopment plan that is not heavily dependent on retail, a commercial category that remains a tough sell in downtown St. Paul. Oppidan is teaming up with the St. Paul Port Authority, which paid $3 million in early 2014 for the largely windowless behemoth.

The project is anchored by the unlikely combination of a pharmacy and hockey: a new Walgreens store (built out by another developer) and a practice facility for the Minnesota Wild. Beyond that, the recast Macy’s could include office tenants, medical space and restaurants.

Paul Tucci, vice president of development with Oppidan, says that retail/restaurant will be focused on street-level Wabasha Street space and will account for about one-third of the roughly 95,000 square feet that will remain to be leased, about the size of an old Kmart store.

“We’re looking at a brewery, that’s one of the tenants. We’re talking to restaurants, office users, things like that,” says Tucci. “We’re talking to some health club users. They could take big chunks of space.”

As of late fall, Oppidan had some letters of intent but no signed leases. The current project budget is a little more than $50 million, and it will include a public subsidy of $11.5 million to $12 million in tax increment financing.

Louis Jambois, president/CEO of the Port Authority, says the subsidy is necessary to pay for the “extraordinary costs associated with retrofitting” the vintage building, including new elevators, HVAC and a new faÃ§ade. Tucci estimates that construction won’t start until fall 2016.

“I think it’s a well-located asset that can be a successful redevelopment,” says Mike Wilhelm, senior vice president locally for Chicago-based Zeller Realty Group. Wilhelm thinks tenants will be drawn to the central location, on-site parking and light rail proximity of the former Macy’s store.

But Tucci says that many details remain in flux for the Macy’s overhaul.

“It’s an ambitious project obviously, but no one has said we’re nuts,” says Tucci. “At least not to our face.”