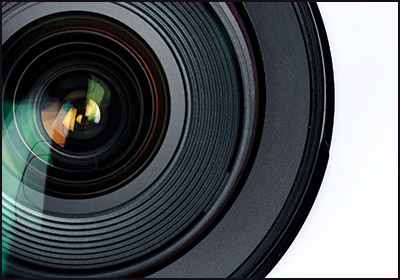 Why MN Is A Rising Star In The U.S. Filmmaking Industry

Minnesota moves beyond playing a bit part in the multibillion-dollar film and TV production industry.
By Dale Kurschner
May 01, 2014

First-time visitors to New Ulm still occasionally bring up how much they feel like they already know the community because of what they saw in the 2009 movie New in Town. “There’s a bit of pride in that,” says Audra Shaneman, president and CEO of the New Ulm Chamber of Commerce. “Not every town can say it was featured, whether fictionally or not, in a movie with big-name stars.”

The film’s stars, Renee Zellweger and Harry Connick Jr., weren’t really in New Ulm, however. Neither was the rest of the cast or production crew, or the estimated $8 million spent making the movie. Instead it was shot in Canada (Selkirk and Winnipeg, both in Manitoba)—yet another example of how, since about 2001, it had become much cheaper to produce elsewhere movies depicting Minnesota stories and settings.

But in a surprising plot twist, Minnesota has suddenly regained its status as an affordable place to make motion pictures. And its available talent in this industry, along with other recent developments and plans, may soon elevate the state’s standing as one of the better places in the country to make movies (see “Minnesota’s on the Map” sidebar).

It’s a remarkable turnaround considering how bleak the outlook was for the local filmmaking industry as recently as two years ago. By then, a decade of missed major movie opportunities had bruised Minnesota’s ego as well as its pocketbook. Besides New in Town, other Minnesota-set movies shot elsewhere in the last 10 years included Miracle (2004), Juno (2007), Leatherheads (2008), Gran Torino (2008), Public Enemies (2009) and Contagion (2011).

Considering these six movies alone had budgets totaling an estimated $286.5 million, Minnesota lost out on at least $477 million that could have employed thousands of Minnesotans and helped fill its tax coffers, based on multipliers used by a consultant working for the Minnesota Film and TV Board (see “Moviemaking Multipliers”). The trend also hurt because not that long before, the state seemed to be on top of the moviemaking world beyond Hollywood.

Minnesota’s on the Map

• Minnesota is returning to the movie-making scene with a vengeance and may soon become one of the better places in North America to produce feature-length films due to a confluence of recent events:

• Producers of two feature-length films made in Minnesota last year chose this location primarily because of its talent. Their films beat 4,055 other films vying for a spot at this year’s Sundance Film Festival and wound up winning two of only 16 awards presented for non-documentaries.

• The State of Minnesota has allocated $10 million for rebates to films, TV shows or commercials that have at least 60 percent of their production done in the state. It’s the largest amount of such funding in state history, and this “Snowbate” of up to 25 percent places Minnesota among the 15 most affordable states for such work.

• The Iron Range Resources and Rehabilitation Board provides a reimbursement of up to 20 percent for movies filmed in its territory. Combined with the Snowbate, a movie produced on the Range can be reimbursed for up to 45 percent of its costs. This is one of the nation’s most generous filmmaking incentive packages.

• Efforts are underway to open a movie set and soundstage this summer on the Iron Range, where two movies are already scheduled to start filming and five more are in the works.

• All of these developments are generating momentum that will be directed toward advancing the creation of a four-year professional degree school of cinema production at the University of Minnesota.

Minnesota produced 70 feature-length movies during the 1990s, at least 20 of which were led by major studios and/or received theatrical distribution. Along the way, it developed a local filmmaking industry that threatened to rival that of any other state outside of California. By 2001, the motion picture and sound recording industry in Minnesota employed a record 5,505 people and generated more than $272 million in economic activity ($335 million in 2010 dollars), according to Minnesota Film and TV.

The state’s success back then was due to momentum that built once Disney decided to film The Mighty Ducks here. The movie was released in 1992; Disney went on to film two more Mighty Ducks movies and launched its theatrical production of The Lion King at the Orpheum theater in Minneapolis. Disney even held one of its annual shareholder meetings in Minneapolis in those years. Meanwhile, other films such as Grumpy Old Men fostered a reputation for Minnesota as moviemaking-friendly.

In 1998, however, Canada began providing financial incentives to attract such projects. Minnesota had started an incentive program in 1997 known as Snowbate, but it quickly paled in comparison with Canada’s much higher production incentives, along with those of a fast-growing list of other states. As a result, film production here dropped by more than 50 percent between 2001 and 2011, and fewer than 10 movies made in that period were significant in terms of backing and theatrical release. In that same period, the local motion picture and sound recording industry lost 1,713 jobs, or 31 percent, as its overall economic output dropped by 39 percent, or $132 million, according to the U.S. Department of Commerce’s Bureau of Economic Analysis. 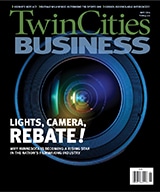 This trend also hit Hollywood hard. The Milken Institute estimates California lost 36,000 jobs and $2.4 billion in wages between 1997 and 2008. The number of movies wholly or partially filmed there fell from 272 in 2000 to 160 by 2008. Only recently has California begun offering film-production incentives and more aggressively marketing itself as a place for filmmaking.

The Milken Institute points out that California still ranks among the top five locations in North America for filmmaking (the others are Vancouver, Montreal, Toronto and New York). But competition continues to strengthen, and producers now consider several other states to be preferable filming locations. Topping their lists are Louisiana, Texas (Austin), Michigan (Detroit), New Mexico (Albuquerque), Washington (Seattle), and Illinois (Chicago), based on local talent, ease of filming, financial incentives and access to studios and soundstages.

While much of Minnesota’s feature filmmaking went elsewhere during the last 13 years, Minnesota’s industry was able to maintain a pulse due to its strong television base (besides four network news stations, it’s home to Shop HQ, ValueVision’s home shopping channel, and Colleen Needles’ TV production company, Tremendous! Entertainment); increasing demand for filmmakers’ expertise among the state’s ad agencies (Minneapolis is home to more ad professionals per capita in the country besides New York); growing video-related messaging for clients and employees by major corporations; and requests from producers and directors for Minnesota professionals to join them on sets for movies filmed in other locations, according to Minnesota Film and TV’s executive director Lucinda Winter.

The Twin Cities is also home to abundant acting talent, with more theaters per capita than any other metro area outside of New York, and it consistently ranks as one of the nation’s five best places to take in live theater. This robust stable of talent has quietly put Minnesota on the map for something more than cash incentives.

To the general public, such talent is most recognized when films such as Captain Phillips and Gran Torino came to Minneapolis to find their co-stars (Gran Torino also was written by St. Paulite Dave Johannson); hometown producer Bill Pohlad wins another Oscar, as with this year’s Best Motion Picture, 12 Years a Slave; and when Minnesota natives score big, such as Melisa Wallack, who was nominated for a screenplay Oscar this year for Dallas Buyers Club. But the majority of the talent in moviemaking lies in the positions that appear after the cast’s names scroll by during the credits. And it’s this talent that’s especially appealing to filmmakers scouting for a place to shoot.

For example, two films produced in Minnesota last year beat 4,055 others to show at this year’s Sundance Film Festival and walked away with two of only 16 awards presented to non-documentaries.

“We scouted Michigan because of the tax incentives there and we also looked at Canada. There were a lot of places we could have gone to make it. But it was about the people,” says Chris Ohlson, one of the producers behind Kumiko, the Treasure Hunter. The movie is about a lonely Japanese woman who journeys to rural Minnesota to seek out the money buried in the snow by a fence post in the movie Fargo, which she believes is real (see “Could the Money Really Be There?”). The movie was well received at the film festival, where it won the U.S. Dramatic Special Jury Award for Musical Score.