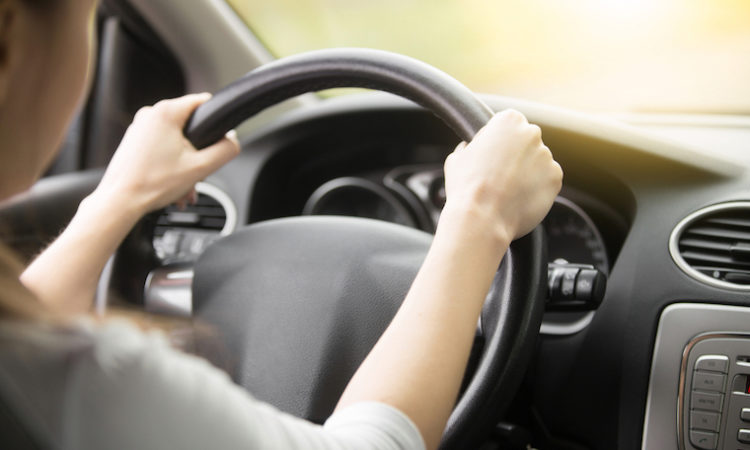 [Editor's note: This story was originally published in April. We're reposting now in light of Uber's recent safety study, which reported more than 3,000 sexual assaults during its rides in the U.S. in 2018.]

I picked up a man in his twenties from a bar in downtown Wayzata. It was about midnight, and I was driving for Uber as I had many nights before in the months prior. During the 15-minute ride out to his suburban home, he repeatedly told me I was pretty and asked me out more times than I could count—not the first time I’d encountered that sort of behavior from a drunken man in an Uber, or a bar for that matter. I pulled into his dark driveway, put the car in park, and began to wish him a good evening—as I did with every passenger when I dropped them off. But the next thing I knew, the guy was stooped across the car’s center console and over me, his hands holding my arms by my side, trying to kiss me. His breath smelled like stale beer.

I managed to maneuver my leg out from under the steering wheel and kneed him in the chest. He fumbled back and out of the car, curse words flying. I locked the doors, drove down the street, and reported the incident to Uber via the app.

I never heard back from Uber.

I was living in downtown Minneapolis after moving from North Carolina for a journalism internship a year prior. After I had finished the internship but before I found my gig as the associate editor here at TCB, I worked full-time as an Uber driver. The money was decent, there was no training required, and the hours were flexible—allowing me to prioritize applying to and interviewing for journalism jobs.

Typically, I would work from 4 p.m. until 4 a.m.—the most lucrative shift due to covering rush hour, bar openings and closings, and any late-night stragglers. The night-crawlers.

I was a 23-year-old woman. There aren’t many of us working as Uber drivers, and I’d argue, there are probably even less of us working the graveyard shift.

According to a 2016 survey by SurveyMonkey Intelligence via RideshareGuide, only about 20 percent of rideshare service drivers are women. Furthermore, only 19 percent of all rideshare drivers—not just women—fit into the 18 to 29 age group.

If I had a dollar for every time someone got into my car and immediately said, “I’ve never had a female driver before” or “You’re the prettiest/hottest driver I’ve ever had,” I could’ve retired by 24.

During my time as a driver, it became immensely commonplace for male passengers to sit in the front seat. Once a guy who had originally sat in the backseat, got out of the car at a stoplight to move to the front seat. There was frequent staring and some arm stroking—to which I would pull my arm away, uncomfortably shift towards the driver’s side door, and tell them to keep their hands to themselves. There was the occasional pat on the leg. I got called “babe,” “baby,” “sweetheart,” “darling,” you name it. Comments about my appearance, questions about my personal life and relationship status, and threats towards my boyfriend at the time all became the norm. Once I even lied and told a man I was married to try to shut him up. His response? “Well, not for long.” I was offered money in exchange for sexual favors—”you called the wrong service if that’s what you’re looking for,” I once told a guy. I was given phone numbers and invited to parties, and private hot tubs, and bedrooms. Once a guy even asked what I wanted engraved on my tombstone—I listen to too many true crime podcasts to be okay with that question.

I drove with a knife and pepper spray stashed in the pocket of my car door. There were several occasions where I slipped my knife under my left leg for easier access because I felt so uncomfortable.

And then there was that fateful night in November which prompted me to hang up my Uber badge forever and wait tables at a local diner—despite the undesirable schedule and my disdain for omelets—for several more months until I started my current job in January.

As it turns out, I’m not alone in my experiences.

A Guardian article from 2017 features a woman who says that Uber did nothing after she reported sexual assault by two passengers in 2015.

In July, The Charlotte Observer reported that a man, already listed prior to the incident on the North Carolina Sex Offender Registry, had been arrested and charged with assault on his female Uber driver.

An article published in Bloomberg in December reports that a Facebook support group, some 10,000-plus members deep, exists for female drivers, and most posts include stories of sexual harassment.

Comparably, many female passengers, and a few friends, confided in me about how they had experienced uncomfortable incidents as passengers of male drivers at some time or another. Turns out, they weren’t alone either.

Last year, a CNN investigation found that at least 103 Uber drivers in the U.S. in the past four years have been accused of sexually assaulting or abusing passengers.

A 2018 report by the National Council for Home Safety and Security says that almost a quarter of their surveyed women reported an uncomfortable encounter with an Uber driver. Breaking it down further, “Nearly 13 percent of female Uber riders said they were made to feel uncomfortable, nearly 10 percent said they were hit on, and five percent said the driver called or texted them after the ride.” Almost three percent reported assault or near assault.

A number of female-only rideshare services have attempted to launch in response to the problem, but many either couldn’t get off the ground or failed shortly after inception—See Jane Go and Chariot for Women being two recent examples of startups that fizzled.

After their own uncomfortable Uber experiences and being inspired by the Me Too Movement, three students in an entrepreneurship class at Susquehanna University in central Pennsylvania—Jen Thorsheim, Julia Bodner, and Hannah Gruber—began researching why these companies failed, creating a business plan for their own female-only rideshare company. Called Fairy Godmother, the trio were finalists in the 2018 e-Fest Entrepreneurship Challenge at the University of St. Thomas.

“We think [other female driven rideshare startups] failed because they didn’t really narrow down their target market,” Thorsheim says. While Susquehanna University is so small that Uber isn’t much of an option, Thorsheim had some experience with Uber while studying abroad in London, and says she knew girls at other universities who took Ubers whenever they went out at night.

So what’s different about Fairy Godmother’s proposed business model? Thorsheim says they plan to partner with colleges and universities instead of marketing to the masses. The service—which at this point is just in the initial planning phase—would recruit drivers from female organizations on campus, such as sororities and female empowerment clubs, and market solely to female college students.

If they do move forward, they’ll likely have to figure out how to deal with claims of discrimination based on gender—legal issues faced by the many similar companies before them. While Thorsheim says Fairy Godmother would hire male employees internally but not as drivers, they are not sure how they would legally defend excluding male passengers. Then there’s the question of people who identify as non-binary or transgender, for example.

Those questions are unlikely to be addressed any time soon, though, as Thorsheim and her partners have put their ride share plans on hold while establishing their new post-graduate careers.

But my own experiences as an Uber driver convinced me that female-only rideshares are worthy of continued investigation. I champion Fairy Godmother and others like it to keep on keepin’ on. Because, sure, I picked up some strange women during my time driving for Uber, but none of them ever climbed over the center console to try to kiss me.