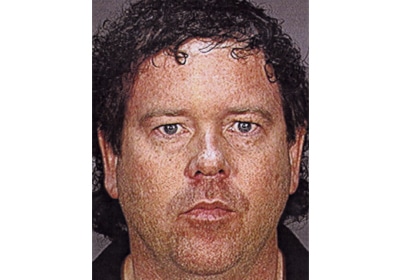 Prosecutors call Randy Miland a “serial fraudster” as this is his third such run-in with the law over defrauding investors.
June 20, 2016

After losing his chiropractic license last year over swindling allegations, serial fraudster Randy Miland was indicted on Thursday for stealing $575,000 from clients and investors.

Miland, 62, now faces five counts of mail fraud and one count of money laundering for supposedly operating a Ponzi scheme. This is now Miland’s second time being caught running such a scheme. In 1999, he was convicted on five counts of theft by swindle for promising victims big returns on an investment deal he had with Blockbuster, the now-defunct video rental chain. That previous case settled with Miland owing his victims more than $1.5 million in restitution payments, of which little to none has been paid off to this day.

“He used fake investments to steal people’s life savings before, and now he’s done it again,” Minnesota Department of Commerce commissioner Mike Rothman said in a statement. “As the indictment alleges, Randy Miland is a serial scam artist with no regard for his victims.”

A number of Miland’s purported victims are his patients at his chiropractic practice. Some of those claiming Miland defrauded them are elderly. Others remortgaged their homes or gave Miland what they had saved for a down payment on a house.

“One gal waiting for a heart transplant gave him her money for the operation,” Shoreview resident Randy Harvey told the Star Tribune. Harvey claims Miland still owes him about $70,000. “He never has apologized to his victims,” he added.

Court filings indicate Miland’s latest spree of fraudulent activities took place between 2010 and 2014. The $575,000 he allegedly stole was used to pay off personal expenses, including the court-ordered restitution to victims of his prior scams. Prosecutors said Miland also used the money he acquired, which ranged from $10,000 to more than $100,000 investments, to partially pay back other investors—essentially the textbook definition of a Ponzi scheme.

Miland, a White Bear Lake resident, served a 55-month prison sentence for his 1999 conviction. Two years after completing that sentence, in 2004, he pleaded guilty to charges of wire fraud in a high-yield investment scheme and was sentenced to 41 months in prison.

A detention hearing regarding Miland's latest charges—which could land him in prison for as much as 30 years—is set to take place on June 13.