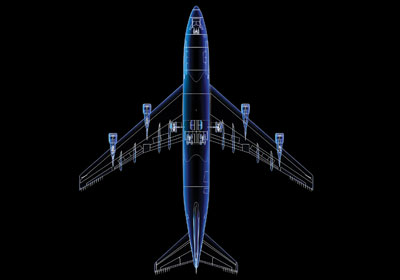 Where Airplanes Go To Die

Fortunately, very few commercial planes end their lives in a fiery crash; most need to be dismantled. Over the next two decades, an estimated 12,000 aircraft will be retired, according to the Aircraft Fleet Recycling Association (AFRA), which is good news for Burnsville-based Aircraft Demolition, the only business of its kind in Minnesota, and one of a small handful across the country.

After discovering the need for aircraft recycling during his years as a mechanic and technical instructor in structural repair at Northwest Airlines, Tim Zemanovic decided to start his own business. Seven years after founding Aircraft Demolition with his wife, Erin, the company has the capability to recycle over 85 percent of an aircraft airframe, with a goal to reach 95 percent by 2020.

A team of 10 travels worldwide disassembling, recycling and selling aircraft parts, as well as demolishing old or damaged aircraft for commercial airlines, military, leasing and insurance companies, including entities such as Boeing, Delta Air Lines and NASA.

“We never thought we’d be working with NASA, or for that matter that they would be calling us,” says Erin.

Today, there are a total of 30 AFRA-accredited companies worldwide, and only three with multiple accreditations; Aircraft Demolition is one of them. “Aircraft Demolition is the only [U.S.] company that has the disassembly of aircraft, [engines], and other aerospace materials, and the recycling of aerospace materials certifications from AFRA,” according to industry trade website Aviation Pros.

The AD technicians are efficient. Once they’ve removed any reusable parts and hazardous materials, their crew can demolish and recycle any commercial airplane within a day, with the exception of a Boeing 747, which usually takes two days.

“On average, we [handle] around 20 planes a year, but it varies. One of our best years was when we demolished nine planes (Boeing 727s) in seven days,” Zemanovic says. Even though demolishing a plane is rather quick, removing parts can take anywhere from two weeks to two months, which ultimately determines the number of planes they handle from year to year.

The business has generated a rather unexpected spinoff: Aero Art Shop, where a team of artists repurposes non-reusable aircraft parts into pieces of furniture, home dÃ©cor, and other art pieces. And in 2014, the Zemanovics opened Jet Yard, a storage and maintenance facility outside Tucson, Ariz..; the dry air is best for preserving aircraft and parts. —Kate LeRette