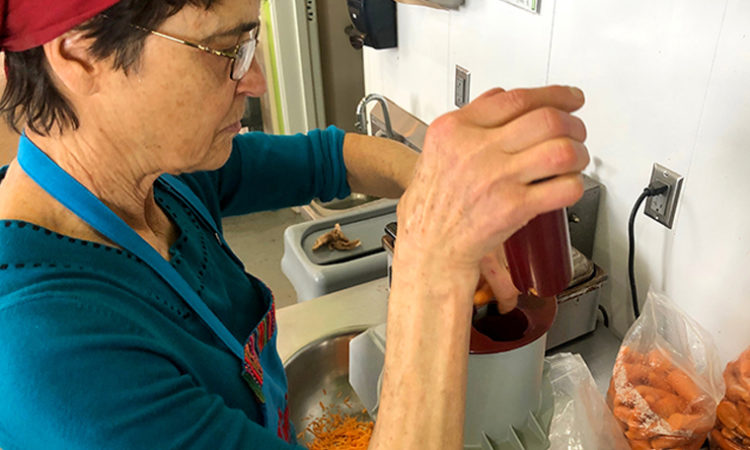 The Food Innovation Team is an eight-member group that includes two more food system advocates, as well as representatives from the state health and agriculture agencies and a couple people from county health departments.
By Taryn Phaneuf
January 03, 2019

Judy Harder is fond of the cooler, which stands opposite the front door at Jubilee Market & Peacemeals, the store and restaurant she and her husband, Steve, built on their small patch of land in Mountain Lake. Crates full of beets, cabbage, and other produce sit on the shelves, and the display — the lights, the elbow room inside — are a step up from attempts over the last eight years to store the vegetable crops the Harders grew on their farm.

During their first summer, they had 10 members in a CSA and they stored the extra food on a few shelves in their own fridge. As the farm grew, Judy wondered where they’d store everything. First they needed a separate fridge. Then they expanded to their basement. After five years, they’d outgrown all their options, so they built a small warehouse just off the road on their farm and called it Jubilee Market. There they filled shelves with jams, salsas, and pickles. All the while they sold food from other farms as well as their own.

Before she retired, Judy, 64, also worked as a dietician. She spent her days telling people how to live healthier lives. “I always felt like I didn’t get very far,” she said. Steve was a family doctor. Their work took them all over the world in their early years, but they spent the last two and a half decades living in Mountain Lake — a small town southwest of Mankato along state highway 60. Now their operation includes groceries and a restaurant, where they serve seasonal farm-to-table fare to a community more accustomed to burgers and fries.

“Someone looking for organic or local has a real tough time. That’s part of why we started this. But it’s bigger than that,” Harder said. It also gives her an outlet to share her point of view on the environment, health, and justice. “It’s slow. But little by little, I feel like we’ve been able to make some change.”

Three years passed before they realized their business was, in fact, illegal.

Some time this spring, when asparagus was in season, Harder recalled, she received an unexpected visit from a food inspector who was concerned about the way they sold cottage foods — canned goods Harder makes herself in her commercial kitchen — alongside retail items.

In June, the inspector told Judy she should stop pickling and canning, something she still gets emotional talking about. “I didn’t take that very well,” she said.

The birth of the LFAC

Harder learned firsthand what others in Minnesota have been trying to fix: that food laws in the state often confuse and frustrate small, innovative business owners. Farmers, chefs, or market managers trying something frequently run into a hazy set of food safety rules whose application is up to interpretation by state agencies and local licensors.

For example, if Harder sold her pickles and jam out of her house — mere steps away from the market — she could do it without a license or inspection fees because that would make them “cottage foods.” That’s because the state’s cottage foods law was updated in 2015 so home cooks could sell year-round out of their home or over the internet instead of only at a farmers markets. But crossing the threshold of Jubilee Market crosses a boundary in the law, which is written to protect consumers who may not understand the difference in oversight between a jar of Pace salsa and Judy’s. 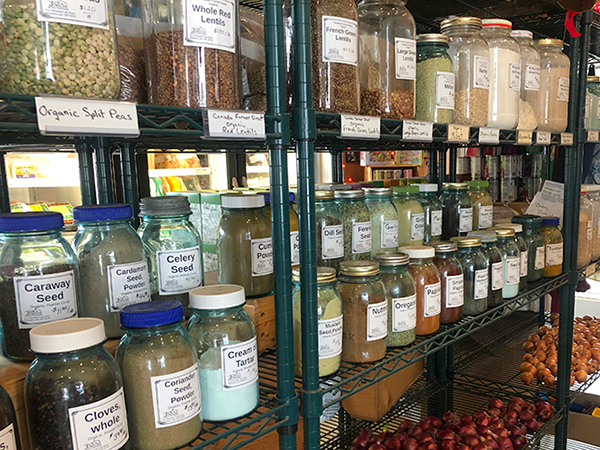 “You don’t know what all the rules are until you’re neck deep in it and you realize you’re doing it wrong,” said Sara George, a farmer who manages the Wabasha Farmers Market. She had to untangle a licensing issue when she tried to turn the market into a food aggregator so they could sell produce to schools and hospitals.

Farm and food business advocates from the Minnesota Farmers Market Association and the University of Minnesota recognized the problem five years ago and started working more closely with state and local regulators so they could help frustrated food business owners. The need became clear after a foodborne illness outbreak was traced back to eggs purchased at a farmers market. In response, people working all over the food system formed the Local Food Advisory Committee (LFAC), a group that met regularly to share information and pinpoint obstacles to the local food movement.

“The first couple of meetings were tense,” said Kathy Zeman, MFMA executive director. “We didn’t know each other. From my perspective as a farmer and a farmer selling at a farmers market, I could see that it appeared that rules were being interpreted differently at different markets.”

Eventually, several dozen people, from foodies to food regulators, started meeting quarterly in person or over a conference line, spending half a workday discussing state food policy. Their long-term plan now involves rewriting the rules as necessary so that they work better for “little ag,” Zeman said, without compromising food safety. The group had a hand in a law passed in 2014 that allows farmers market vendors to offer samples of the food they’re selling. A year later, Minnesota updated its cottage foods law.

But that is just the beginning. Often, LFAC’s role is to help people navigate existing licensing laws by reinterpreting the rules or morphing a business plan to make it legal. When the Wabasha-Kellogg School District started shopping at the local farmers market for food to serve in the cafeterias, for instance, the nutrition director had to pay with petty cash. Setting up vendor accounts with each farmer would be cumbersome. George, the market manager, came up with a solution that required making the market a licensed wholesale food handler. But getting a license proved cumbersome because the market didn’t fit the formula the inspector was used to.

At first, the inspector refused to certify her, so she turned to LFAC for help. “Had I not had a team … I guarantee I would not have gotten a license. I heard ‘No,’” George said. “If you hear a ‘No’ from the Department of Agriculture, you feel like, ‘No’ means ‘No.’”

This fall, a multi-year effort to spin off their work into an official state-sanctioned initiative succeeded. The state Food Safety and Defense Task Force set up a subcommittee they’re calling the Food Innovation Team. Zeman and Jane Jewett, associate director of the Minnesota Institute for Sustainable Agriculture (MISA) at the University of Minnesota, lead the eight-member group that includes two more food system advocates, as well as representatives from the state health and agriculture agencies and a couple people from county health departments.

Their first case was Harder’s.

Harder felt overwhelmed and discouraged when she realized she’d have to stop selling her canned goods or, if she took the route initially recommended to her, pay hundreds of dollars to have her recipes tested and approved by the U.S. Department of Agriculture. She sells less than $8,000 worth of jams, pickles, and salsas each year. The price tag wouldn’t be worth it.

She’d never heard of the Food Innovation Team but through a series of referrals, she brought her case to them in November. The committee talked through the relevant law and quickly drew up a recommendation that would reduce the costs to have recipes reviewed and samples tested if she opted to go through the USDA. In the meantime, she could advertise the canned goods in the store, but she’d have to keep the real stock outside. The simple gesture of exiting the store to make the sale would sufficiently separate cottage foods from retail.

It’s not ideal. Harder doesn’t sell as much now because the display is small and less attractive, she said. But she’s working toward the USDA option now that the price tag is lower. She’ll start with turning an abundance of cabbage into sauerkraut, submitting the recipe and requisite samples, and learning the approval process from there.

“I sort of see my way through,” she said. “I’m just very thankful there is a group like that.”

Jewett says an inspector’s no isn’t always permanent. But people feel intimidated by inspectors when they’re alone and don’t know the rules. “When they hear no, too often they just give up.” Leaning on the relationships they’ve formed since 2013, LFAC laid the groundwork for the Food Innovation Team, which will meet six times a year to review cases, hoping to find a “pathway to yes.” Their recommendations will add into a database to help streamline the process for more business owners down the road.

No one wants to set off food safety alarms, Zeman said. But they don’t want to choke a small business either. She sees it as the Food Innovation Team’s duty to ensure something like Jubilee Market & Peacemeals flourishes.

“She’s innovative. She’s answering a need in her community,” Zeman said of Harder. “The last thing anyone wants to stop is good economic development and good local entrepreneurship.”