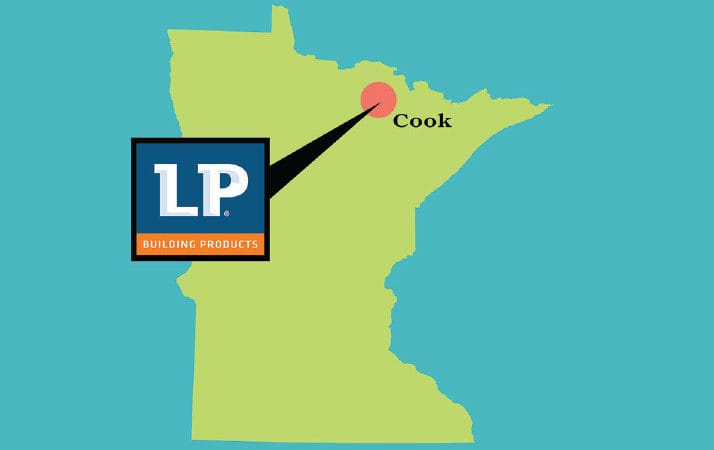 What Ever Happened to Louisiana-Pacific’s State-Backed Plant in the Iron Range?

Back in 2016, state legislators and Gov. Mark Dayton hammered out a deal that called for nearly $70 million in various state subsidies to encourage Nashville, Tennessee-based Louisiana-Pacific Corp. to build a wood-siding plant in Hoyt Lakes on the Iron Range. State leaders initially kept a lid on the company’s identity, arguing that the project’s scale—a budget approaching $400 million, with up to 250 new jobs—warranted the Spy vs. Spy routine.

But more than two years later, it’s an open secret: Louisiana-Pacific has not built a siding plant in northern Minnesota and has yet to announce any definitive plans to move forward. The company shifted its focus from Hoyt Lakes to Cook, where it bought a site in 2016. In 2017, the company announced plans to convert a plant in Dawson Creek, British Columbia, to produce siding and said it would continue to work on “feasibility plans” for the site in Cook and another in Quebec.

“It will probably be sometime late next year or early 2020 before we make a decision on the next siding mill,” says Bush Bernard, an LP spokesman. “After that, it will take a year or two to have the next mill operational.”

Mark Phillips, commissioner of the state’s Iron Range Resources and Rehabilitation Board, was one of the key players negotiating with LP. He notes that a new CEO took the company helm in mid-2017, which meant building relationships with new leadership.

“We’ve had a bunch of disappointments,” says Phillips, “but it hasn’t changed the end game.” He acknowledges that a “best-case scenario” at this point would be for the company to make an announcement in late 2019 for a plant that would open in 2021.

“They didn’t buy it just to hang onto [the site],” says Phillips. “We’re still very confident that they’re going to do something in Cook.”