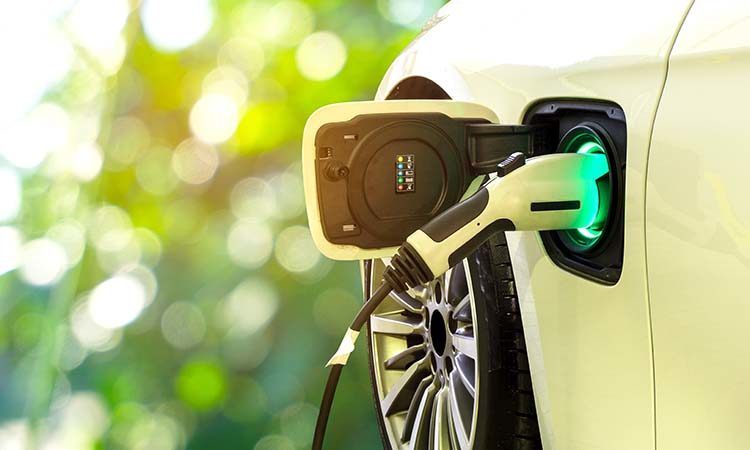 California has unique power to write its own emission rules, and other states can either follow California or adopt the federal regulations, which are less stringent. Shutterstock

Gov. Tim Walz's flagship climate program was the target of sharp political backlash. Now, its impact could be limited, as the program could last just one year.
By Walker Orenstein
September 08, 2022

In his first year in office in 2019, Walz announced Minnesota would follow California in requiring automakers to provide more electric vehicles for sale in Minnesota. Republicans have repeatedly bashed the decision to act unilaterally and, in their view, force EVs on uninterested drivers.

It all came to a head last year, when Walz’s commissioner leading the Minnesota Pollution Control Agency resigned rather than get fired by the Republican-led Senate.

After all that, the regulations could now be short-lived — lasting just one year — because of a new move by California.

California has unique power to write its own emission rules, and other states can either follow California or adopt the federal regulations, which are less stringent. So what happens when California decides, as it announced last month, to dramatically change its rules by opting to ban the sale of most new gas-powered cars by 2035?

States like Washington and Massachusetts have said, “We’re in.” Not Minnesota – at least not yet.

Minnesota officials say they will have two options: revert back to the federal standards, or join California in imposing a far stricter new rule to more quickly reshape Minnesota’s transportation sector, which accounts for about a quarter of the state’s overall greenhouse gas emissions.

Walz’s regulators say they’re focused on implementing California’s old standards, even if they will only be in effect for a year.

“Our focus right now is to build out electric vehicle infrastructure and increase choices so that electric and hybrid vehicles can be a great, affordable option for those who want them,” said Andrea Cournoyer, an MPCA spokeswoman. “We will continue to follow the Minnesota plan.”

The federal government regulates auto emissions in part because it doesn’t want a confusing patchwork of regulations for automakers to navigate. But California does have authority to set its own regulations, a power that dates back to the 1960s when the state was trying to battle smog.

Other states can’t write their own regulations. But they can adopt California’s rules, and many of them have.

In September of 2019, Walz announced his intent to adopt a pair of California mandates: one governing low-emission vehicles (LEV), and one regulating zero-emission vehicles (ZEV). The pair are meant to work in tandem, cleaning up traditional gas vehicles while stimulating Minnesota’s lagging market for electric vehicles.

The low-emission vehicle standard requires auto manufacturers to produce traditional gas cars for sale in Minnesota that pollute less. The rules are less controversial, in part because they largely match Obama-era regulations that were mostly aligned with California, rolled back by Trump, and then aligned again under President Joe Biden with current California rules.

But the zero-emission vehicle standard has drawn far more debate. It requires auto manufacturers to meet quotas for delivering more electric, plug-in hybrid or hydrogen-powered cars for sale in the state.

In order to meet the ZEV standard, the MPCA estimated in 2020 that EVs would need to make up between 6.2% to 7.4% of new light-duty vehicle sales of manufacturers in Minnesota over the 10 years between vehicle model year 2025 and 2034. State officials expected new EV sales to rise even without the California regulations, though not by as much.

The regulations were officially adopted last July despite opposition from auto dealers who worried the rules would hurt their sales and cost them money, and from Republicans who argued the standards would effectively force EVs on people who didn’t want them and before the technology is practical, especially in rural areas.

Little over a year later, however, California is drastically changing those rules. In late August, California officials adopted a plan to require all new cars sold by 2035, including SUVs, pickups and vans, to be what they describe as zero-emission vehicles.

The plan doesn’t impact sales of used cars. People can still buy new traditional gas-powered vehicles in other states. And the rules allow some plug-in hybrid cars, which use gasoline. But the change is nevertheless significant. The regulations begin in model year 2026, when 35 percent of new vehicles delivered for sale by car makers must be electric or plug-in hybrid. But it ramps up over time.

State officials have long held that Minnesota doesn’t have to automatically follow California’s new standards. But Minnesota can’t just keep what it has now either. The MPCA has to decide whether to adopt the stricter regulations or revert back to federal standards. But that decision does not have to be made immediately, or really any time soon.

Minnesota’s rules for zero-emission vehicles technically begin in model year 2025, which starts in January of 2024. The program could then run for just one year before Minnesota would have to return to less stringent federal regulations, unless the state chooses to implement the tougher California rules. Minnesota could adopt the California model year 2035 sales ban at any time before or after the end of the local program here, according to MPCA officials.

Unlike California’s new standards, the old ZEV rules Minnesota just adopted will not get tougher over time. Because Minnesota signed onto them late in their course, the zero-emission vehicle quota for auto manufacturers would have plateaued after 2024.

The program could also bring some benefits before 2024. The complicated ZEV rule sets up a credit system for manufacturers to comply with. And, in an effort to entice early adoption from the industry, the rules say manufacturers can start getting credit for delivering ZEVs already.

But there is certainly an impact from California setting new rules. Without the ZEV regulations at all in Minnesota, there would be no quota for delivery of electric vehicles whatsoever.

That means the actual climate impacts of Walz’s regulations could be significantly muted. The state in 2020 said their regulations were likely to reduce greenhouse gas emissions — including both vehicle tailpipe emissions and the electricity and fuel production used to power them — by 8.4 million tons in the first 10 years the LEV and ZEV standards were implemented. The rules would also reduce other dangerous pollution, which the MPCA said would improve the health of state residents. (For context, light duty trucks in Minnesota emitted 15 million tons of carbon emissions in 2018 alone, according to state data.)

But the standards will only run for one year. And MPCA officials said they did not have updated estimates of pollution reduction.

The MPCA maintains adopting a truncated Clean Cars standard was worth doing. It’s one part of a larger strategy to build a stronger market for electric vehicles and reduce carbon emissions in the state.

California’s rules and the plans of car makers like General Motors may also drive EV adoption nationwide regardless of what Minnesota regulators do. And the Biden administration is considering new LEV standards for after 2025 and beyond that the MPCA says will continue to reduce pollution.

“Minnesota is currently focused on implementing clean car standards that we adopted in 2021 and working with the federal government to build out the electric vehicle charging network,” said Cournoyer, the MPCA spokeswoman.

Yet for Walz, vehicle regulations were a centerpiece of the governor’s accomplishments on climate action. The Republican-led Senate has stymied much of his carbon cutting agenda, and the GOP fiercely tried to stop Walz from implementing the regulations without new legislative approval.

If Walz’s GOP challenger Scott Jensen wins, the Clean Cars standards might not go into effect at all.

“I would say that in January we will stop that right then and there,” Jensen said at Farmfest in early August, arguing an electric pickup truck won’t have enough range for practical use in a cold Minnesota January. “This is a crisis.”