What Business Thinks—Are You Ready To Rock? 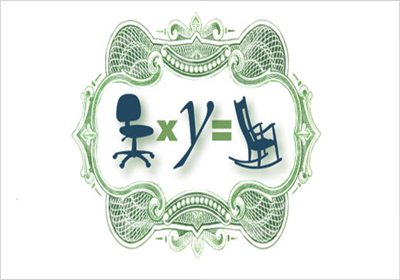 Overall, respondents to the What Business Thinks survey feel good about their pending retirements. But just more than half (52 percent) believe that they will have the same or an even better standard of living than their parents had.

The economy—both the recent state of markets and investment returns, and long-term issues, such as the high cost of health care—is casting a shadow. Only 32 percent of respondents believe that they will worry less about money than their parents did, and 11 percent are afraid that their lives will be diminished and that maintaining a home could be difficult in retirement.

Work will be in the picture for just more than half of respondents (51 percent). The social aspect is a stronger motivator than money is—52 percent of those who plan to work will do so to stay busy, but 43 percent say they’ll need the income or the health insurance, or that the income will ease their personal finances in retirement.

TCB readers plan to support favorite causes when they retire, but while they’ll give more of their time, most don’t plan to do the same with their money. A majority (53 percent) say they’re very likely to volunteer more for organizations they care about, while just 29 percent say it’s equally likely that they’ll contribute more money in retirement.

It seems that survey participants want the next generation to follow the good example that they’ve set by starting to save early. Two-thirds (67 percent) of survey respondents say that they started saving for retirement between the ages of 18 and 34.

In late 2006, Thrivent Financial gathered information from 2,500 baby boomers nationally through its Thriving in Retirement survey. Comparing the results of that survey with those from the What Business Thinks survey provided some interesting insights.

The good news is that it appears that most Minnesota business leaders have taken the issue of retirement preparation more seriously than the national sample has. Just more than half (51 percent) of respondents to the What Business Thinks survey have done serious calculations or planning on their own to estimate retirement income and needs, and 43 percent have gone through a formal retirement planning process with a financial advisor. That compares with 34 percent and 16 percent respectively in the national survey—which, by the way, targeted people who were 60 years old or older!

People worry, naturally, about the unknowns that retirement represents. Will there be enough money to last? Will health problems take away their ability to enjoy life? Those are the top two issues (55 percent and 21 percent, respectively) that respondents chose when asked what might prevent them from accomplishing what they want to during retirement.

They worry about the unexpected on their way to retirement, too. Illness (42 percent), loss of their own or a spouse’s job (22 percent), and a dive in the stock market (20 percent) are the top three concerns when respondents think about what could damage their retirement plans and savings. The cost of health care is a recurring worry in respondents’ survey answers, despite the relative affluence of TCB readers—a sign of how badly the system need fixing.

But those surveyed are facing their worries with pragmatism—and maybe with new motivation after getting socked by the stock market and the drop in home prices. Asked what they would do if they came into an unexpected $1 million, by far the top two responses were investing the money for retirement savings (57 percent) and dividing the money between charities, descendents/beneficiaries, and retirement income (35 percent). Buying a luxury home and going on a shopping spree barely registered.

How the Survey was Conducted

The 2008 Twin Cities Business What Business Thinks survey was conducted by Thrivent Financial for Lutherans. More than 11,000 subscribers to Twin Cities Business were sent an e-mail invitation to participate. Responses were gathered via an online survey between September 3 and 16, 2008. The overall response rate was approximately 4 percent (493 respondents), providing a margin of error of +/- 4 percent.

More about the respondents: